"The letter I wrote to my wife, there is no stamp, and it is enclosed with 1,000 won"... reply from post office

There was a story that a man who was going to send a letter to his wife couldn't find a stamp and got a reply from the post office after enclosing 1,000 won. On the 20th, an article titled 'Today's moving story' was posted on an online community. 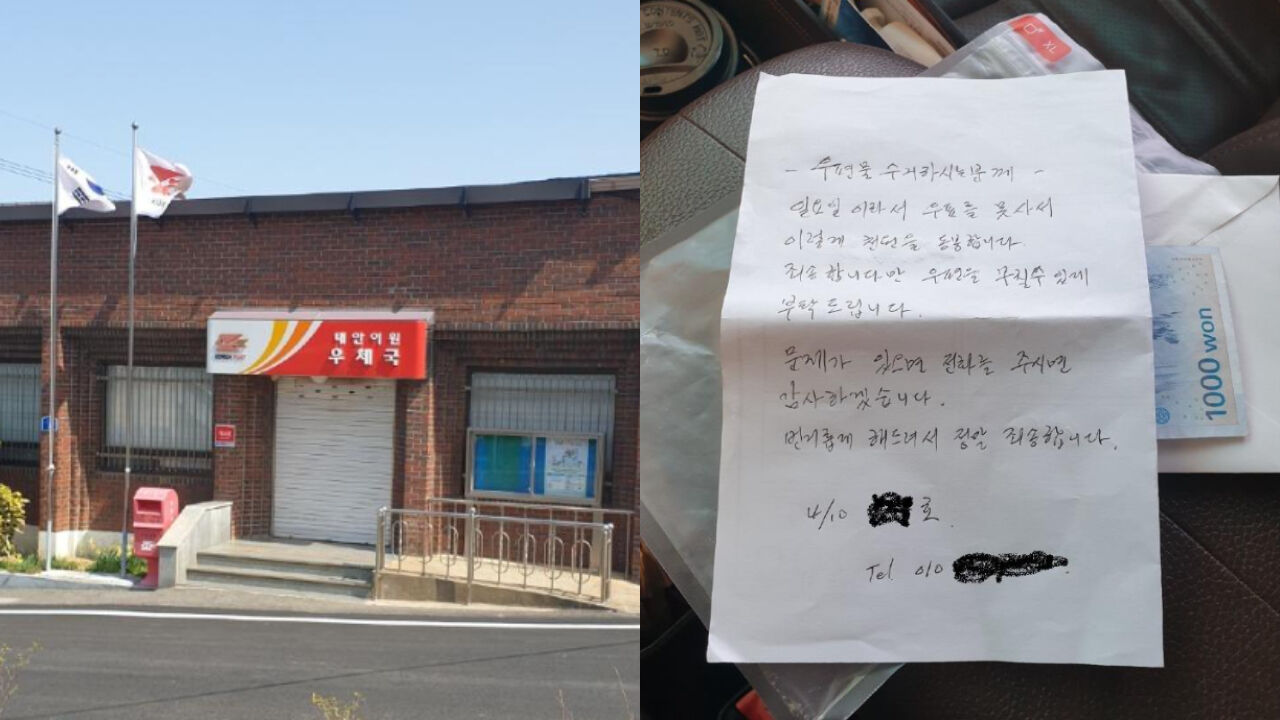 There was a story that a man who was going to send a letter to his wife couldn't find a stamp and got a reply from the post office after enclosing 1,000 won.

On the 20th, an article titled 'Today's moving story' was posted on an online community.

Author A, who identified himself as a 57-year-old daily worker, said, "I live in Ulsan, but I came to Taean, Chungcheongnam-do last month to do thermal power plant maintenance. There is," he said with luck.

He continued, "I wrote a handwritten letter to congratulate her because it was her wife's birthday soon, but there was no place to buy stamps and it was difficult to send a letter. It was even more difficult because it was in the countryside."

According to the article, Mr. A visited the Taean Iwon Post Office closest to the accommodation to send the letter he wrote to her wife on the 10th.

However, it was a Sunday, so the post office was firmly closed.

Person A said, "It's a rural area and the street was empty because it was Sunday. So I rummaged through the car, wrote a memo on any piece of paper, 'Please buy a postage stamp and submit it', and then I enclosed a handwritten letter and 1,000 won and put it in the mailbox." .

Mr. A wrote in his memo, 'To the mail collector.

I'm sorry, but I hope you can send the mail.

Please give us a call if you have any problems.

I'm really sorry for the inconvenience,' he wrote and left his contact information.

Two days later, Mr. A called the post office to confirm that the letter had been received.

He recalled that time, "The staff in charge kindly said, 'I received it well and sent it.' I was really grateful."

A week later, returning home from work, Mr. A found a letter sent from the post office.

Mr. A said, "When I saw the mail, I thought it was sent back immediately, but when I opened the envelope, there were 570 won change minus 430 won postage, a receipt, and a note I wrote. I am writing to convey my feelings.”

Finally, he said, "It is the first time since 1992 to write a letter to her wife, and I have felt a great emotion in 30 years." has finished.

To this, netizens responded, "They sent the change back and the staff is really kind", "I'm glad that the letter went to my wife", "It's a heartwarming story", "It's still a world worth living in", etc.