It has been argued that Kim In-cheol, a candidate for deputy prime minister and education minister, granted the student council request as a condition of dropping the accusation against him while he was president of the university. 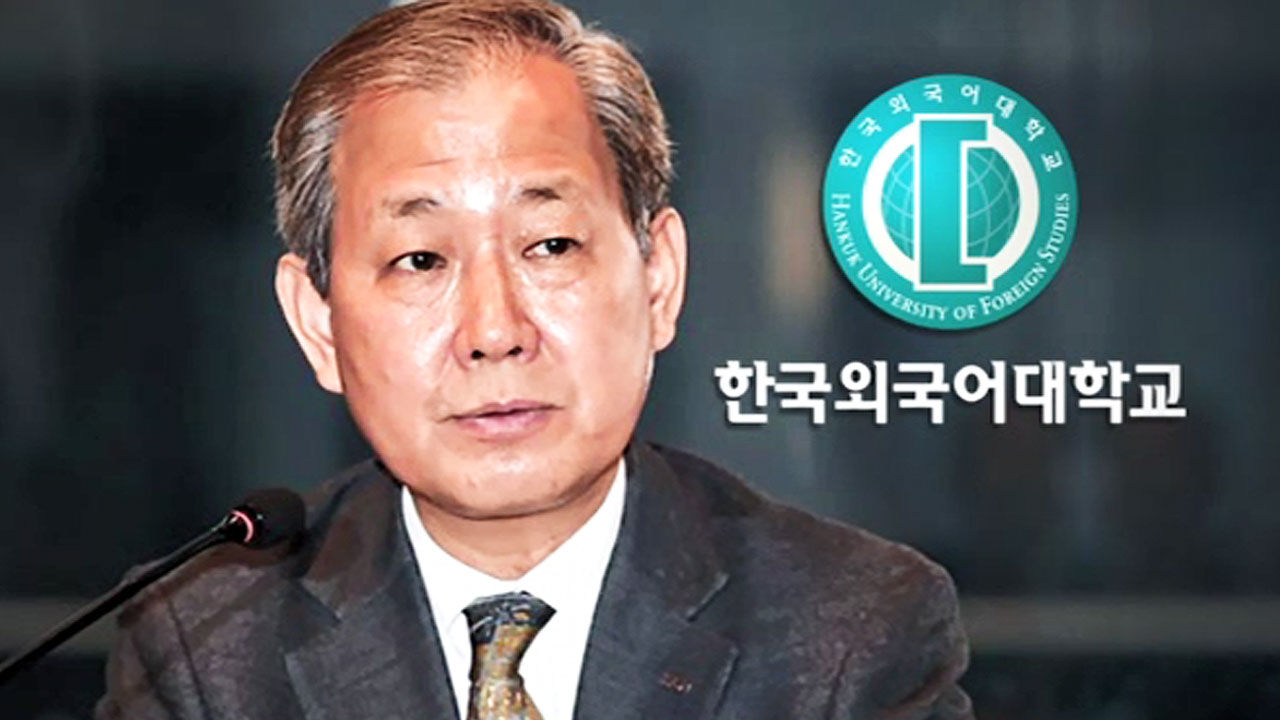 It has been argued that Kim In-cheol, a candidate for deputy prime minister and education minister, granted the student council's request as a condition of dropping the accusation against him while he was president of the university.

At the same time, a video of candidate Kim In-cheol showing inappropriate remarks and attitudes toward students was also released.

Reporter Kim Kyung-hee will tell you about this.

This is an agreement signed by then President Kim In-cheol of Hankuk University of Foreign Studies in May 2018.

He mentioned the installation of elevators for the disabled within the year in efforts to improve the academic system and eradicate sexual violence, and at the end promised an official apology regarding the special credits of a certain athlete.

In fact, candidate Kim apologized in an official letter, and elevators were installed in major buildings.

[Kim In-cheol/President of Foreign Studies University at the time (last 2017): I once gave credits to special students.

It is difficult to tell you specifically what grades were given.]

In 2013, when the student council accused the student of giving the highest grade to pro golfer student A, who rarely showed up in class, listened to the students' demands as a condition of withdrawing it. It has been argued that

[Ex-President of Foreign University Student Council: There are issues that students have been asking for over and over again.

Schools can now resolve those issues by dropping the accusation.

So we decided to drop the accusation decisively.]

In the 2020 Ministry of Education audit, candidate Kim received not only credit privileges, but also accounting fraud and unfair execution of business expenses, and was investigated by the prosecution.

[Kim In-cheol / Candidate for Deputy Prime Minister and Minister of Education: If there are any questions at the hearing, I will summarize what I need to supplement and explain.]

In an interview with students during the president’s time, the remarks he made to protesting students were also revealed.

[Kim In-cheol / then President of Foreign Studies (October 2020 President-Student Council President interview): When I say to stay still, I mean to be quiet because I am talking.

Depending on the situation, it can be done halfway.

Are you not a student?]

[Kim In-cheol/President of Foreign Studies University (February of last year): Am I your friend?

am i your friend

What did you say, now.

Write this student's name on it.]

It is pointed out that the attitude towards students is overbearing and the remarks are inappropriate.