Search for 'incest' before sexual assault at 20 months old... "I don't remember being drunk"

"I drank a lot, so I can't remember," said a 30-year-old man who hid the body in an icebox after raping and abusing and killing his 20-month-old daughter. 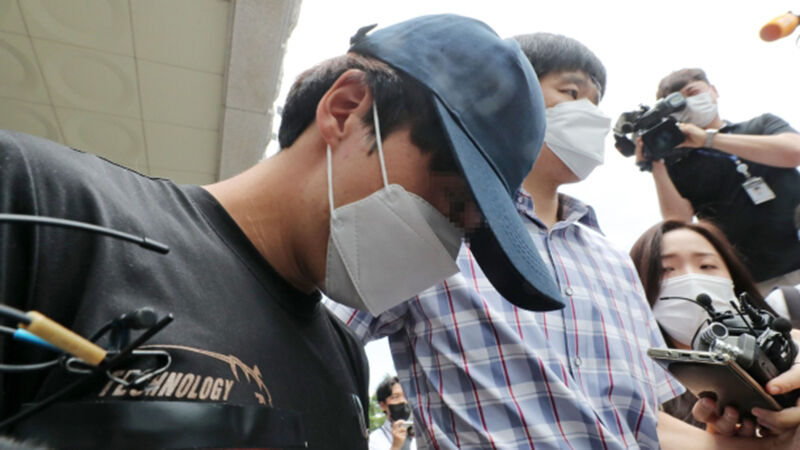 ▲ Mr. Yang, who raped and murdered a 20-month-old infant.

a 30-year-old man who hid the body in an icebox after raping and abusing and killing his 20-month-old daughter.

It was found that Mr. A searched for 'incest' on the Internet prior to the crime.

Daejeon High Court Criminal Division 1-1 (Chief Judge Jeong-mi Jeong) continued the second trial today (13th) against Yang Mo (30), who was handed over to trial on charges of child abuse and murder and rape of a minor under the age of 13.

The court and prosecutors, who conducted the interrogation of the accused, continued their inquiry with the purpose of "Have you ever asked yourself why you did such a sadistic act to the victim?" .

Yang hesitated for a while, and replied, "I don't remember," and "I drank a lot."

Then, when the judge was asked if she had often expressed affection for her child, she said, "It was not without expression."

In the courtroom that day, it was revealed that Yang had searched the Internet for 'incest' before the crime.

Based on this, the prosecution emphasized again, "Considering the defendant's propensity, sexual impulse drug treatment (aka chemical castration) is necessary."

On the other hand, the mother of the victim, Jeong Mo (26), who is being tried together for participating in the abandonment of the body of her daughter, said, "Mr. Yang was so scared and I usually beat (me and the child) frequently." "As a mother, I regret not being able to protect the child will," he said.

Previously, Yang was accused of sexually assaulting the daughter of her 20-month-old cohabitation girlfriend while intoxicated on June 15 last year, and then assaulted her dozens of times to death.

He was identified as having psychopathic tendencies with a score of 26 on a checklist called 'PCL-R' (Psychopathy CheckList Revised).

In addition, the mother, Jeong, was charged with putting the body of her biological daughter, who died along with Yang, in an ice box and hiding it in a bathroom inside the house.

The court of first instance sentenced Yang to 30 years in prison and ordered 20 years of electronic location tracking devices and 10 years of restrictions on employment at child-related organizations.

Jung was sentenced to one year and six months in prison.

The court is scheduled to hold a decision hearing on the 22nd.