Last weekend, forest fires in Yanggu, Gangwon-do and Gunwi, Gyeongbuk have continued for three days. At one time, the firefighting work was delayed due to strong winds and smoke, but now the main fire has been successfully extinguished. 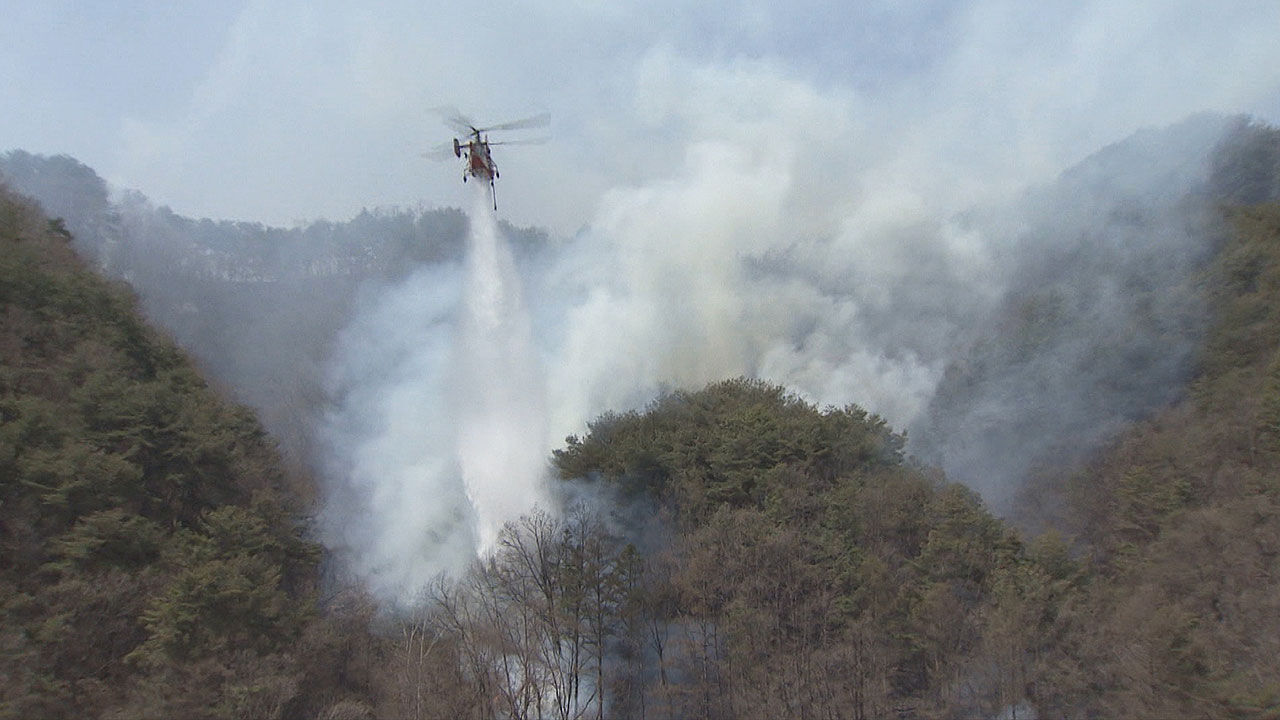 At one time, the firefighting work was delayed due to strong winds and smoke, but now the main fire has been successfully extinguished.

The fire extinguishing rate of the forest fire that occurred in Yanggu, Gangwon-do, on the afternoon of the 10th was 95% as of 6:30 am today.

The forestry authorities put in their best efforts to catch fire, including building fire lines by employing nearly 800 people even at night.

Originally, it was planned to extinguish the flames before the sun went down yesterday, but due to thick smoke and fog, the timing of the helicopter's arrival was delayed.

The forestry authorities have issued the 3rd stage of responding to the forest fire, and it is expected that the extinguishing will be completed in the morning.

Although 720 ha of forest was burned in this fire, there have been no casualties or damage to private houses so far.

The forest fire that occurred in Gunwi, North Gyeongsang Province, was also successful in extinguishing the main fire within three days.

It was difficult to access the rocky ground valley with strong volcanic eruptions and it was difficult to evolve as the embers continued to spread from the gusts of wind, but so far, the evolution rate is 75%.

Forest authorities are also predicting the possibility of completion of the evolution by the end of today, but explained that strong winds are a variable.

As a result of this fire, 347ha of forest has been burned so far, and 30 residents of 23 households living nearby have been evacuated.