The forest fire that started this afternoon in Yanggu, Gangwon-do continues. The forestry authorities have issued the third stage of the forest fire with the governor of Gangwon-do as the head of the command and are working to extinguish the fire even at night. 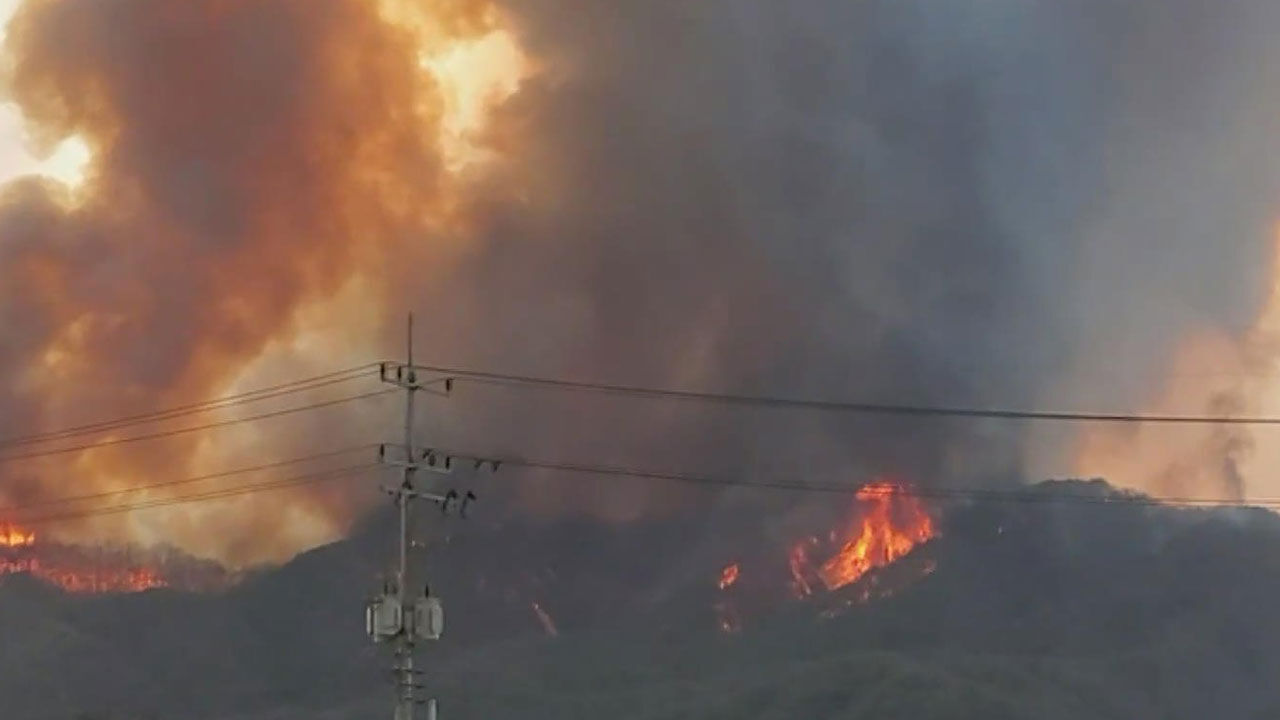 The forestry authorities have issued the third stage of the forest fire with the governor of Gangwon-do as the head of the command and are working to extinguish the fire at night.

First of all, this is reporter Han Sang-woo.

The fire spread rapidly with strong winds of 10 m/s at the time of its occurrence.

The forestry authorities put in 15 fire fighting helicopters and 300 people to extinguish the fire, but the fire was hardly extinguished as strong winds continued.

Two hours after the fire broke out, the second stage of the forest fire was issued and all firefighters were mobilized, but as the fire spread to nearby private houses and buildings, 50 nearby residents were evacuated to the welfare center.

So far, it is known that the forest damage is over 60 ha.

The fire department has raised the response level to level 3 for forest fires from 9 p.m.

The Gangwon-do governor took over as the head of the on-site integrated command center, and 50% of the firefighting personnel and all competent agencies were put in.

Prime Minister Kim Bu-gyeom ordered the head of the Korea Forest Service and the fire department to "mobilize all equipment and manpower."

Nearby residents were informed of the disaster quickly and ordered to minimize human casualties by evacuating residents and controlling hikers.

However, as night falls, the fire-fighting helicopter is withdrawn, and ground personnel are creating a line to stop the spread of the fire.

Fire officials are focused on stopping the overnight wildfire from spreading around private homes.

It is known that the fire was caused by a self-employed man in his 50s burning fallen leaves near a mountain where the fire broke out.

Police are investigating the cause of the fire against the man.