"Delicate sense of technology": what role did Andrey Yumashev, Hero of the Soviet Union, play in the development of domestic aviation

The famous Soviet pilot Andrey Yumashev was born 120 years ago. According to aviation historians, his name is on a par with the names of Valery Chkalov, Georgy Baidukov and other outstanding Russian aviators. In the 1920s and 1930s, Yumashev was engaged in testing new Soviet aircraft and set several world aviation records. After the flight from the USSR to the USA, the outstanding pilot was offered to become a Hollywood actor, but he refused and returned to his homeland. During the Great Patriotic War, Andrei Yumashev participated in the defense of Moscow, the Battle of Kursk and the storming of Berlin, and after the victory over Nazism, he changed his profession and became an artist. 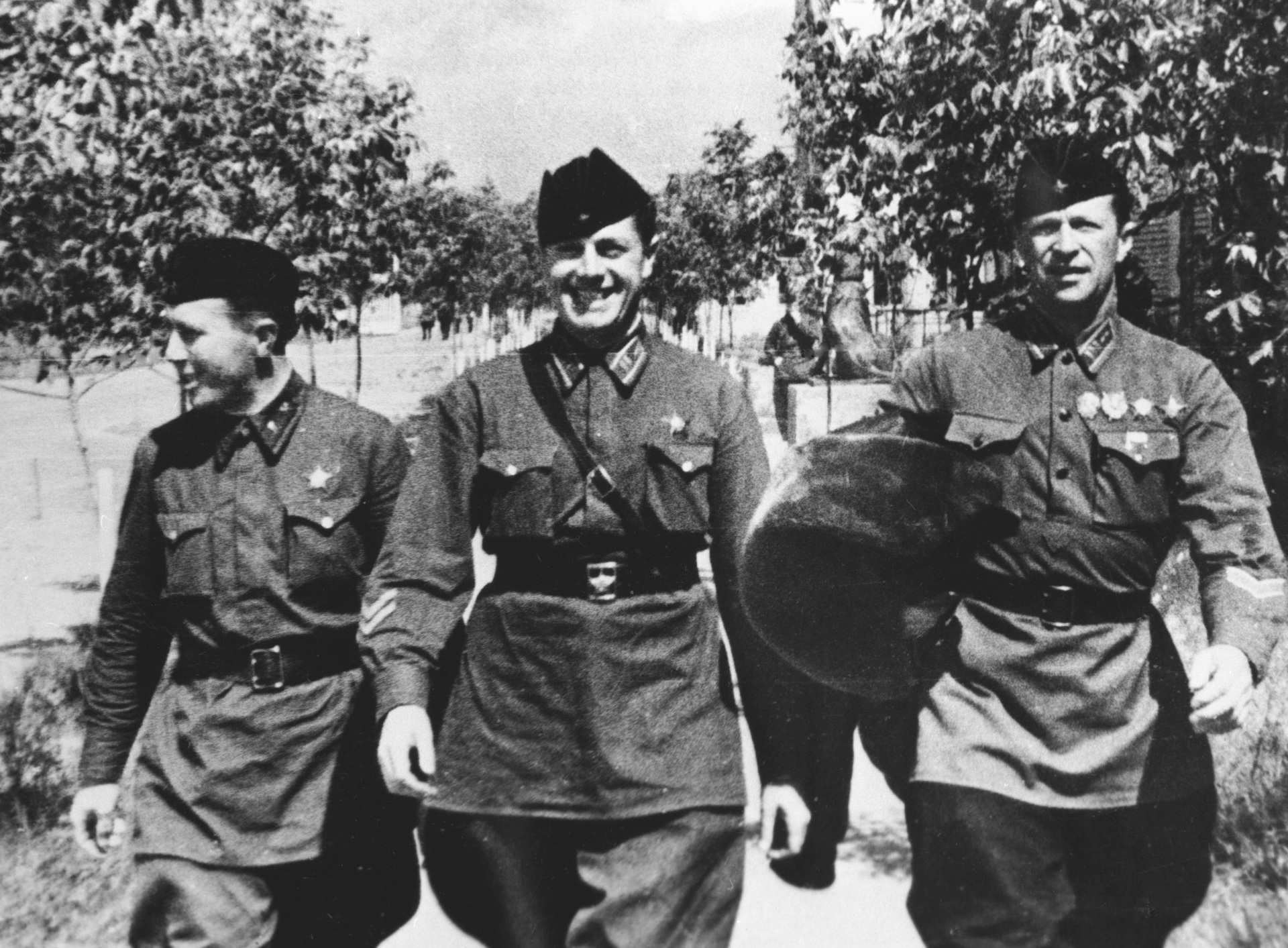 On March 31, 1902, Andrei Yumashev, Hero of the Soviet Union, was born, a test pilot who set a number of world aviation records in the 1930s.

During the Great Patriotic War, Yumashev participated in the defense of Moscow, the Battle of Kursk, the storming of Berlin and other major battles against the Nazis.

And after the victory over Nazi Germany, he changed the helm of the aircraft for an artist's brush - he took up painting and joined the Union of Artists of the USSR.

Andrei Yumashev was born into a noble family.

In Soviet times, this fact was omitted in the official biographies of the pilot, limited to mentioning that his father was an employee of the postal department.

Andrei studied at a gymnasium and a real school, and also attended classes at the Society for the Encouragement of Arts.

In his youth, he worked as a land surveyor for some time.

At first he was a soldier of the 1st mortar artillery division of Petrograd, and then, after completing military courses, he became a junior artillery commander.

Yumashev took part in the Civil War, fighting against the Wrangel and Makhnovist units on the Southern Front.

In 1923, serious changes took place in Yumashev's military career: he entered the Yegorievsk Air Force Theoretical School, from which he graduated in October of the same year.

He underwent practical flight training in Lipetsk and Borisoglebsk, and in 1925 he graduated from the Higher Military Aviation School of Air Shooting and Bombing in Serpukhov.

He designed and built his own single-seat glider, on which he took part in the III All-Union glider competition in Koktebel and received the second prize for flight range.

Yumashev was engaged in gliding for several more years, combining it with his main service - first as an air combat instructor at the Serpukhov School, and then as a test pilot at the Air Force Research Institute.

He participated in flight tests of new models of Soviet aircraft: the I-2 Bis, I-3 and I-4 fighters, the R-3 and R-6 reconnaissance aircraft, the TB-3 bomber, the ANT-9 transport aircraft, the experimental machine "Stal-6 ".

According to historians, in the 1920s and 1930s, the Soviet Union was in dire need of high-class pilots to test advanced aviation technology.

“Andrey Yumashev became a test pilot just at the time when the rise and development of Soviet aviation was taking place.

He personally had a large margin of safety, a well-developed intuition.

In addition, Yumashev had a sense of time and proportion.

He had a subtle sense of technology, so the sky allowed him closer to him than many other pilots.

He was one of the unique people who are well in control of themselves and perform flight tasks with jewelry.

This is not given to everyone and not everyone succeeds, ”said Major General Vladimir Popov, Deputy Editor-in-Chief of the Aviapanorama magazine, in a conversation with RT.

As aviation historian Nikolai Bodrikhin noted in a conversation with RT, it was Yumashev who made the first, most valuable flights for testers on a number of types of aircraft, which then played an important role during the Great Patriotic War.

In 1933, the ANT-25RD aircraft was built in the USSR, designed for long-distance flights.

Yumashev was included in one of the crews preparing to set the record.

However, the initiator of the record flight, pilot Mikhail Gromov, ended up in the hospital with gastric ulcer bleeding, and preparations for the flight stopped for a while.

In 1935, Yumashev was offered to fly over the North Pole to the United States, but he refused, because he did not know Sigismund Levanevsky at all, with whom he was supposed to fly.

Joseph Stalin personally congratulated him on this achievement, and the pilot was awarded the M-1 car for testing new types of aircraft.

In June 1937, two aircraft were planned to fly from the USSR to the USA across the North Pole at once.

However, in the end, only the crew of Valery Chkalov was sent into flight, and the crew, which included Gromov and Yumashev, was removed from the first flight.

According to one version, this was due to the fact that all members of Chkalov's team were of worker-peasant origin and were members of the CPSU (b), and Gromov and Yumashev came from noble families.

The crew under the command of Gromov, in which Yumashev was the co-pilot, set off on his record flight on July 12, 1937 from the Shchelkovo airfield.

According to historians, the flight took place in the most difficult weather conditions.

Crew members, including Yumashev himself, struggled with heavy turbulence and icing.

Having reached the city of San Francisco, the Soviet crew set a new world record for flight distance, but decided to continue moving further south.

When it turned out that the San Diego airport on their way was covered in fog, the pilots decided to land near the Californian city of San Jacinto.

Soviet pilots in the United States were greeted as heroes.

They were declared honorary citizens of Los Angeles, and a movie star girl Shirley Temple conducted a tour of Hollywood for them.

According to historians, the Americans offered Yumashev, who had a bright appearance, to act in films, but he refused, wanting to return to his homeland as soon as possible.

During the three-week tour of the cities of the United States, many official and unofficial meetings of the Soviet crew with the Americans took place.

The meeting of Soviet pilots with US President Franklin Roosevelt lasted more than an hour.

As a result, United States Secretary of State Cordell Hull said: "Diplomats for many years of work could not do what you did with your flight to bring the two nations together."

After the return of the record-breaking pilots to the USSR, a government reception was organized in their honor, which was held in the St. George Hall of the Grand Kremlin Palace.

Andrei Yumashev was awarded the title of Hero of the Soviet Union.

During the Soviet-Finnish war of 1939-1940, Yumashev served as deputy commander of the 85th Special Purpose Bomber Aviation Regiment.

Commanding the crew of the DB-1 bomber, he personally made six sorties.

In March 1941, he was appointed deputy head of the Flight Research Institute.

In the first months of the Great Patriotic War, Yumashev commanded the 2nd separate fighter aviation squadron, which defended Moscow from night air raids by the Luftwaffe, and then was sent on a government mission to the United States to resolve issues of acquiring American aircraft for the needs of the Red Army.

According to Nikolai Bodrikhin, the business trip turned out to be productive, since Yumashev participated in the selection of American fighter models that were optimal for Soviet conditions, which were then supplied to the USSR.

In 1942, the test pilot was appointed commander of a fighter regiment, and later served as deputy commander in the 3rd and 1st air armies.

From March 1943, Yumashev commanded the 6th Fighter Aviation Corps, and then became commander of the fighter aviation of the Eastern and Southern Air Defense Fronts.

“Yumashev effectively led the cover of the most important areas in the Volga region, the Caucasus and Transcaucasia, which ensured the extraction and transportation of Soviet oil.

If the Luftwaffe forces could inflict critical damage on the Soviet infrastructure here, this would have dire consequences for the entire country.

In February 1945, Yumashev was appointed head of the fighter aviation department of the Main Directorate for Combat Training of the Air Force front-line aviation.

According to Dmitry Surzhik, in this post he was directly involved in the preparations for the assault on Königsberg and Berlin.

In 1946, for health reasons, Yumashev retired and took up painting.

Becoming a member of the Union of Artists of the USSR, he made several trips to Central Asia, his paintings depicted historical monuments and people of the East.

He was a bright and colorful painter with a surprisingly subtle feeling for the East,” said Dmitry Surzhik.

For a long time, Yumashev worked at a dacha in the Crimea.

Four personal exhibitions of the pilot-artist were organized in the USSR.

Some of his paintings are now kept in Russian museums.

The fifth exhibition was dedicated to the 50th anniversary of the record flight of the Soviet crew to America and was held in one of the museums of San Jacinto, the city near which the ANT-25 landed.

According to Nikolai Bodrikhin, the name of Yumashev is on a par with the names of such prominent Soviet aviators as Valery Chkalov and Georgy Baidukov.

“Andrey Yumashev is one of the heroes who created the domestic aviation industry.

He made a significant contribution to improving the defense capability of our country and raising the international prestige of domestic aviation,” summed up Dmitry Surzhik.