An explosion occurred at an industrial waste disposal company in Ansan, Gyeonggi-do, killing two workers. It seems that the embers were splattered while welding the pipe connected to the oil tank. 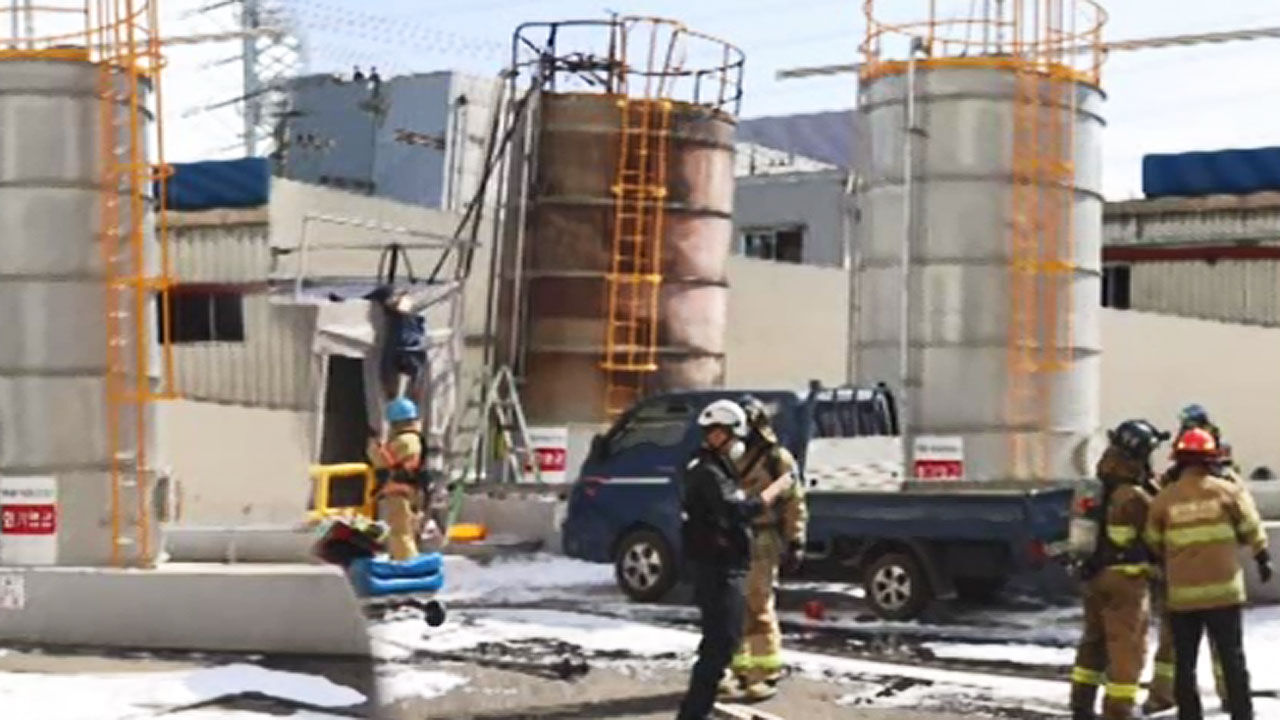 It seems that the embers were splattered while welding the pipe connected to the oil tank.

The Ministry of Labor is investigating whether the Serious Accident Punishment Act applies.

is an industrial waste treatment company in the Sihwa Industrial Complex in Ansan, Gyeonggi-do.

In the accident, two workers in their 50s who were welding pipes at the top of the tank were killed on the spot.

All of the workers killed are subcontractors.

This is the road next to the factory where the explosion occurred.

All of the factory windows were shattered due to the big explosion at that time, and as you can see, there are broken glass fragments scattered on the floor.

[Witness: (Sound) I thought it was the sound of a bomb exploding because it was too loud.

Immediately after the explosion, a tank containing 7,000 liters of waste oil caught fire, but firefighters on the scene extinguished it in 17 minutes.

An official from the Ministry of Employment and Labor said that while welding a pipe connected to a tank containing flammable waste oil, an embers appeared and appeared to have led to an explosion.

The tank where the explosion occurred was marked with a no-fire sign along with the amount of waste oil stored.

The Ministry of Labor is investigating whether this company is subject to the Serious Accident Punishment Act, such as how many regular employees it has.

The police plan to conduct an autopsy of the dead workers and conduct a joint investigation with the National Forensic Service tomorrow morning to determine the cause of the accident.