One of the most anticipated contests of Madrid Fusión 2022, the revelation pastry chef, already has a winner. The fifth edition of this contest that seeks to make known to the... 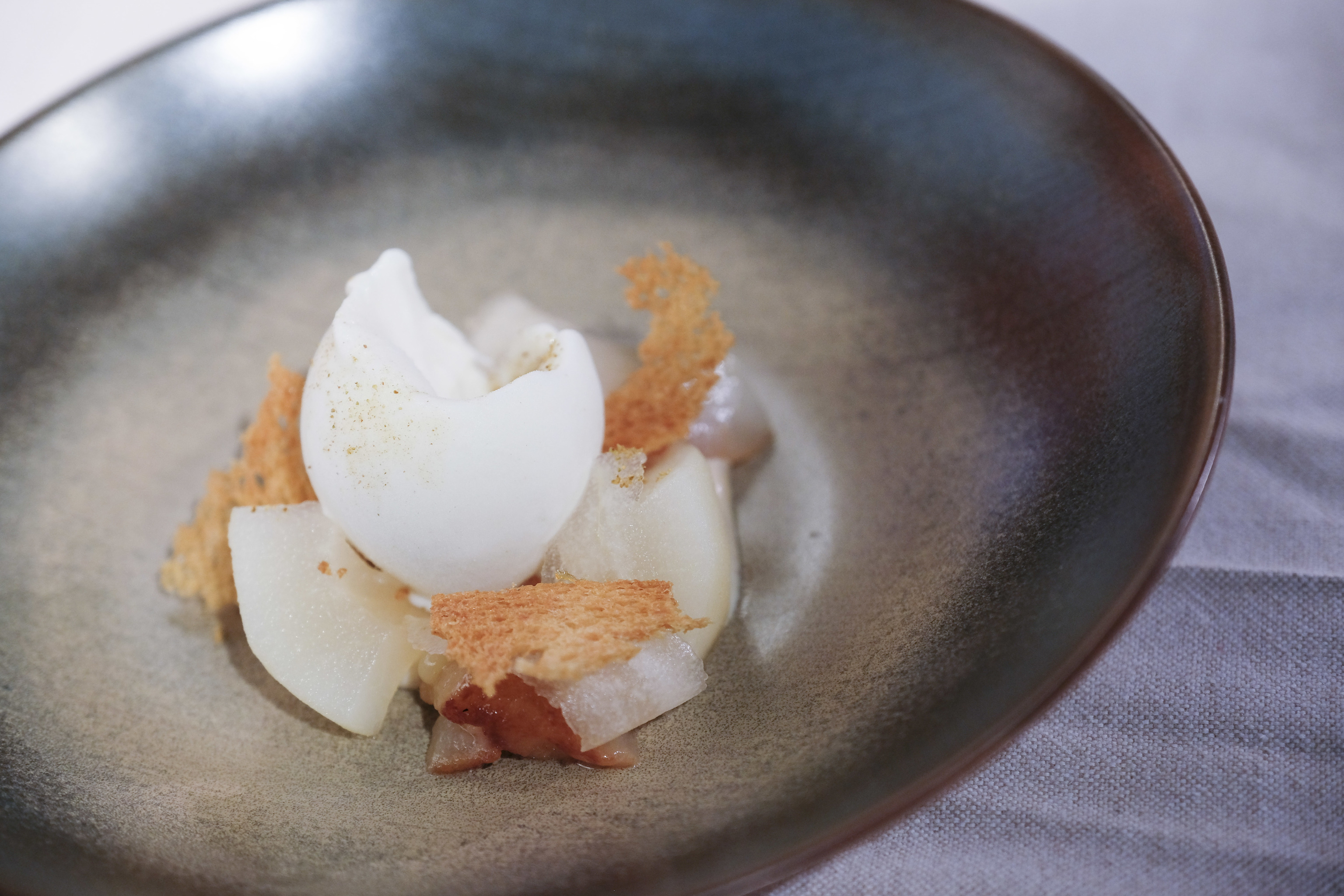 One of the most anticipated competitions of Madrid Fusión 2022, the revelation pastry chef, already has a winner

The fifth edition of this contest that seeks to publicize the most promising talents in the sweet world has a name.

This is the Valencian

(in Huesca and with a Michelin star), who has brought a pear dessert to the podium.

"The pear has been accompanied with subtle nuances of yeast, flavors of ferment and bread, which in my opinion go very well with this pear and also

bring warmth and friendliness to the dessert

," he describes, noting that it is a dessert that should be eaten all the whole parts together.

The vocation of this pastry chef - who won the award for

Best Chocolate Dessert in the VI

His family has run a rice restaurant for 40 years in his town of Valencia.

, where he, already 26 years old, has managed to carve out a niche for himself in this world.

Of this dessert, which has led him to win the first prize, he confesses that it

came about by chance:

"A supplier sent me a box of comice pears and when I peeled one I smelled a slight perfume of baker's yeast. moment it was clear to me, that was going to be the dessert," he says.

The jury, made up of experts such as Paco Torreblanca, Montse Abellà, Jordi Butrón, Puy Vélez and Estela Gutiérrez,

has valued the originality and technical perfection of the participants in this 5th Revelation Pastry Chef Award-Sibaris.

The second position went to

Angélica Locantore, from the Panem bakery

(Madrid) with her dessert called

, a sweet made with coconut, lime, blown sugar and sautéed mango with rum.

the sea, freedom and travel

a version of tiramisu where the base flavors are mascarpone, chocolate, coffee, tonka bean and hazelnut.

The finalists were completed by

from the Pandejuevo patisserie (Cee, A Coruña),

from the Casa Romántica restaurant (Gran Canaria) and