Another quick check-up line... There may be over 400,000 people at the peak of the trend 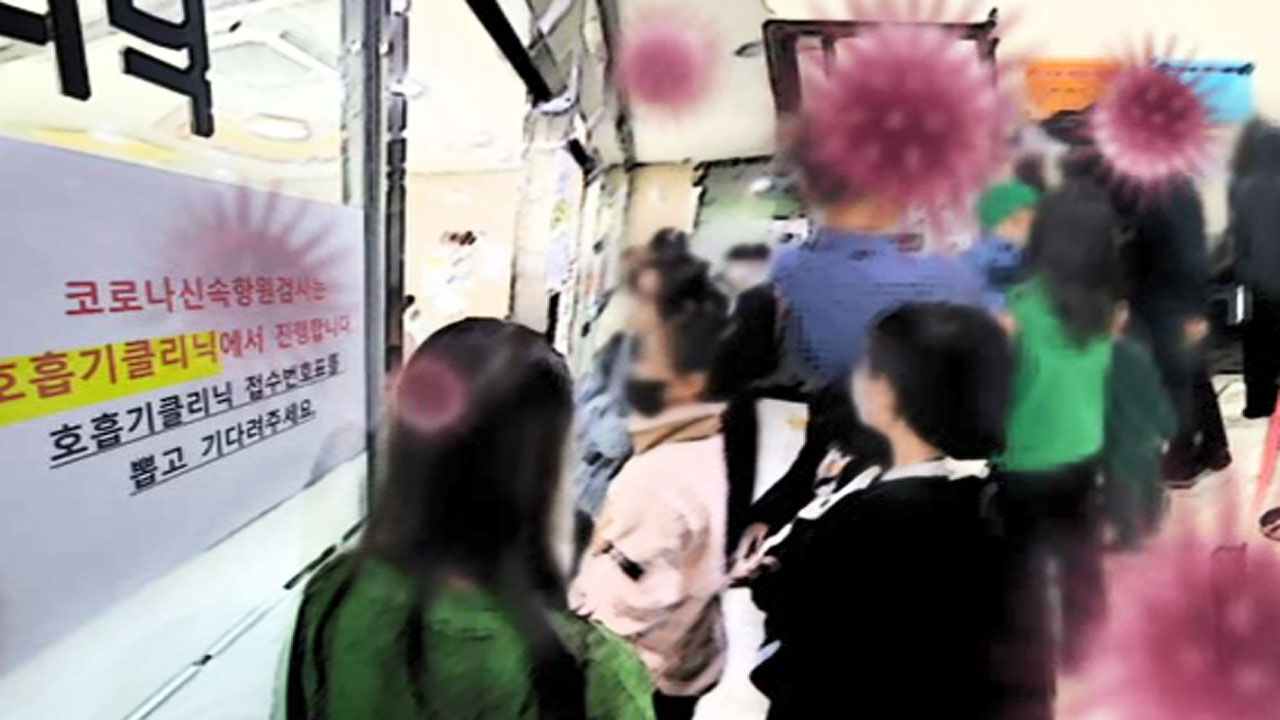 It has been around 300,000 for the last four days in a row, and tomorrow's announcement of the number of confirmed cases is likely to show the highest number ever again.

In addition, there is an analysis that the number of confirmed cases will be larger than the government forecast in the future, as people are flocking to each local hospital to take the rapid antigen test.

First of all, this is reporter Kim Deok-hyun.

As soon as the hospital door opened, people flocked to receive the rapid antigen test.

Even in the afternoon, the waiting line did not get shorter.

[(How long will it take?) It takes over an hour.

are also hospitals that have test kits in the morning.

[Seoul Yangcheon-gu Neighborhood Hospital Official: Sorry, but we ran out of kit (afternoon test) so we can't do it.]

The burden on the medical staff has increased that much.

You must enter the name of the confirmed patient and initial symptoms into the computer system individually.

[Chairman of a local hospital in Jongno-gu, Seoul: Yesterday, there were more than 50 confirmed cases.

Home counseling is not possible because the number of tests is increasing.]

In Gyeonggi Province, yesterday, 48% of confirmed cases were confirmed by rapid antigen testing at hospitals and clinics.

The quarantine authorities predicted that the number of confirmed cases would increase by 5% after the rapid antigen test was confirmed.

Therefore, there is an analysis that the average size during the peak period of the epidemic will exceed the government estimate and exceed 400,000 people.

The number of severe cases and fatalities also recorded an all-time high.

Both will continue to increase for two to three weeks after peaking, but the fatality rate is declining, the government said.

[Sohn Young-rae/Chief of Social Strategy Team, Central Accident Resolving Headquarters: The fatality rate for the last 4 weeks has been lower than 0.1%, so it is reported that the current short-term fatality rate itself is similar to the seasonal flu…

The distance adjustment plan to be applied from next week will be discussed at the Daily Recovery Support Committee tomorrow.

A key government official said that the direction is toward lifting restrictions on the number of gatherings and business hours, but the complete lifting of the distance has not yet been discussed.

▶ I don't like to prescribe it, so it can't be distributed...

“Even if there is an edible treatment, I can’t use it”

"I gained weight and my relationships deteriorated"