Do you know the captain from the Navy Special Warfare Corps, who became popular through the YouTube channel 'Fake Man'? This is Geun Lee, and he recently posted on his SNS that he was leaving to join the Ukrainian Volunteer Army. 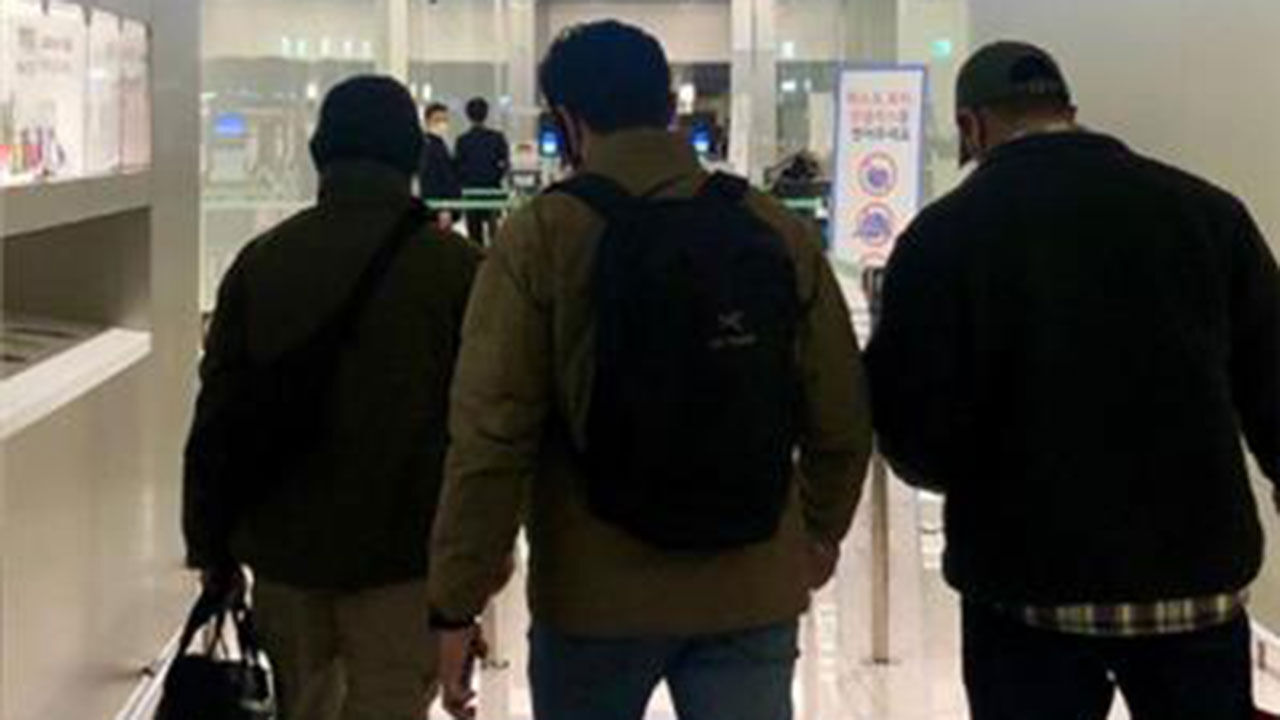 Do you know a captain from the UDT/SEAL that became popular through the YouTube channel 'Fake Man'?

This is Geun Lee, and he recently posted on his SNS that he was leaving to enlist in the Ukrainian Volunteer Army, and today (the 7th) he posted an article saying, "I have arrived in Ukraine."

Like Mr. Lee, more and more Koreans are applying to the Ukrainian Volunteer Army.

It is said that there are about 100 applicants in Korea who want to participate in the Ukrainian war as so-called 'volunteers'.

This is what the Ukrainian Embassy in Korea announced today.

The embassy also said, "There are a lot of inquiries for support for participation in the war," so it seems that the number of applicants will increase.

In order to apply as a volunteer, you must meet the qualifications. You must be at least 18 years old and have experience in the military.

It is said that the embassy receives many inquiries from people who do not meet these conditions.

When volunteers inquire, the embassy says that only those who are eligible for enlistment are guided through the relevant procedures.

The embassy did not disclose the status of Korean volunteers who actually went to Ukraine for security reasons.

'Fake Man' Lee Geun "Departure to participate in the war"

Naval Special Warfare Team (UDT/SEAL) Captain Lee Geun claimed on Instagram that he had recently departed to participate in the Ukrainian Volunteer Army, and also released a photo.

It is unclear whether or not he actually enlisted in the Ukrainian Volunteer Army, but if you look at his post on social media, he says, "If I come back alive, I will take responsibility and receive the punishment."

"When the Ukrainian president asked the world for help, 'ROKSEAL' immediately prepared for a voluntary service mission. (…) At first, they tried to leave the country through official procedures, but there was strong opposition from the Korean government and friction arose. Eventually, we If you enter a travel-banned country, you will be treated as a criminal and punished with a year in prison or a fine of 10 million won.' However, if you are punished, we will use our skills, knowledge and expertise to just stand still without helping Ukraine. (

) We did not share our plans with anyone except a few people involved. (

) The team members were personally selected by me, and if I go back alive then I will be responsible for everything and I will be punished.” ( Lee Geun's Instagram)

When Mr. Lee's post came up, comments such as "I applaud you for your courageous conviction" and "Why do you say you don't go" are running, but opinions are divided.

In particular, there is a lot of controversy about this topic as he himself said that he did not get government permission. According to an article in the news agency <News 1>, it is said that Mr. Lee Geun did not even contact the government.

<News 1> A reporter asked the Ministry of Foreign Affairs, 'Did Mr. Lee apply for the use of an exceptional passport before departure? it's done

Have you entered Ukraine?

Former Captain Lee posted on his SNS today that he has arrived in Ukraine.

"My team has arrived in Ukraine safely," he said. "We will fight on the front lines."

Regarding the controversy over passport invalidation surrounding him, he also said, "The Ministry of Foreign Affairs is wasting time and thinking about how to apply rather than invalidating our passports."

Mr. Lee also posted a post with a picture of what is believed to be a military barracks, saying, "We have arrived in Ukraine. Thank you for helping us during the Korean War. Now we will help."

The government has not confirmed Lee Geun's entry into Ukraine.

Some of the Ministry of Foreign Affairs officials say, "I know that they did not enter" or "I cannot confirm the current location because it is personal information."

Taken together, these words seem to suggest that the government is figuring out Mr. Lee's location.

The government said it plans to take administrative sanctions, including orders to return and nullify passports, before Lee and others enter Ukraine.

Criminal punishment is difficult at the moment, so administrative sanctions will be implemented first.

“If you enter Ukraine without permission, you will be sentenced to up to one year in prison.”

If Captain Lee enters Ukraine, it is a violation of the government's travel ban.

On the 13th of last month, 11 days before the start of the Russian invasion of Ukraine, the government placed all of Ukraine as a travel ban.

The travel warning system operated by the government is divided into Level 1 (Travel Beware), Level 2 (Refrain from Travel), Level 3 (Recommendation of Departure), and Level 4 (No Travel). The highest level of travel ban has legal force. .

The grounds and penalties for the travel ban are stipulated in the Passport Act.

Let's look at Article 17 of the Passport Act.

When Lee Geun's allegations of departure came out, the Ministry of Foreign Affairs once again warned by explaining the laws in detail.

The Ministry of Foreign Affairs said, "Unauthorized entry into Ukraine is subject to criminal punishment and administrative sanctions against passports for violations of the Passport Act. According to Article 26 of the Passport Act, imprisonment for not more than one year or a fine of not more than 10 million won or According to the article, administrative sanctions may be imposed, such as order to return passports in possession, invalidation of passports, refusal to issue new passports, etc. The Ministry of Foreign Affairs said, "People are seriously aware that Ukraine is now a wartime country, We urge you not to enter the country without permission,” he emphasized.

What would be the punishment if this former captain took part in battle?

In this case, he can also be punished as a 'prior offense' under the Criminal Code.

Prior crime is a crime that occurs when an individual engages in military action against a foreign country at will, even without the government's declaration of war or the military's battle order.

South Korea and Japan prohibit their citizens from participating in the war, but some countries, such as Denmark, allow Ukraine to participate in the war.

Volunteers are flocking to Ukraine, and the Minister of Foreign Affairs of Ukraine said that about 20,000 foreign volunteers have come to Ukraine to participate in the battle.

Foreign Minister Dmitro Kuleva said in an interview with CNN in the United States, "The number of foreign volunteers is about 20,000. Most of them come from European countries."

Minister Kuleva further explained, "Many people around the world hated what had happened with Russia in recent years, but no one dared openly protest or fight them. So people don't want the Ukrainians to fight and not give up. Seeing this, I felt motivated to participate in the war,” he explained, explaining why foreigners apply as volunteers.

He also indirectly called for US military support, saying, "The most important thing is sustainable political, economic, and military support from around the world. In particular, we need US leadership with a focus on air defense."

The Ukrainian government is also actively appealing for foreigners to participate in the war.

President Zelensky said last month, "Those who want to participate in the protection of Ukraine, come to Ukraine, and everyone who protects Ukraine is a hero."