"Isolation is not a cure"... A critically ill patient who has stopped receiving support “only costs tens of thousands of won for treatment”

A 71-year-old person receiving basic livelihood was infected with Corona in December of last year. Although he was at high risk for the elderly, he was classified as a home-treated patient, and could only be transported to hospital after oxygen saturation dropped to 50 and developed severe breathing difficulties. 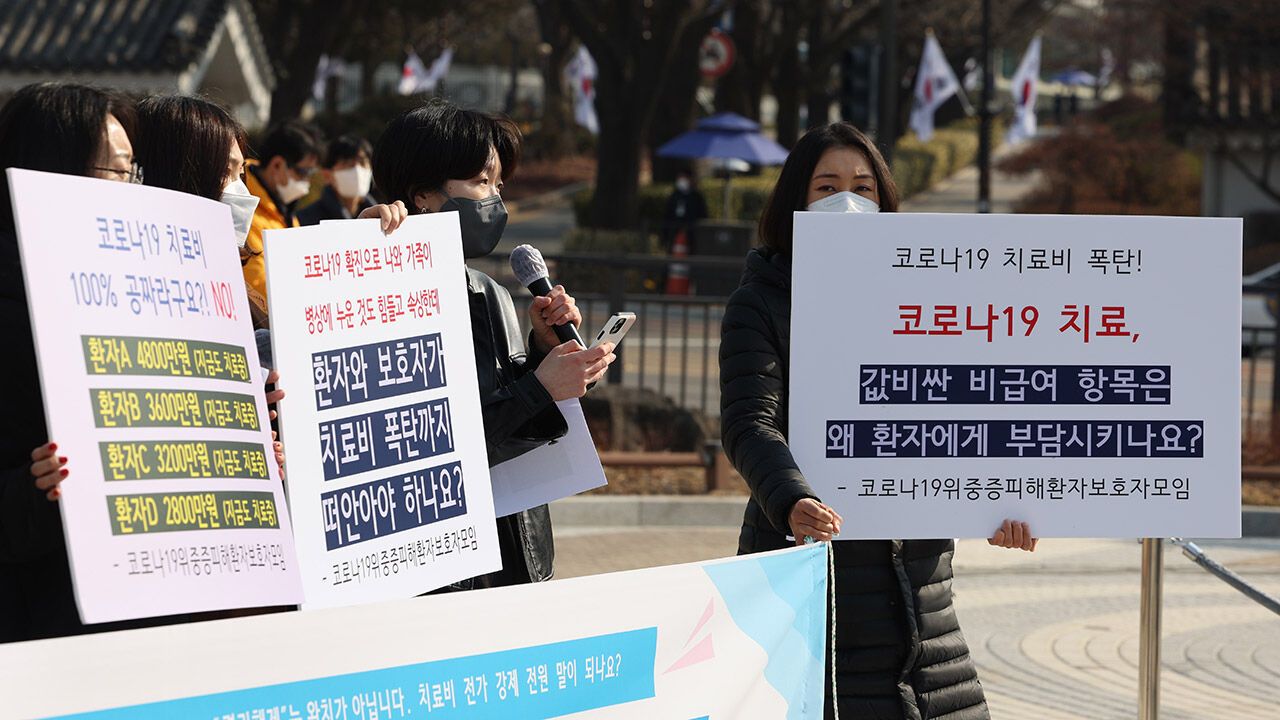 A 71-year-old person receiving basic livelihood was infected with Corona in December of last year.

Although he was at high risk for the elderly, he was classified as a home-treated patient, and could only be transported to hospital after oxygen saturation dropped to 50 and developed severe breathing difficulties.

Person A was released from quarantine in the intensive care unit (corona negative pressure ward) after 7 days due to the medical staff's judgment that it no longer had transmission power.

However, three days later, he became in critical condition due to acute respiratory failure, and so far, he is being treated in the internal medical intensive care unit in an unconscious state with Ekmo (artificial heart lung machine) installed at a university hospital in Seoul.

The story of his family is that Mr. A had high blood pressure due to his old age before the corona diagnosis, but there were no other underlying diseases.

As of the last 5 days, the medical expenses of Mr. A so far have reached 200 million won.

Among them, the amount that the patient has to pay is about 36 million won so far.

The story of A's daughter is that after this week, the medical expenses she will have to pay will exceed 40 million won.

Currently, medical expenses are paid by credit card and borrowed from acquaintances, but it is not easy for families on the basic livelihood to survive.

A's daughter attended the press conference of the 'Corona 19 Severe Victims Protectors' Meeting' held in front of the Blue House fountain on the morning of the 7th and said, "It is only after becoming a protector of a seriously ill patient that after the quarantine is lifted, the individual has to bear the hospital expenses. “The government is saying that it will cover all treatment costs related to COVID-19, but in reality, the treatment costs are being passed on to individuals.”

Family members of patients with severe COVID-19, who are in a similar situation to Mr. A, urged the government to provide practical support, saying that they could no longer bear the risks and burden of treatment costs due to the forced removal after the quarantine was lifted.

At the end of last year, when the delta mutation was prevalent, the government issued an executive order to transfer to a general ward if the length of stay in the intensive care unit was more than 20 days.

On the 25th of last month, the standard was changed to that of releasing the quarantine after 7 days from the sample collection date and moving it to a general ward.

The government explains that it is a measure to use limited medical resources more efficiently, but the families of the seriously ill speaker said, "When the quarantine is lifted, the compulsory transfer order to leave the intensive care unit is issued." However, moving a critically ill patient is an unconstitutional act that can infringe on the right to life.”

In addition, the current government's corona treatment costs can only be supported during the quarantine period, so even if you have symptoms, you cannot receive support if you go to the general intensive care unit.

In response to the request of the Critical Patient Protectors' Meeting, Son Young-rae, head of the social strategy division of the Central Accident Remediation Headquarters, said, "In response to the request that the state should support the out-of-pocket expenses, the state will continue to provide support for the worsening of the underlying disease, not the corona virus. The problem is not in accordance with the Infectious Diseases Act, and there may also be a problem of adequacy of resources.”

Park Hyang, head of the quarantine division at the Central Accident Response Headquarters, said, "After being released from the isolation ward and transferred to a general ward, the problem of burdening the medical expenses is a very difficult problem in the field. "He said.