The Okgye wildfire that spread in the East Sea is 'arson'... "The villagers ignored it and was angry"

This dangerous forest fire, which is now threatening Donghae, started in Okgye-myeon, Gangneung. Arson was the cause of the forest fire in Okgye, but the suspect was caught and the suspect's mother was said to have died. 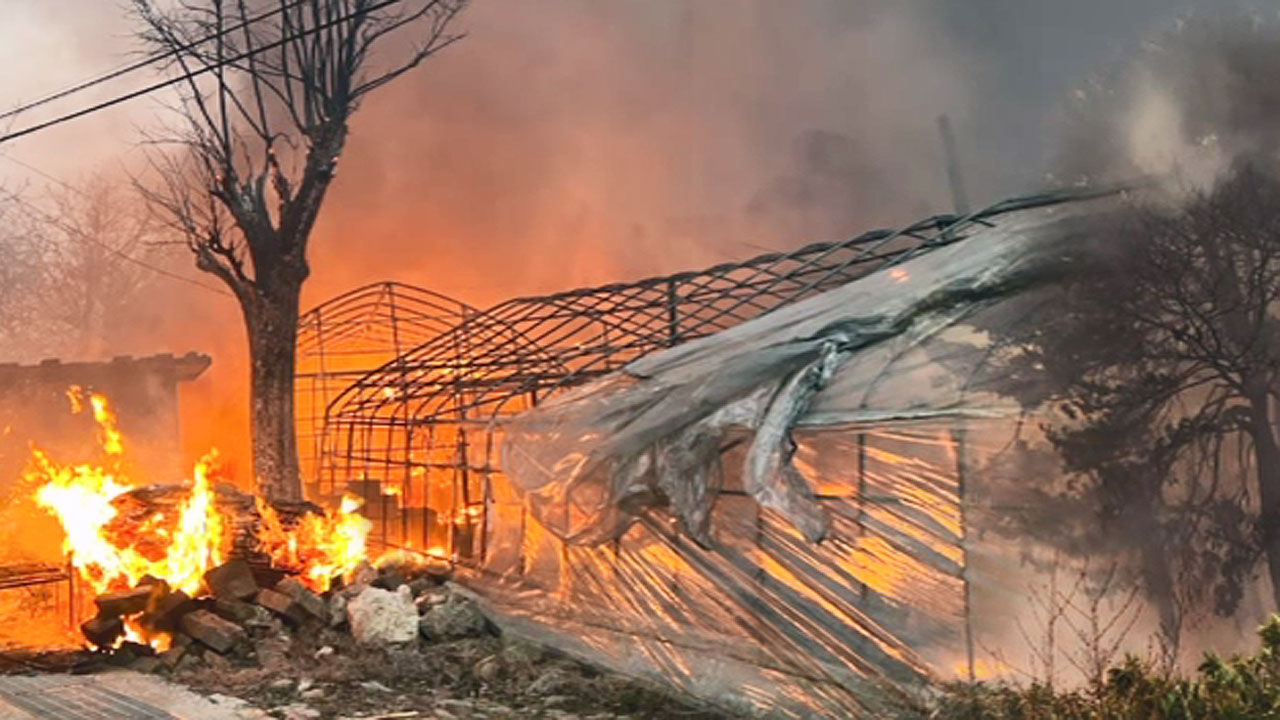 This dangerous wildfire that is now threatening Donghae City started in Okgye-myeon, Gangneung.

Arson was the cause of the forest fire in Okgye, but the suspect was caught and the suspect's mother was said to have died.

Reporter Park Seong-joon of G1 Broadcasting will tell you this news.

police received a report from the victims of the Okgye forest fire in Gangneung early this morning (the 5th).

It was about seeing a village resident, 60-year-old A, set fire to a mountain with a torch.

The police arrived at the scene and arrested Mr. A on charges of arson in Namyang-ri, where the wildfire started.

The police said that at the time of arrest, a helmet, torch, and ax were confiscated from Mr. A as evidence.

The police are investigating the exact circumstances of the incident, such as whether Mr. A has a mental history according to the residents' statements that Mr. A is mentally ill.

In addition, based on the testimony of residents who witnessed Mr. Kim set fires to various places, we are also trying to determine whether the cause of the spread of the fire is related to Mr. Kim.

It was confirmed that Mr. A stated in the initial police investigation that he was angry because the villagers ignored him.

In the course of the investigation, unfortunate incidents were also revealed.

An 86-year-old resident of the village, Kim Mo, was injured in the process of evacuating the forest fire and died while receiving treatment.

However, in the police investigation, a statement from the villagers that Mr. A was the son of Mr. Kim, who died, was secured.

An official from the Gangneung Police Station said, "Mr. A admitted to the arson," and said, "I plan to apply for an arrest warrant tomorrow on charges of arson of the Hyeonju building and the Forest Protection Act."

In the case of Kim who died, an autopsy will be performed to determine the exact cause of death.