As the wildfire that occurred yesterday in Uljin, North Gyeongsang Province, spread widely with strong winds, the highest level of forest fire response, Stage 3, was issued. Currently, the area affected by the wildfire is 6,000 hectares, the largest in 10 years. 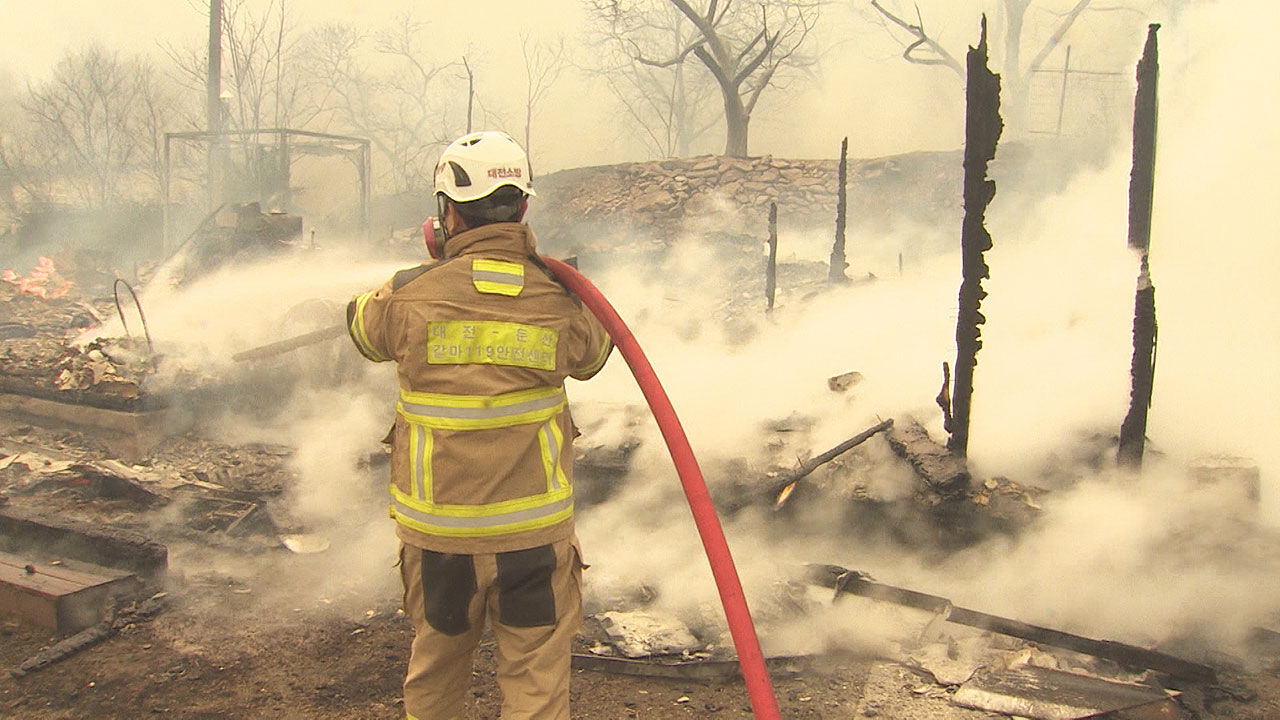 As the wildfire that occurred in Uljin, Gyeongbuk yesterday (the 5th) spread widely with strong winds, the highest level of forest fire response 3rd stage was issued.

Currently, the area affected by the wildfire is 6,000 hectares, the largest in 10 years.

Reporter Ji-wook Kim, who is at the scene, reports.

Yes, it has been 24 hours since the fire started, and one day has passed, but the fire is not easily extinguished.

The wildfire that started in Uljin, North Gyeongsang Province and spread to Samcheok, is coming back to the south of Uljin, causing great damage.

The forests and fire departments built and protected fire lines by threatening nuclear power plants, LNG production bases, and even transmission lines, but now the wind direction changes and the flames go south again, concentrating on the defense of the Hanul Nuclear Power Plant so that it does not catch fire around the nuclear power plant.

The forest fire-affected areas such as Uljin and Samcheok identified so far are estimated to be 6,200 hectares, doubling from 3,300 hectares identified yesterday.

It is about 21 times the size of Yeouido in Seoul, making it the largest in the past 10 years.

As a result, more than 6,000 residents in 35 villages took refuge in gyms and welfare centers.

Authorities predicted that the damage to private facilities and the number of evacuees would increase in the future as the forest fire is likely to approach private houses as it moves south.

Additional evacuation orders may be issued depending on the progress of the fire.

Earlier, the government declared a state of disaster last night in Uljin and Samcheok.

The fire department has issued three response steps and is fully responding to the firefighting.

The fire department and forestry authorities dispatched 57 helicopters at the same time as sunrise, and about 270 equipment such as firefighting equipment and fire engines were also intensively deployed to protect private houses.

As the forest fire-affected zone is so wide, the forest authorities said the goal is to catch the main fire until the sun goes down.