Will we be immortal in 2045? This is what science must achieve so that we can download our brains into a virtual afterlife

The illusion of a first time, the apathy of Sunday afternoons, the beauty of a sunset, the nerves before an exam, that unexpected trip, a hug right at... 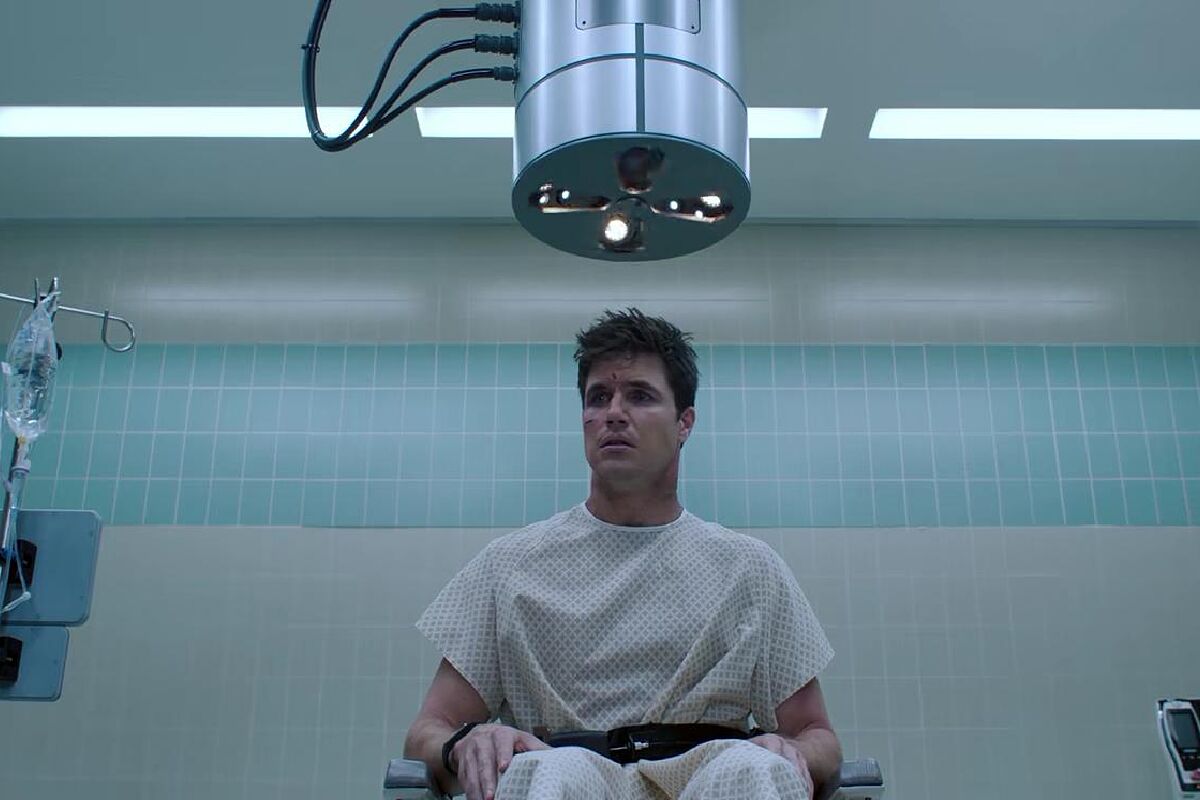 The illusion of a first time, the apathy of Sunday afternoons, the beauty of a sunset, the nerves before an exam, that unexpected trip, a hug just in time...

, sometimes special, others inconsequential, and sometimes lived with such intensity that they are recorded somewhere in our brain and forge our memory, our identity and our way of understanding (and coping with) life.

Memories, even bitter ones, are better than nothing

The eternal crossroads of wanting to be what we can never be again, but... What if we could continue to be?

What if we could relive all those memories?

What if we could be ourselves again despite having said goodbye to our body?

Immortality sounds like science fiction to us, but there are those who have dared to date it: 2045. It is the plan of the Russian businessman and millionaire Dmitry Itskov, who defends that in just over 20 years we will be able to dream of

eternal life in the form of avatars

The plan is to download your brain, make a digital copy of it, and turn it into a computer simulation.

resurrect and live again on a data server

Before calling this entrepreneur crazy, it should be said that there is a team of scientists behind it willing to try.

Director of Engineering at Google.

There are even companies that were born for this purpose, such as the

Their goal is to

so that the mind can be downloaded into a supercomputer in the future.

An opportunity also to have within our reach the wisdom of previous generations.

Brain conservation is a recurring theme in the seventh art, futuristic literature or television series.

(Amazon Prime Video), which premieres its second season on March 11.

, it tells the story of a young programmer who suffers an accident with his car and, in order not to die in the operating room, decides to download his mind and insert it into a virtual environment that has made immortality possible.

Transhumanism may be in danger of becoming a kind of

that takes advantage of our fear of dying, but there are those who assume that immortality will come someday (even if it is very far away).

In both fiction and real life, the

scariest part of the process

- at the moment - is that the embalming of the brain is lethal, but the brain must be alive, so the plan is only viable in the case of

And it is at this point that all the alarms start to go off.

MIT itself, which originally approved funding Nectome research, got out of the picture four years ago with a statement.

Neuroscience has not advanced enough

to know if any brain preservation method is powerful enough to preserve all types of biomolecules related to memory and the mind. It is also not known if it is possible to recreate a person's consciousness ".

But it is precisely in the uncertainty where these companies hide.

What's going on up there is as mysterious as the

contents of a black box

So, if the way our brain works is something that neuroscience has not yet been able to explain... Why call something impossible?

of the world and of ourselves through consciousness, but understanding its mental activity through its biological structure remains a mystery.

That each brain is unique, as is its way of storing information.

The initial phase is an automatic registration, but its subsequent coding is not: from everything that we are sensorily capable of capturing, we

select and interpret that reality according to past experiences

, ideas, beliefs... In this process that modulates what, how much and how we remember, can influence even the hours of sleep or if the person has had a bad day.

"The brain is our essence. Everything is there. Abstraction, imagination, thoughts... Everything is a product of the brain and its circuits and connections, but how all that gives rise to that cognitive process is a mystery," Javier explains. by Felipe, a neuroanatomist at the Cajal Institute of the CSIC in Madrid and coordinator of the Cajal Blue Brain program, part of the Blue Brain Project, an

founded by Professor Henry Makram in 2005. The objective, based on the brain of a rodent and ending in the human, is

to produce the most detailed digital model to date

of brain architecture and function.

CAN EMOTIONS BE ENCODED?

The first challenge is to map this process and know exactly how we get from that physical substrate of interconnected cells to our mental world, to our feelings and our memory, because

those connections are what define who we are

"Every man is a sculptor of his own brain, you adapt to new circumstances and

, everything changes. The information in the brain is dynamic. How do you store something like that?" De Felipe asks.

According to Randal Koene, scientific director of the Russian Itskov initiative, "the brain converts information inputs and sensory data into responses, into our behavior. And it does so through computation."

That is the starting point of the

"Our brain is a machine, yes, but created by nature. It is true that much progress has been made in brain reconstruction in a very short time, technologies and techniques are emerging that 20 years ago were thought to be a dream.

What was science fiction two decades ago is now a reality

The problem is that progress in this field is slow.

The human connectome project can be compared to the human genome project, which was achieved in 15 years, but

neuroscientists have it somewhat more complicated

than geneticists, due to the volume of data and because almost everything that is known is based mainly on animal experiments.

Neuroanatomist De Felipe's laboratory is one of the few where the neurons of the brain, the synapses, are being studied at a microstructural level... Right now they are reconstructing the brain of a mouse and in a few weeks he will travel to Switzerland, where they are beginning to

based on autopsy data, mathematical models and simulations that are reproduced in an

"The cortical column is a functioning unit of the cerebral cortex barely 3 millimeters long by 1 mm wide, and there are thousands in the brain", explains Manuel Martín-Loeches, Professor of Psychobiology and head of the Cognitive Neuroscience Section of the UCM-ISCIII Joint Center for Human Evolution and Behavior.

"It may be that many of the connections are dispensable or redundant and that a good simulation of a brain does not need all of them, but

, there is still not enough support for so much data It may be feasible to have a person's memories or wisdom in a computer, but it's a long way off," he adds.

Approaching research in an interdisciplinary way is key, as is sharing data globally.

Thus, it is no coincidence that firms such as IBM are very present in projects such as Blue Brain, active in several European countries.

is required , as is the sum of other disciplines: imaging engineers, mathematicians, physiologists, anatomists...

But even solving all these challenges,

could we wake up in a virtual world and feel ourselves?

Some of the greatest researchers in the field of consciousness, such as Christof Koch, argue that if the Internet were even more complex, it could generate conscious processes.

"We must bear in mind that our brain is inside a body with which it communicates. An isolated brain... How is it going to work? It would lack all the sensory, visual information... You can put electrodes in the visual cortex and generate images or memories through stimuli, but you would not be in your natural environment", says Felipe.

HOW TO RESERVE YOUR 'PLACE' IN THE CLOUD

From the Spanish neurotechnology company Bitbrain they point out that if the objective is to be able to download your brain in another system to continue living outside your body,

the experience would be disappointing

"You would not be able to experience the world in the same way and you would surely end up having serious doubts about the meaning of all the stored information of your previous self. The brain is a fundamental part of our selves, but it is not the only thing that makes us what we are. who we are.

The person who would live again would not be the same

Many label the work of firms such as Nectome

, similar to the cryogenization of corpses in order to resurrect them in the future, something that has been offered on the market for decades without many of the damages that the company itself has been solved. technique produces in the tissues.

"In a capitalist world, sometimes perhaps a little out of control, many things are used to do business without the customer really getting anything in return, and this could be the case. It is true that the objectives and long-term consequences of many of these businesses can be very

There would also be much to say about the ethical dilemma of getting into a person's mind.

Will there be a data protection law capable of protecting something like this?

At the moment, there are already 25 people on the Nectome waiting list

who have reserved their place

in the virtual afterlife for the modest price of

We assume that refundable if necessary, of course.