"I lost a guest"... Man arrested for setting fire to competitor's fishing boat

People caught setting fire to fishing boats tied to the harbor at dawn. It was investigated that customers who came to fish set fire to a competitor's ship, saying they were rushing to another boat. 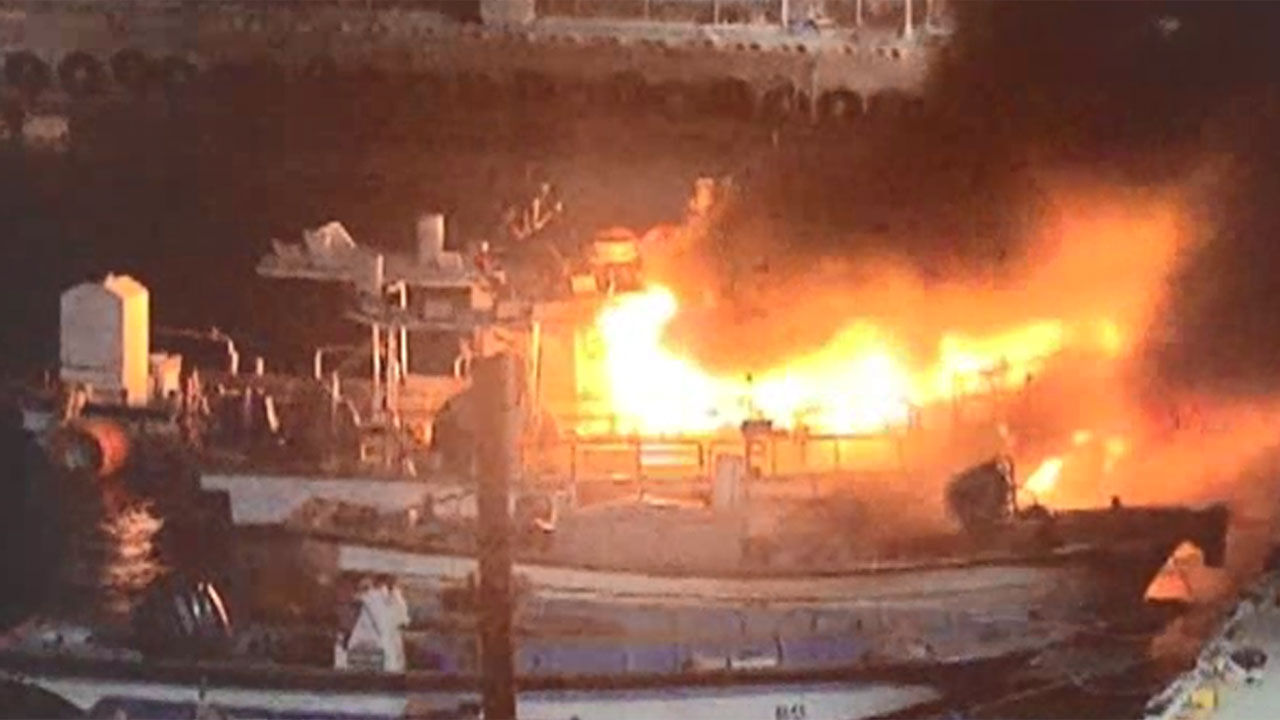 People who set fire to fishing boats tied to the harbor at dawn were caught.

It was investigated that customers who came to fish set fire to a competitor's ship, saying they were rushing to another boat.

This is UBC reporter Shin Hye-ji.

At dawn, a man approaches a fishing boat with an oil barrel, and a moment later an explosion and flames soars and runs away in a hurry.

The fire is carried by strong winds of 10 m/s and spreads to nearby ships in an instant.

Fortunately, there were no casualties in the fire, but the five-ton fishing boat that started the fire was burned down, and five nearby fishing boats were partially burned.

[Damaged shipowner: You can think of all (damaged) shipowners as having lost their livelihood.]

After investigating and checking 800 CCTVs, the Coast Guard caught 4 people involved in the arson, including Mr. A, who set the fire.

Mr. A, who set the ship on fire, and Mr. B, who helped escape after the crime, received an order from Mr. C, and Mr. D delivered 4.5 million won for the crime instead of Mr. C.

Under the leadership of Mr. C, they identified the escape route and rehearsed twice since December last year, and they even showed the meticulousness of hiding gasoline and hammers throughout the pier.

[Jeong Hyun-seok / Ulsan Maritime Police Station Detective Team 1: After the arson, he left his vehicle behind and fled in

the vehicle of another accomplice (I see.)]

We are tracking the connection with the gang who plotted the arson.