"One of the main saviors of Moscow and Leningrad": what role did Leonid Govorov play in the Great Patriotic War

Marshal of the Soviet Union Leonid Govorov was born 125 years ago. According to historians, during the Great Patriotic War, he made a huge contribution to the salvation of Moscow and Leningrad from the Nazi invaders. In the post-war period, Govorov was one of the founders of the Soviet air defense forces. Experts put his name on a par with the names of Georgy Zhukov, Alexander Vasilevsky and Konstantin Rokossovsky. 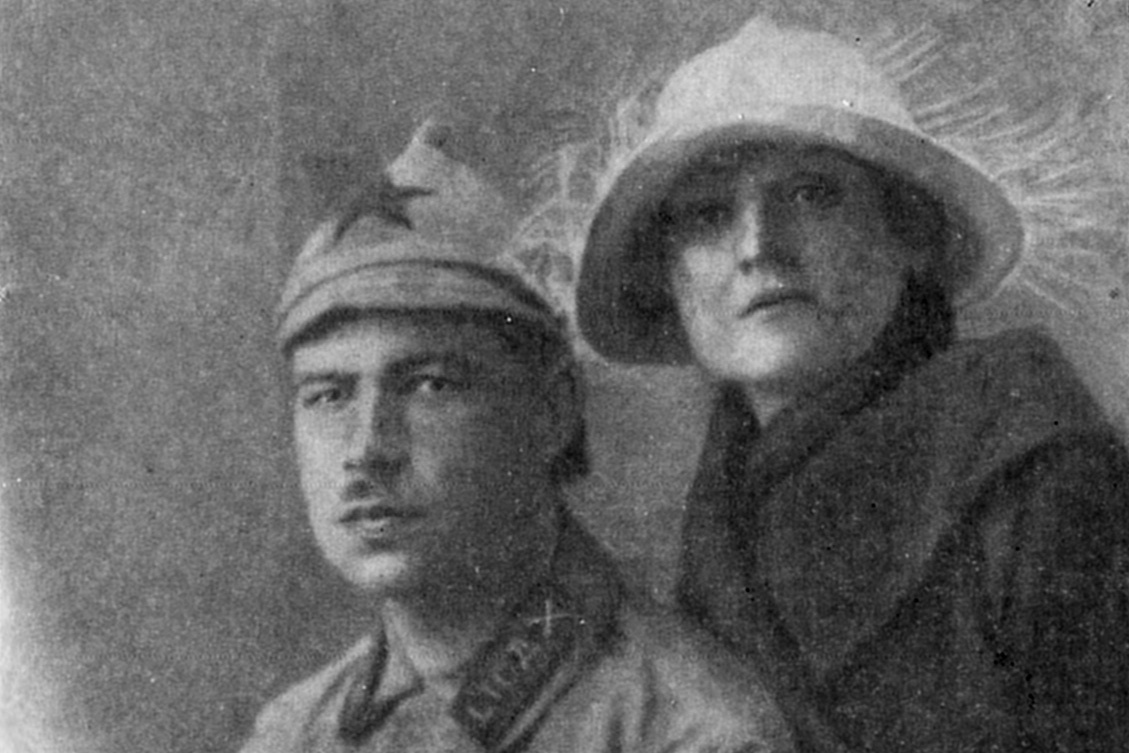 Marshal of the Soviet Union Leonid Govorov was born on February 22, 1897.

According to historians, he was one of the most prominent military leaders of the Great Patriotic War.

In the post-war period, Govorov became the first commander-in-chief of the air defense forces of the Soviet Union in the history of the country - deputy minister of defense.

Leonid Govorov was born in the village of Butyrki, Vyatka province, into a peasant family.

After graduating from a school in Yelabuga with excellent grades, he became a student at the shipbuilding department of the Petrograd Polytechnic Institute, but did not receive an engineering diploma.

From the institute, Govorov was drafted into the tsarist army and at the beginning of 1917 was sent to study at the Konstantinovsky Artillery School, from which he graduated in the summer of that year.

With the rank of warrant officer, he was appointed to the position of junior officer in the mortar spare battery stationed in Tomsk.

In early 1918, Leonid left the army, returned to his family and got a job as a clerk in a consumer cooperative.

But in the fall of the same year, military units of the White movement entered Yelabuga.

Govorov was again mobilized and fought in the Kolchak units for about a year.

However, over time, the young officer became disillusioned with the White movement and left its ranks at the end of 1919.

Becoming an assistant to the head of the working combat squad, he took part in the uprising against the whites in Tomsk, and then volunteered for the Red Army.

Being the commander of the artillery battalion of the 51st division, Govorov was transferred to the Southern Front, where he distinguished himself in battles with the troops of Baron Pyotr Wrangel.

He fought near Kakhovka and Perekop, was twice wounded and awarded the Order of the Red Banner.

“Strong will, strong character, with a broad initiative.

He quickly understands any situation, is disciplined, ”this is how the command described Leonid Govorov during the certification in 1922.

After the end of the Civil War, Govorov decided to continue his service in the Red Army.

In the 1920-1930s, he served in various command positions in the artillery of the Red Army, graduated from the Artillery advanced training courses for commanders and the Military Academy named after M.V.

In addition, Govorov independently learned German and passed the exam for a military translator.

In 1936-1938 he was a student of the Academy of the General Staff, from which he graduated early and became a senior teacher of tactics at the Artillery Academy of the Red Army named after F.E.

In 1939, Govorov received the title of associate professor, presenting to the teaching staff of the academy the scientific work "Attack and breakthrough of a fortified area."

He soon had to test his theoretical developments in practice - at the forefront of the Soviet-Finnish war.

In January 1940, Govorov was appointed chief of staff of the artillery of the 7th Army, which operated in the Vyborg direction.

He was entrusted with the preparation of artillery support for the breakthrough of the Mannerheim Line.

He also worked out in detail the issue of the interaction of artillery with tanks and infantry.

Troops of the 7th Army successfully broke through the Finnish defenses and took Vyborg.

Govorov received the Order of the Red Star and was promoted ahead of schedule to divisional commanders.

A few months later, he was appointed Deputy Inspector General of the Main Artillery Directorate of the Red Army.

In May 1941, Leonid Govorov became the head of the Artillery Academy of the Red Army named after F.E.

Dzerzhinsky, but did not remain in this position for long.

Shortly after the attack of Nazi Germany on the USSR, he was appointed chief of artillery in the Western direction, and then took a similar position on the Reserve Front.

The most important task at this stage for him was the creation of a system of artillery anti-tank defense.

His achievements were successfully implemented near Yelnya - during one of the first major offensives of the Red Army.

In the autumn of 1941, the Soviet command instructed Govorov to prepare an anti-tank defense in the Mozhaisk direction, which was considered one of the most dangerous during the Battle of Moscow.

He was appointed deputy commander of the Mozhaisk line of defense, and then - chief of artillery on the Western Front.

“Govorov created a defense in depth and reinforced it with a powerful artillery barrier with anti-tank maneuver groups.

They were very important in order to concentrate forces against the enemy’s armored vehicles breaking through our defenses, ”Dmitry Surzhik, associate professor at GAUGN, told RT.

In the midst of the defense of Moscow, in October 1941, instead of the seriously wounded Dmitry Lelyushenko, Govorov was appointed commander of the 5th Army.

According to historians, the appointment of a narrow specialist artilleryman as commander of a combined arms army was a rarity.

“The appointment was the initiative of Georgy Zhukov, who was well versed in his subordinates and saw a talented military leader in Govorov,” Andrey Gorbunov, a researcher at the Victory Museum, said in a conversation with RT.

Govorov's combat debut as an army commander took place on the Borodino field, when the Nazi offensive was halted for almost six days.

Having exhausted all his reserves, Govorov persuaded Zhukov to allow him to retreat to a new defensive line in the Zvenigorod region.

According to Andrei Gorbunov, this decision made it possible to stabilize the front.

As historians note, in early December 1941, Govorov's troops stopped one of the last attempts of the Nazis to break through to Moscow and launched a counteroffensive.

During the Battle of Moscow, Govorov was promoted to lieutenant general and twice awarded the Order of Lenin: November 10, 1941 and January 2, 1942.

In April 1942, Govorov was appointed commander of a group of Soviet troops defending Leningrad, and in June of the same year, commander of the Leningrad Front.

He became the first artilleryman in the history of the USSR to hold such a position.

The situation in the city at that time was extremely difficult.

“In the summer of 1942, Erich von Manstein developed a plan to take Leningrad.

But Govorov did not allow it to be realized.

He strengthened and systematized the defense of the city, formed the so-called Leningrad counter-battery corps and created a number of fortified areas.

According to experts, Govorov not only defended the city, but also took offensive actions, inflicting powerful fire strikes on the enemy.

Thanks to effective counter-battery tactics, by 1943 the number of enemy shells falling on Leningrad had been reduced by seven times compared to the beginning of the blockade.

In addition, the number of people evacuated from the city along the "Road of Life" has sharply increased.

In the autumn of 1942, work began on preparing to break the blockade of Leningrad.

According to historians, in the rear for the Soviet troops, Govorov organized training for offensive operations in conditions close to combat.

After a powerful artillery and aviation preparation, the Soviet troops went on the offensive.

And six days later, the blockade of Leningrad was broken.

Parts of the Leningrad and Volkhov fronts united.

In January 1944, during the Leningrad-Novgorod strategic operation, Soviet troops pushed the Nazis back 65-100 km from the city, finally lifting its siege.

“Govorov acted in cold blood at the edge of the main blows of the enemy and thwarted German plans at critical moments for our country.

He went down in history as one of the main saviors of Moscow and Leningrad, ”said Andrei Gorbunov.

In June 1944, after carrying out diversionary maneuvers, units of the Leningrad Front delivered an unexpected blow to the Finnish troops on the Karelian Isthmus and broke through the enemy defenses.

On June 18, Leonid Govorov was awarded the title of Marshal of the Soviet Union.

At the final stage of the war, Govorov led the defeat of the powerful Nazi group in the Baltic.

After the capitulation of Nazi Germany, Govorov led the troops of the Leningrad Military District for some time, and in 1946 he was appointed Deputy Minister of Defense of the USSR.

Two years later, he was simultaneously appointed commander of the air defense forces.

Under his leadership, large-scale reforms and rearmament of the Soviet air defense units took place.

In 1954, Leonid Govorov was appointed the first Commander-in-Chief of the Air Defense Forces in the history of the USSR.

However, Marshal of the Soviet Union Leonid Govorov did not have time to complete this work - he died on March 19, 1955 at the age of 59.

“This is a man from a galaxy of outstanding commanders.

His name in history is on a par with the names of Georgy Zhukov, Alexander Vasilevsky and Konstantin Rokossovsky, ”summed up Sergey Perelygin.