The news is that a letter from the Donghak peasant army who was imprisoned in prison to her mother was registered as a cultural property. 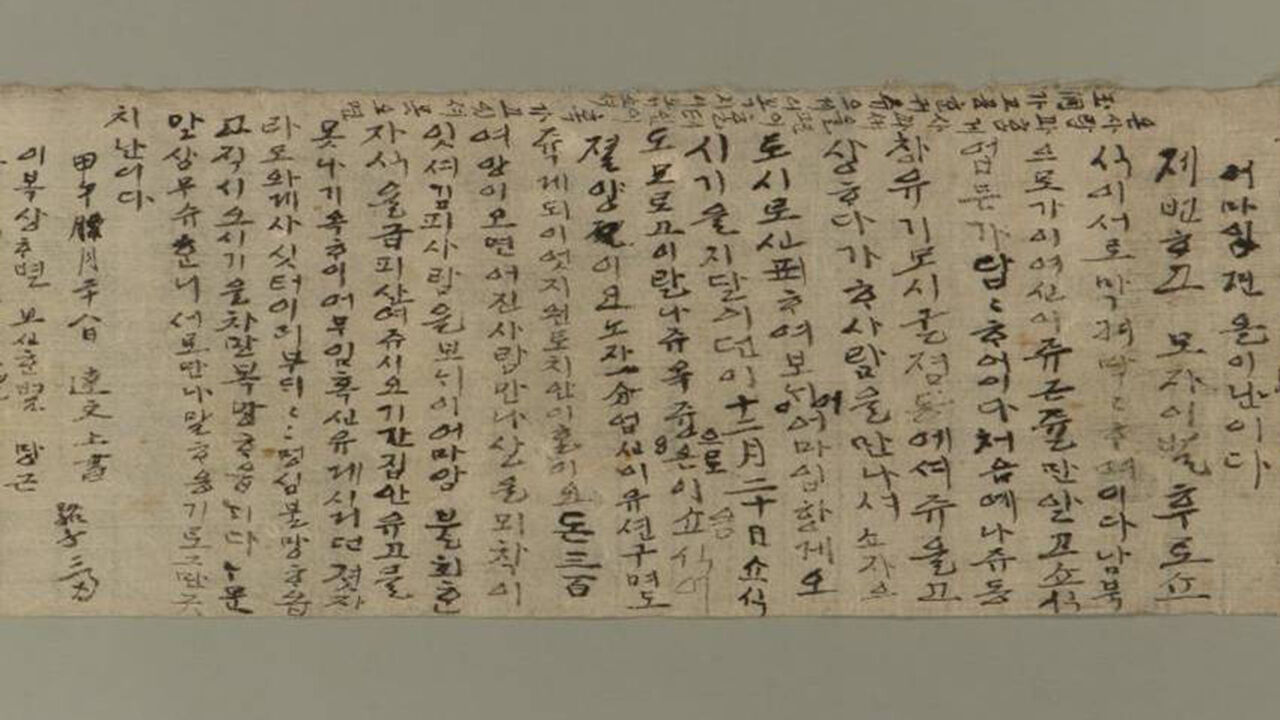 The news is that a letter from the Donghak

peasant army who was imprisoned in prison to her mother was registered as a cultural property.

The Cultural Heritage Administration announced yesterday (10th) that it had registered the 'Donghak Peasant Army Letter (2022)' as a national cultural property.

The person who wrote this letter was Dal Moon Moon (1859~1895), a leader of the Donghak Peasant Army from Hwasun, Jeolla Province.

One month's prison letter was discovered by his cousin's grandson in his genealogy and released to the world.

The content of the letter is to save his life.

“I’m going to bring this to my mother. After my mother-in-law broke up with me, it was difficult to hear from each other. I went north and south, so I only knew that he was dead and there was no news. It was frustrating. Please save the ungodly child urgently."

In addition, it is said that the letter of the month of the month contains the characteristics of the Jeolla dialect such as 'gosang' (gosaeng), 'deeppi' (urgently), and 'directly' (immediately), and has important historical value for examining the situation and reality of the Donghak peasant army. are evaluated.

Yu Gwang-hwa's letter is a Chinese-language letter from Yu Gwang-hwa (1858-1894), the son of a noble family, asking his brother Yu Gwang-pal to send the necessary military funds urgently because he is fighting the Japanese (Japanese) forces around November 1894. It is also of invaluable value as it is a very rare original letter written by hand.

Dal Moon was the leader of the Donghak Peasant Army while working as a regional commander in Naju. After an unsuccessful attack on Naju Fortress, he was arrested in Naju in December 1894 by Minbo Army and imprisoned in Naju Prison on December 20.

Moon Moon, who was subjected to severe torture, sent a letter to his mother asking for life, and the family who received the letter quickly raised money to save him, but on April 1, 1895, two days after coming home, Jang Dok (杖 毒: sequelae) is said to have died of

At the time, Moon Moon was 37 years old.