The great luxury brand in Spain is celebrating. In 2022, on April 15, 1982 to be exact, it will be four decades since David Álvarez signed before a notary,... 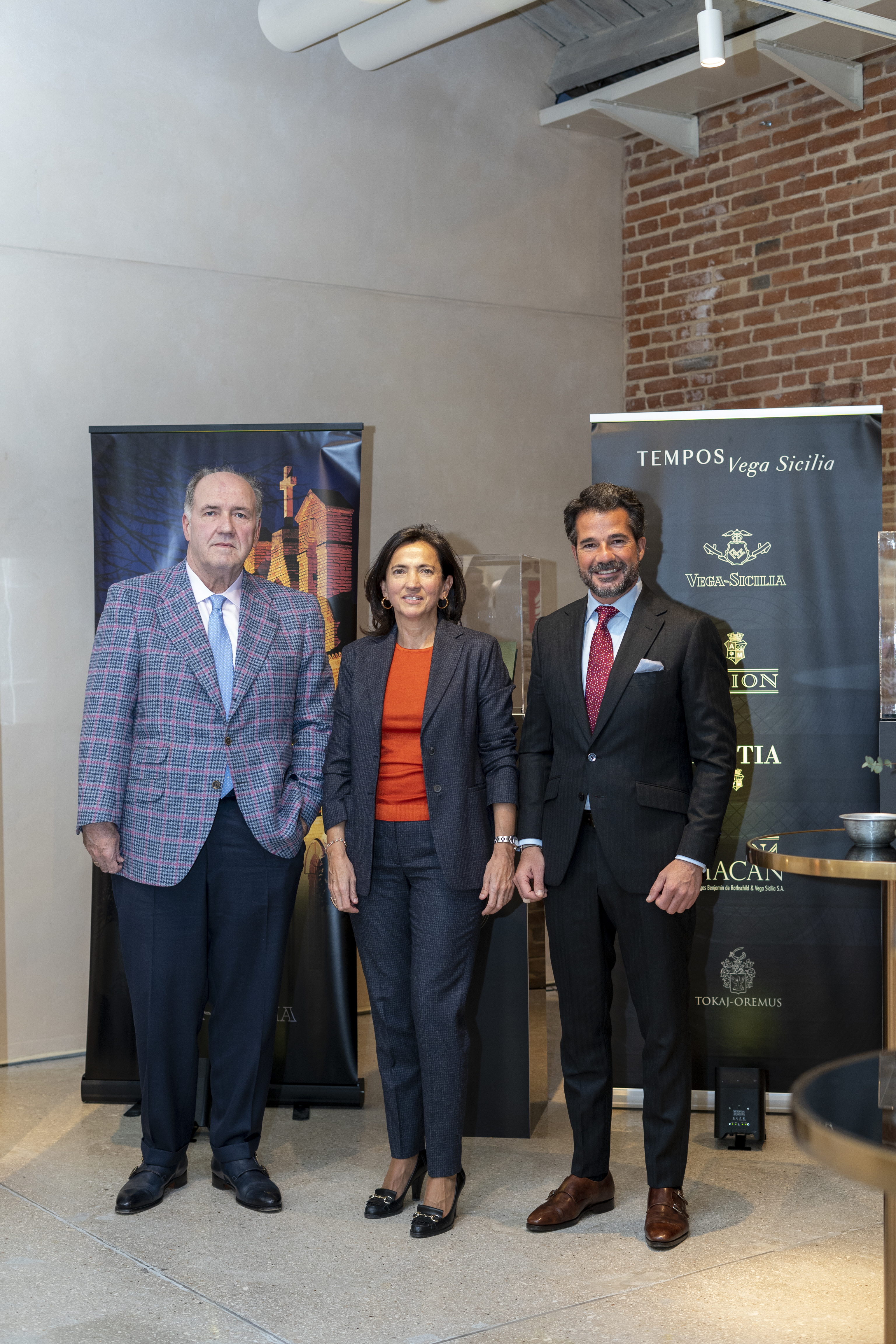 The great luxury brand in Spain is celebrating.

to be exact, it will be four decades since David Álvarez signed

An acquisition that was reached by chance or by rebound, since Álvarez was the intermediary for the

After some attempts, Álvarez finally decided to buy it, despite the fact that

"the business of making great wines had never been considered

", recalls his daughter Marta Álvarez and president of Tempos Vega Sicilia, at the press conference where the acts of

celebration of this 40th anniversary

Four decades later, its wines have achieved the status of unique (precisely, the name of the iconic reference of the house, Único), artisans, rooted in tradition, but also in innovation and with great

international recognition, an object of desire for collectors and from the world's great auction houses

With work, patience and large investments, the family, led by

, has turned that respected Valbuena del Duero winery, acquired in 1982, into a global brand synonymous with excellence and with more demand than supply.

It has recovered a large part of the

with the idea of make Albariño wines.

with which they want to fulfill the dream of

To do this, they will launch

, which will be built in

and will be completed in 2023. The new brand already has

-the goal is to reach 55 or 60 hectares- and land mainly in the County of Tea (upper part of the Miño);

in Salnés, around Cambados, O Grove and Sanxenxo, and also in Crecente itself.

"About 20 million euros between the vineyard and the winery," explains

Why Galicia and why Albariño?

"The strange thing is that it has been kept secret, because we

For me, the Albariño is the great Spanish white, not counting Jerez

, which is something unique and unrepeatable in the world. It is a great variety that must be improved and that is the project we have: to make 300,000 good bottles, and

to you have to have a good vineyard

, which is not easy to find or buy," adds Pablo Álvarez.

Recreation of the future Albariños from Bodega y Viñedos Deiva.

For the CEO of Tempos Vega Sicilia, "the vineyard and the work we do in it are the basis of everything", a phrase that he usually repeats like a mantra.

"You are working with nature, with living beings, and for this reason,

each year is different, if you haven't been frozen, a hail has fallen on you... That is the greatness of wines

, that you don't have to be perfect to be big, just like human beings. But you have to pursue quality and work," says Álvarez.

-the first vintage is scheduled for 2023 and its release on the market for 2025-, and the white, with lower production and higher price,

And after the announcement and the details of Bodega y Viñedos Deiva, the different acts of celebration of the 40th anniversary.

At the end of the year, they will launch

100 numbered cases with seven magnum bottles from the latest vintages

On the same dates,

at the head of Vega Sicilia are collected, edited by La Fábrica.

has reinforced the expansion and quality of its wines

, "maintaining Vega Sicilia's historical commercial strategy, which was based on giving the

utmost care to the product, from its production to delivery to the consumer

And the strategy has given results: in 1982 Vega Sicilia

sold 200,000 bottles and today it produces around 1.5 million bottles

(approximate figure) with 1.2 million bottles. 40 years ago Vega Sicilia had 2,000 clients in Spain and exported to five countries

Today there are 3,700 customers

we cannot have more due to the scarcity of the product, and we

1982 sales were concentrated in Spain (nearly 90%), while today 70% of the group's sales are made outside of our country", details Antonio Menéndez.

Past, present and a future in which they do not rule out "continuing to grow not only in Spain, but also internationally", concludes Pablo Álvarez.