Facebook and its stock market setbacks, symptoms of a new era on Wall Street

The setbacks of Facebook, which lost more than 25% of its market valuation on Thursday, are mainly due to the first drop in the number of users. But this tumble is also the sym... 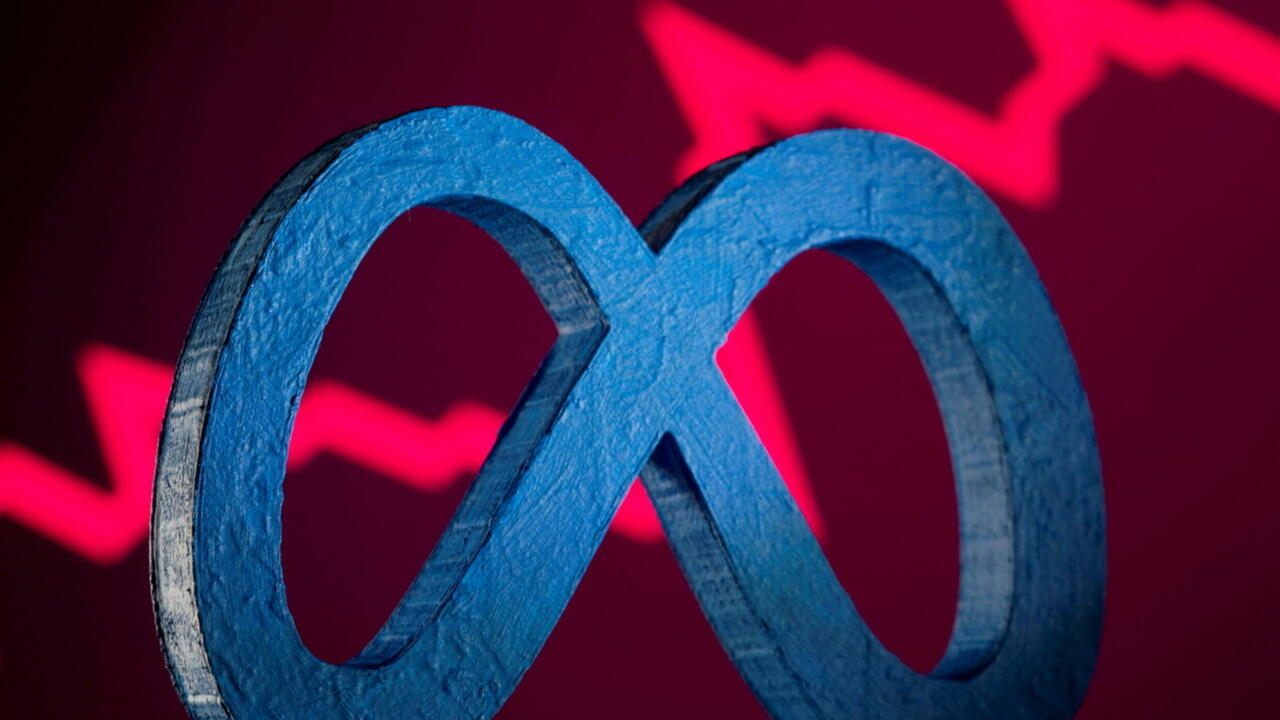 This is a record that no listed company wants to beat.

Meta, Facebook's parent company, lost more than $220 billion in stock market value on Thursday, February 3, or a quarter of its market capitalization, following the publication of disappointing financial results the day before.

An unprecedented collapse in American history.

This vertiginous fall also illustrates the weight of Meta on the American financial markets.

This record one-day loss roughly matches the total market valuation of giants like Disney and exceeds the combined market values ​​of Boeing and Starbucks, for example.

The reverse side of the metaverse

A few days earlier, on January 27, Facebook had already had to swallow a first snake by drawing a final line on Diem, its ambitious cryptocurrency project usable by the two billion users of its social network.

The year 2022 does not seem to be looking the best for the empire founded 18 years ago by Mark Zuckerberg.

“Even if the direction to follow appears clearly, it would seem that the path to arrive at the destination is not perfectly defined”, declared the founder of Facebook while presenting the financial results of his group.

He was referring to his bet on the metaverse, this still-to-be-built virtual universe that Mark Zuckerberg describes as the future of Facebook and the Internet in general.

But investors seemed less enthusiastic about this project whose outlines are still rather vague.

Above all, they saw that Meta had already invested ten billion dollars in the metaverse, while the virtual reality developed by Facebook (mainly Oculus headsets) - and supposed to make it possible to evolve in the metaverse - caused the loss of more than eight billion additional dollars to Meta in 2021.

Investors could have passed on the sponge, waiting for these investments to bear fruit.

But the social network is not doing well.

“What was sanctioned above all on the stock market was the fact that Facebook lost users”, assures Vincent Boy, analyst at IG France, contacted by France 24.

This is, indeed, another sad first for the king of social networks.

It has grown from 1.930 billion active daily users at the end of 2020 to 1.929 billion in 2021. “In the eyes of investors, today's new users are tomorrow's profits [more targets for advertising, editor's note]”, summarizes Vincent Boy.

Meta has rested on its laurels for too long

Facebook officials were quick to find scapegoats to explain the backlog of bad news. They blamed Apple for changing its iPhone privacy policies last spring, making it harder to collect the valuable personal data needed for targeted advertising. They also went after Google, accused of having taken advertising market share from them because they depend less on the iPhone to collect personal data. Finally, they rage against TikTok, the social network of Chinese origin, which has become immensely popular with young people who, at the same time, are increasingly deserting Facebook.

For Vincent Boy, all these explanations are certainly valid, but they ignore Meta's share of responsibility.

The fall in the number of users is for investors “proof that the group has rested on its laurels for too long.

Facebook was content to buy innovative start-ups (Oculus) or likely to become competitors (Instagram), and did not develop its core business to anticipate the arrival of a serious competitor like TikTok”, summarizes the financial analyst.

Consequence: Meta was forced to plunge headfirst into the unknown of the metaverse when the damage was already done.

“Investors would have preferred the group to embark on this adventure at a time when it was not yet losing users and had better prospects,” summarizes Vincent Boy.

And in the end it's the crash?

In addition to these problems specific to Facebook, there is a particular stock market context.

The violence of the sanction inflicted on the Meta action may, in fact, seem disproportionate to the group's results.

They are certainly disappointing, but “after all, Meta continues to make enormous profits, and the fall in the number of users remains very limited”, specifies Vincent Boy.

In fact, this stock market tumble is also the symptom of a stock market that is turning the page after a decade of euphoria, especially for technology groups.

“Even a year ago, investors would not have reacted so strongly to Meta's announcements”, underlines the Financial Times.

“We already felt a certain tension in recent months.

At the end of December 2021, nearly 40% of the values ​​of the Nasdaq [the American stock market index of technological stocks] saw their action fall to half of their highest historical level”, recalls Vincent Boy.

The announcements of the various central banks - starting with the American Fed - suggesting future increases in interest rates, signaled the end of the era of easy and cheap money which had been the heyday of stockbrokers since the early 2010s.

“We are witnessing a correction which first affected small tech stocks at the end of 2021”, sums up the IG analyst.

Facebook's disappointments "prove that no one is safe from now on," says Vincent Boy.

Netflix also saw its share price fall because there was a drop in the rate of increase in new subscribers… “The slightest error is now immediately sanctioned by the markets”, concludes the analyst.

And, for this expert, this is probably just the beginning.

The big Tech stocks - Facebook, Google, Amazon, Apple - had been setting the tone for more than a year on Wall Street and were almost single-handedly driving the stock market upwards.

So much so that we are beginning to see the return to the forefront of the media scene of a dreaded term since 2008: that of stock market crash.