[Exclusive] 87% suffer from the aftereffects of Corona, but the promise of support is 'reduced'

There are 610,000 people in Korea who have been infected with Corona and have been cured. However, as a result of the survey, it was found that far more people than expected suffered from after-effects for a long time after being cured. 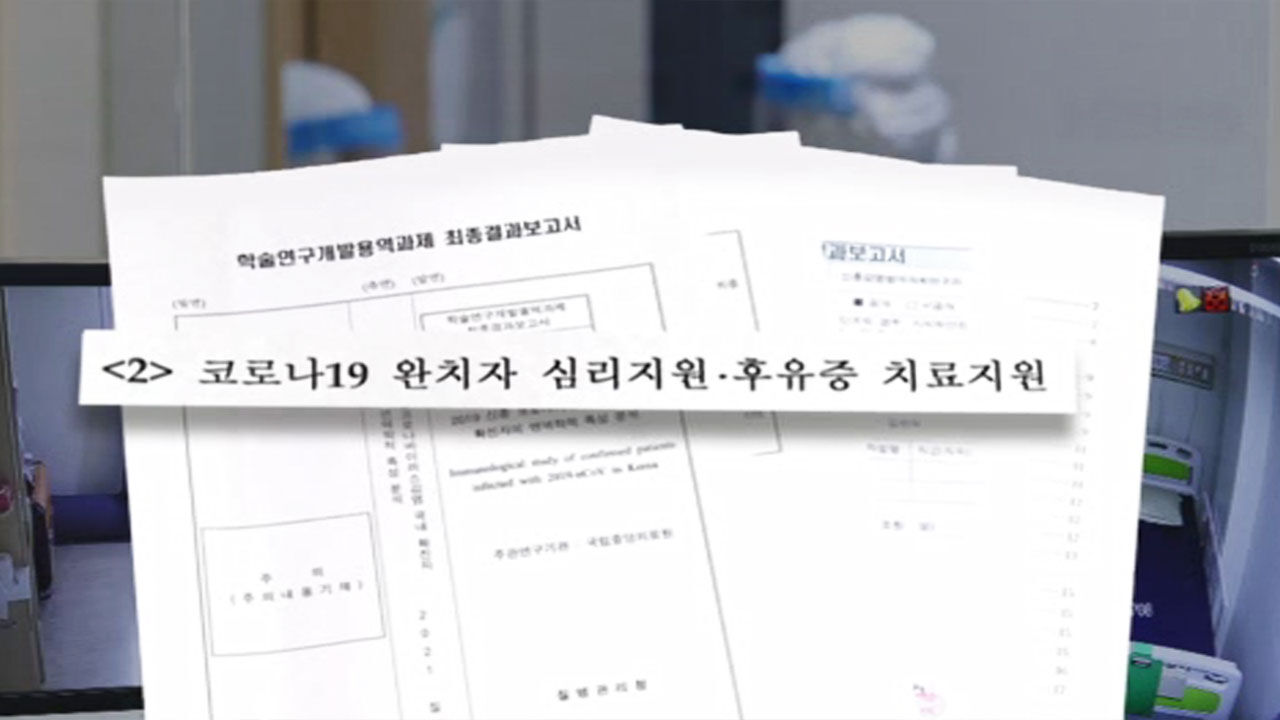 There are 610,000 people in Korea who have been infected with Corona and have been cured.

However, as a result of the survey, it was found that far more people than expected suffered from after-effects for a long time after being cured.

However, the support promised by the government has not been delivered at all.

Reporters Jeong Da-eun and Kim Deok-hyun will deliver the contents of the government research service report that we obtained exclusively.

Ms. Kim, in her 40s, who was diagnosed with Corona in April of last year and was completely cured, 9 months have passed since discharge, but she is still on leave.

[Mr. Kim / Person who has experienced the aftereffects of Corona 19: Because of body pain and heat, I am not able to go to work and work at all…

The upper body is hot and the lower body is cold.

It's hot above and cold below.] I

had to go from hospital to hospital because I didn't know where or what kind of treatment I should get.

[Mr. Kim/Corona 19 sequelae experience: I didn't know exactly which department to go to, so I kept going back and forth, collaborating with neurology and orthopedic surgery, and took an ultrasound of the blood vessels to find out that the blood is refluxing.]

Mr. Kim described his symptoms as COVID-19 I suspect it's a sequelae.

The National Medical Center has been commissioned by the government to observe and investigate 47 people who have recovered from COVID-19 for up to two years.

87% of those who experienced after-effects at least once a year after being cured were 87%.

To varying degrees, most have suffered sequelae.

Lung function fell to 58% of the normal value immediately after discharge, and most returned to near normal value 1 year after full recovery.

However, pulmonary fibrosis, which hardens the lungs, was detected in 7 out of 34 subjects even after 2 years of full recovery.

Most of the depression felt during quarantine treatment disappeared after being cured, but the phenomenon of mental pain, that is, 'post-traumatic stress', has increased as time passed after discharge from the hospital.

[Yoon Tae-ho/Chief of Prevention and Prevention (March 17, 2021 briefing): The government will support those who have overcome Corona 19 so that they do not have any inconvenience in their daily life.] This is the

The plan was to investigate what kind of aftereffects and how much they suffer from those who have recovered, and then support treatment costs based on this.

We have also sent detailed instructions to the municipality, and these are the instructions.

It also includes a plan to temporarily lower the health insurance out-of-pocket rate that is applied to the cost of treatment for those who have recovered.

So, what is the situation now, 10 months later?

A woman in her 50s, who was diagnosed with Corona in September last year.

It has been four months since she was cured, but she is suffering from various sequelae such as hair loss, headache, and dizziness.

[Mr. A / Person who has experienced the aftereffects of Corona 19: The public health center also called 1339, and they said, 'Go to the hospital.

Please put it there in the suggestion box.'

I asked if hospital expenses would be subsidized, but there was no such thing.] It is

difficult to find the root cause of the sequelae, so all you have to do is take medications that reduce individual symptoms.

[Mr. A / Person who has experienced the aftereffects of Corona 19: I would rather have it treated quickly because the results were not good.

That's what I thought, honestly.]

There is no support for those who have been cured by the government.

As a result of the coverage, the Korea Centers for Disease Control and Prevention (KCDC) commissioned Korea University to investigate the aftereffects of about 1,000 recovered patients only in October of last year, seven months after the government announced it.

It is expected that the final completion will take about a year, but after that, follow-up discussions such as the size and method of the support will have to go through.

Although the National Trauma Center under the Ministry of Health and Welfare is operating some support programs, it remains at the level of psychological counseling, not physical aftereffects.

It has been two years since the outbreak of COVID-19 in Korea.

The cumulative number of infected people exceeded 793,000, and the number of recovered people also exceeded 600,000.

Even now, the government should broadly acknowledge the confirmed sequelae and come up with practical support measures.