'Tteokguk', tied to a stone and abandoned on ice, found a new family

On New Year's Day, the dog 'Tteokguk-i', found tied to a stone on the ice, met a new family. On the 25th, Dorothy's Guardian Dog, an animal protection organization that rescued Tteokguk, posted on its official SNS, "You must have been curious about the news about Tteokguk, but thank you to those who waited. 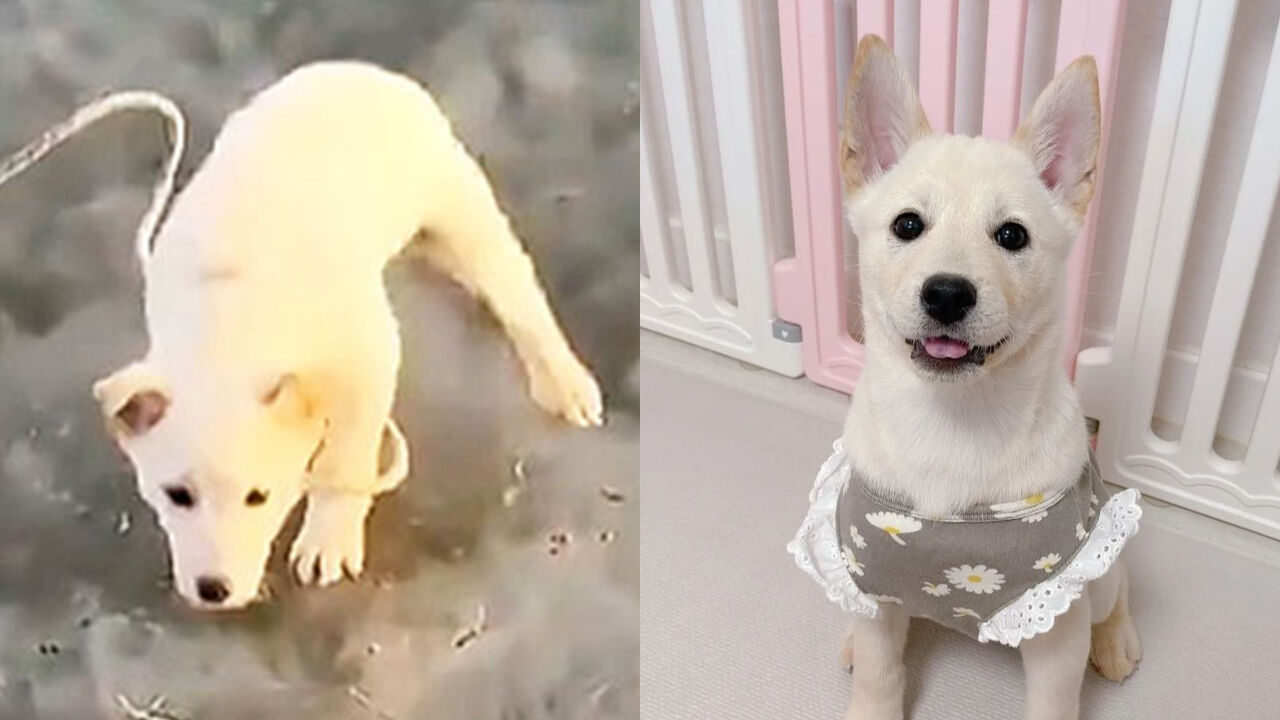 On New Year's Day, the dog 'Tteokguk-i', found tied to a stone on the ice, met a new family.

On the 25th, the animal protection group 'Dorothy Guardian Dog', which rescued Tteokguk, posted on its official SNS, "I would like to thank those who have been waiting for the news of Tteokguk. We met," he announced.

He then tagged the account of the new owner, who will take care of the rice cake soup, and added, "You can check the news about rice cake soup here."

In the photo released by the group, rice cake soup is bright and healthy.

The group expressed gratitude to the donors, saying, "The rice cake soup was able to rescue 22 other puppies with the donations raised in the future."

Netizens who saw the post left supportive comments, such as "I feel relieved that I have gone to a good place", "I hope that Tteokguk and his family will be happy and full of good things", and "Congratulations on your adoption, Tteokguk."

Previously, rice cake soup was found tied to a stone on the ice near Lake Tando, Danwon-gu, Ansan-si, Gyeonggi-do on the 1st.

At that time, Ansan was so cold that the lowest temperature recorded 12 degrees below zero.

A citizen who witnessed the scene reported it to Dorothy's guard dog, and the group rescued the two-month-old puppy safely.

After the rescue, they gave it a new name, 'Tteokguk'.

The owner who left the rice cake soup was caught by the police three days later.

Owner A stated in the police investigation, "The dog didn't listen and tried to chastise him, but he did not abandon him. After that, he went to pick up the dog, but he could not find it."

Ansan Danwon Police Station official in Gyeonggi-do said, "It has been confirmed that Mr. A has asked the whereabouts of a dog at a nearby restaurant.

The police booked A on charges of animal cruelty.

According to Article 46 of the Animal Protection Act, if you cause physical pain or injury to an animal, you may be punished by imprisonment for not more than two years or by a fine of not more than 20 million won.