[Sell to the end] Obtain a list of cancellations of 'Spy Manipulation'... their deeds

We have been told that the government is still putting off a court order to disclose the names of people who were deprived of medals and citations in a espionage manipulation case in the 1980s. 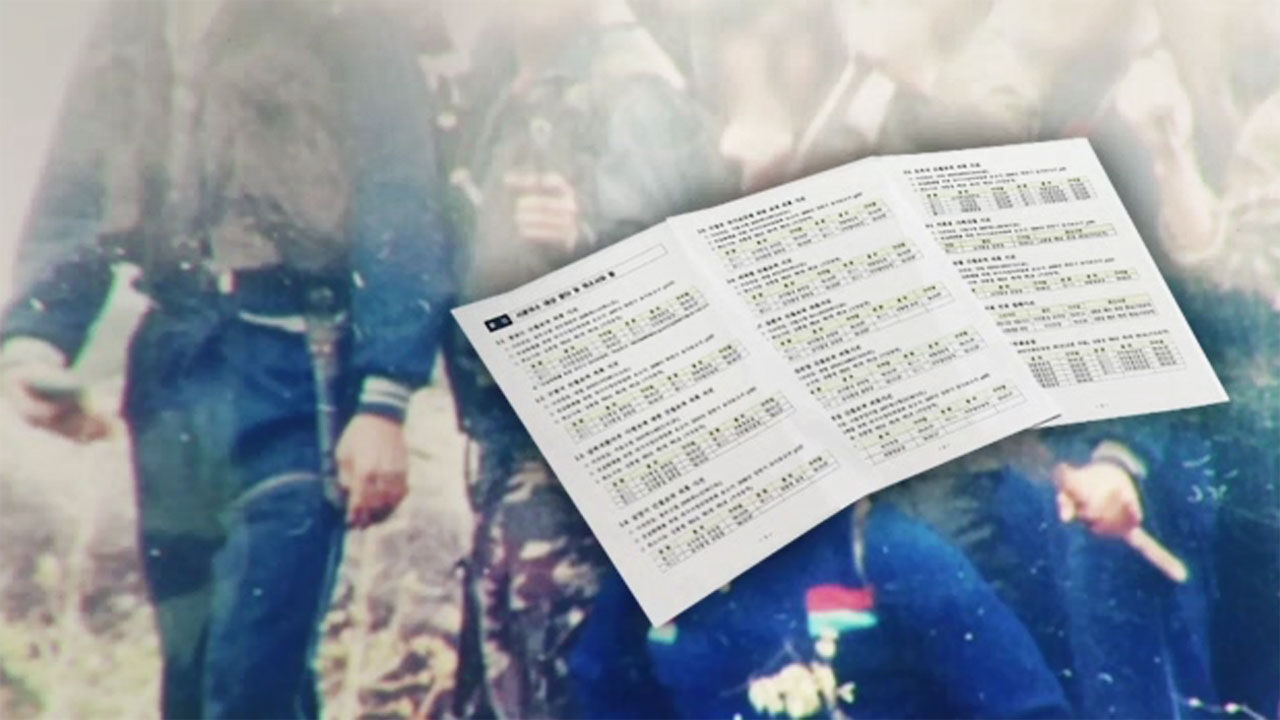 We have been told that the government is still delaying this even after a court ordered to disclose the names of those who were deprived of medals and citations in the 1980s for espionage manipulation. After that, the government eventually delivered the list to the victims, and we got it and tried to figure out who the authorities were trying to hide.

SBS investigative reports are sold to the end, first of all, reporter Won Jong-jin.

A total of 45 people are on the list of those who canceled the swearing-in in the 1980s espionage manipulation case obtained by SBS.

There are 31 members of the military, including security guards, 12 members of the National Security Agency (NIS), and 2 police officers belonging to the security headquarters, centered on the anti-communist office in Namyeong-dong.

This is the first time the name of an intelligence agent has been made public.

The National Intelligence Service, the Ministry of National Defense, etc. investigated the data of the Truth and Reconciliation Committee and the National Intelligence Service's Past History Truth Investigation Committee to determine the specific actions of those who were reluctant to disclose them for reasons of 'national security' and 'national interest'.

A statement about Seo Mo, a security investigator who received the Order of Patriotism.

Memories of the Ministry of Security and Security Investigator Seong-mo, who received the National Patriotic Medal.

He threatened, 'If it comes out after six months, I will shoot a pistol and smash the head.']

The victim clearly remembered the person who was revealed this time.

[Kim Cheol/Victim of Torture: This guy was tortured the most severely.

So, after being tortured once, he climbed up on it and drained the water.

get on my boat

I drain that water, and now if I vomit out the water one by one...

There have been several confirmed cases of planning manipulation and directly executing torture in this way, beyond simply following orders from superiors.

Just as the family of a North Korean abducted fisherman who was falsely accused of being a spy recently filed a lawsuit for damages against Lee Geun-an, a 'torture engineer', a foothold has been laid to file a lawsuit against those involved in the espionage manipulation case.

[Attorney Jang Kyung-wook / Lawyers for a Democratic Society: Any accountability investigation is required for the torture investigators.

Isn't that also a criminal punishment?

It is to pursue any responsibility, even in civil matters.]

I found out who tortured me after 30 years, but the biggest stumbling block is the issue of statute of limitations, in which the right to claim damages against the state or individuals disappears.

To solve this problem, four bills have been proposed since the 19th National Assembly to support victims of torture and to eliminate the statute of limitations for claims for damages, but they have not crossed the threshold of the National Assembly.