[On-site] Areas where a 'new quarantine system' has been introduced... "Lack of self-test kits"

In Gwangju and Jeonnam, and in Pyeongtaek and Anseong, Gyeonggi-do, the medical system tailored to Omicron started today. Local hospitals participate in the newly introduced rapid antigen test, and reporter Han Seong-hee covered the scene on the first day. 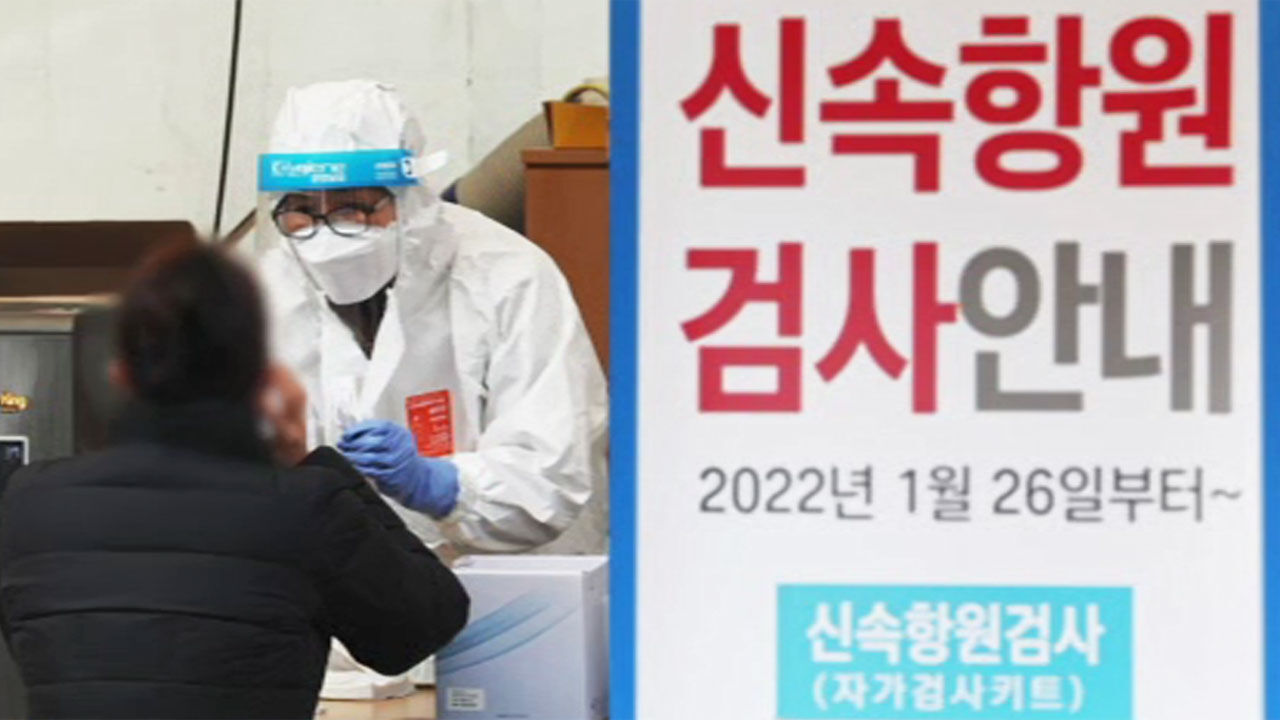 Medical systems tailored to Omicron started today (26th) in Gwangju and Jeonnam, and in Pyeongtaek and Anseong, Gyeonggi-do.

is a temporary screening clinic in Pyeongtaek, Gyeonggi-do.

A separate space for rapid antigen testing has been prepared separately from the existing PCR test.

It is intended for people under the age of 50 who are asymptomatic or mild.

Take your own sample under the guidance of our staff.

I am also confused by the method of testing for the first time.

[Mr. Kim: I am not used to it, so I hope the manual is prepared in advance before the assistant explains it (I hope)]

There are waiting areas where you wait 20 to 30 minutes for the test results to come out.

Today, more than 500 people have been tested for rapid antigen here.

[A woman in her 40s: I think it's good. I think it's much better for only positive people to have a separate PCR test rather than going straight to the PCR test.] People in their

60s and older receive a PCR test right away as before.

[Jeong Jae-hoon / Songtan Health Center Supervisor: I thought that there would be a lot of people who would do the PCR test, but in reality, there are people who want to receive the rapid antigen test, even among those over 60.]

There was also a visit to a nearby respiratory clinic to receive a rapid antigen test.

The hospital has thoroughly separated the movement lines so that the inspectors and general patients do not mix.

[Heo Seong-ok / Pyeongtaek City Hana Chairman: We put as much emphasis on separating the movement lines as possible.

When designing from the beginning, the layers were different.

The 2nd floor is a medical treatment room, and the 3rd floor is a Corona Respiratory Clinic...

There were also many citizens who purchased their own rapid antigen test kits at pharmacies.

[Han Kyung-jin / Pharmacist: Many people are looking for (self-test kit), but when I try to order it at a wholesaler or something like this, there is almost no stock, and it disappears after a while, so it is difficult to order.]

Local medical staff are spreading Omicron He pointed out that screening clinics and local hospitals may run out of rapid antigen test kits if they do so, and it is necessary to prepare in advance before the nationwide expansion.

3 methods depending on location

▶ How to fill the gap in the new quarantine system's 'rapid antigen test', positive?