This was the favorite restaurant of the Spanish in 2021

The Can Jubany restaurant in Calldetenes (Barcelona) has been chosen as the favorite of the Spanish in 2021, according to the ranking just published by TheFork. The chef's place... 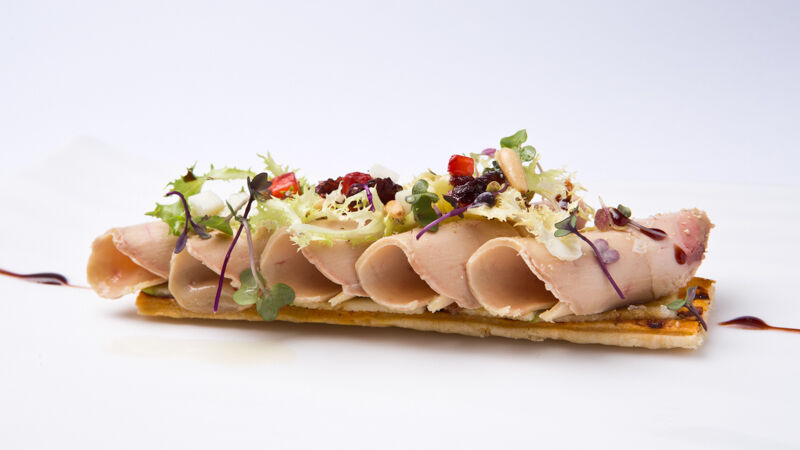 in Calldetenes (Barcelona) has been chosen as the favorite of the Spanish in 2021, according to the ranking just published by TheFork.

Chef Nandu Jubany's restaurant, with a Michelin star, heads the list of the 100 most valued restaurants in Spain, compiled by the international booking platform based on the opinions and visits of the thousands of users who book and eat every day at through the app.

Located in an old farmhouse on the Vic plain, the chef at Can Jubany presents avant-garde cuisine with ingredients from the land and recipes that are reinvented based on traditional dishes from the area. According to Nandu Jubany himself, "the recognition has been a pleasant surprise for the entire team and a boost to give us energy and strength when it comes to continuing to work to make the clients who visit us happy and meet their expectations. Thanks to them, our profession is the best".

, located in a 19th-century Indian house in Santander where the team led by chef Sergio Bastard offers innovative cuisine that mixes originality and tradition, and that in 2021 it has also led him to be awarded a Michelin star.

In third position is

, the project by the Echapresto brothers in Daroca de Rioja, La Rioja, followed

in Villaverde De Pontones (Cantabria) and

Catalonia is the region with the highest representation of Spain within the ranking, with 26 restaurants in the top 100, of which 20 are in the province of Barcelona.

For its part, the Community of Madrid follows with 16 restaurants, while the Valencian Community and the Basque Country register a total of nine each.

Among the criteria that TheFork has taken into account to prepare this list are the notes obtained by the restaurants during 2021, the opinions during the year, the visits to the restaurant file and the reservations generated.

Mansion of the Jew by Sergio Bastard,

The Coast of José Álvarez

The Doncel by Enrique Pérez