"Estimated collapse because there is no companion"... A full-scale summons investigation starting tomorrow

The cause of the disaster is slowly being revealed through the police investigation into the Gwangju apartment collapse. From tomorrow onwards, a full-scale subpoena investigation of those involved in Hyundai Industrial Development will begin. 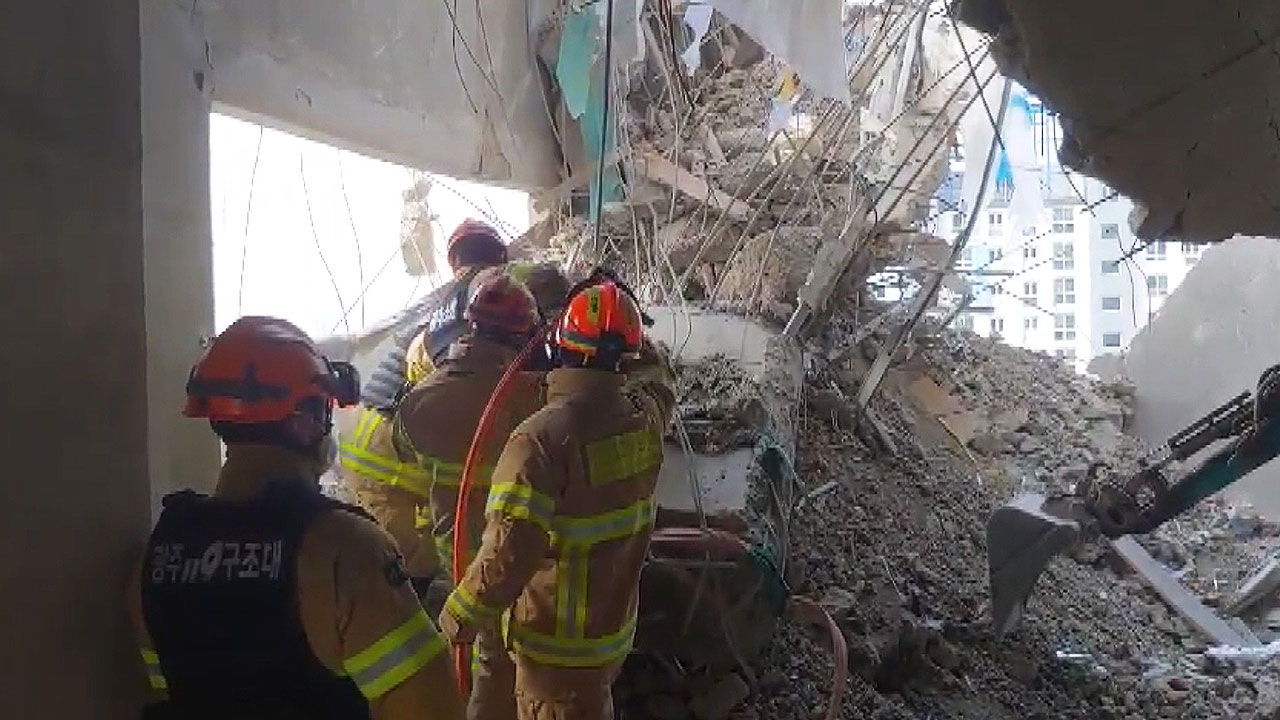 The cause of the disaster is slowly being revealed through the police investigation into the Gwangju apartment collapse. From tomorrow (25th), a full-scale subpoena investigation of those involved in Hyundai Industrial Development will begin.

construction site in Gwangju, where the outer walls of the 38th to 23rd floors collapsed.

At the accident site, the 38th and 37th floors of the apartment are empty.

Temporary pillars installed inside the concrete until it hardens enough, so-called dongbari, are missing.

It is known that the police have come to a tentative conclusion through investigations that the state in which the Dongbari was not installed had an effect on the collapse.

Accordingly, from tomorrow onwards, the police plan to call the Hyundai Industrial Development Corporation officials who have already been booked in turn to check why there were no dongbari in the upper floors of the building at the time of the collapse.

The search operation, which operates as a 24-hour search system, continued for the second day.

Last night, 66 rescuers were dispatched to search through the night, but no traces of the five remaining missing were found.

Today, a search operation is in progress centered on the 27th and 28th floors, where rescue dogs showed unusual reactions.

214 people and 48 roses were deployed, and equipment such as hydraulic cutters and 1-ton small excavators were used to remove the debris from the collapse.

Rescue dogs are looking at 16 floors of the building's upper floors, from the 23rd to the 38th floor.

17 specialists who have been dispatched to overseas large-scale disaster disaster sites and have rescue experience were also put in for the second day.

We are also installing safety railings to ensure a safe search for field crews.