A car traveling at high speed in Pohang, North Gyeongsang Province, collided with a traffic island at an intersection, injuring three people. The driver told the police that the brakes didn't work. 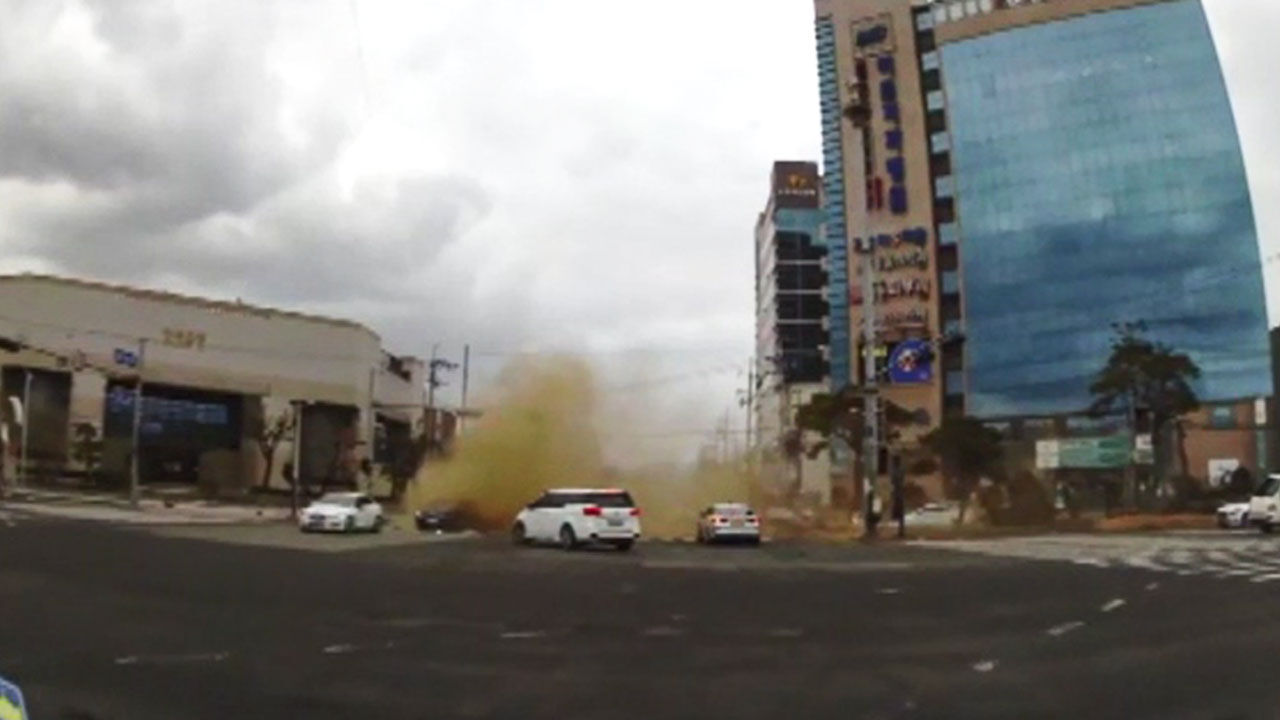 A car traveling at high speed in Pohang, Gyeongsangbuk-do collided with a traffic island at an intersection, and three people were injured.

The driver told the police that the brakes didn't work.

This is TBC reporter Park Young-hoon.

A car appears on the right side of the intersection in the vehicle's black box image.

The vehicle, which has been accelerating at a tremendous speed with a roar, rushes to the traffic island and the vehicle body floats into the air.

[Accident Witness: I only saw a large object flew away, so after that, my vision became too dark, because it was the direction I was passing.

(My vehicle) would have suffered damage if it had been a little faster.]

Person A is known to have stated that the brake system did not listen during the police investigation.

[Pohang Northern Police Station official: The brake didn't work, so he adjusted the steering wheel so as not to collide with the car in front, so he got a roadside tree.] In

this accident, three people, including Mr. A and two other drivers, suffered minor injuries. , 3 vehicles and traffic lights were destroyed.

The police are investigating the exact cause of the accident based on the black box video.