Report "I think the villa is going to collapse"... Leaning on the balcony

Yesterday afternoon, a report was received that the balcony is likely to collapse in a multi-family house in Geumcheon-gu, Seoul. The fire department urgently evacuated about 30 residents and started a safety check. 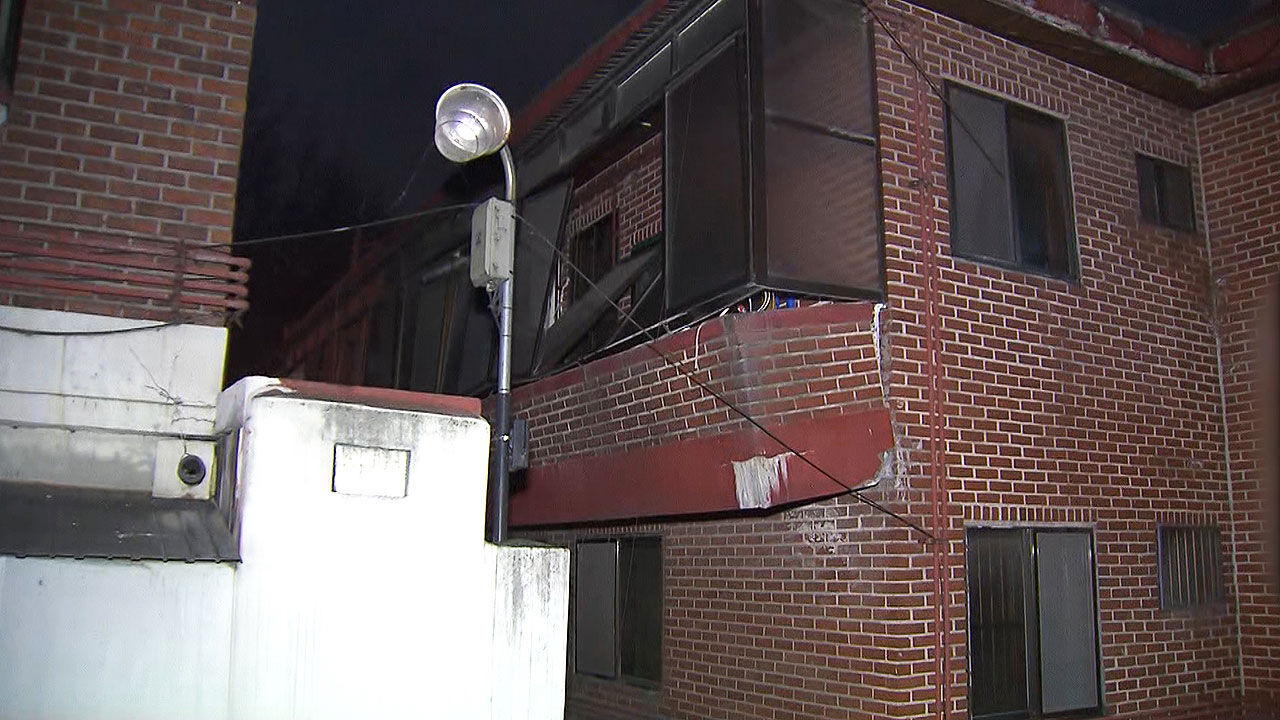 Yesterday (24th) afternoon in a multi-family house in Geumcheon-gu, Seoul, a report was received that the balcony is likely to collapse.

The fire department urgently evacuated about 30 residents and started a safety check.

Yesterday at around 5:36 pm, a resident report was received from a multi-family house in Geumcheon-gu, Seoul saying, "The balcony on the third floor is likely to collapse."

That's because the house's balcony was tilted down about 15 degrees as if it would fall off the building.

A nearby resident said the wall of the building had also recently collapsed.

[Nearby residents: The house has been around for a long time.

I broke down and that's it.

It collapsed without knowing the cause.]

In addition, we are preparing for possible collapse by mobilizing a vehicle that can determine the safety condition and checking the condition of the building in real time.

KEPCO has cut off the electricity in the building for fear of further accidents such as fire.

Rescue experts who went through an emergency inspection determined that there was no major problem with the safety of the entire building.

[Lee Woo-cheol/Seoul Geumcheon-gu Office Building Safety Center: It was visually confirmed that the rebar was not visible on the upper part of the balcony.

We have come to the conclusion that the current balcony should be demolished.]

The ward office and the fire department plan to start demolition of the balcony from 10 am today and conduct a detailed safety check.