[Sold to the end] Where 'salt farm slaves' were exposed, additional escapee testimony

When it became known to the world in 2014 that the socially underprivileged were subjected to forced labor at a salt farm in Sinan, Jeollanam-do, there was a big stir at the time. However, last year, when the incident was slowly being forgotten, Park Young-geun recently claimed that he had experienced a similar incident. 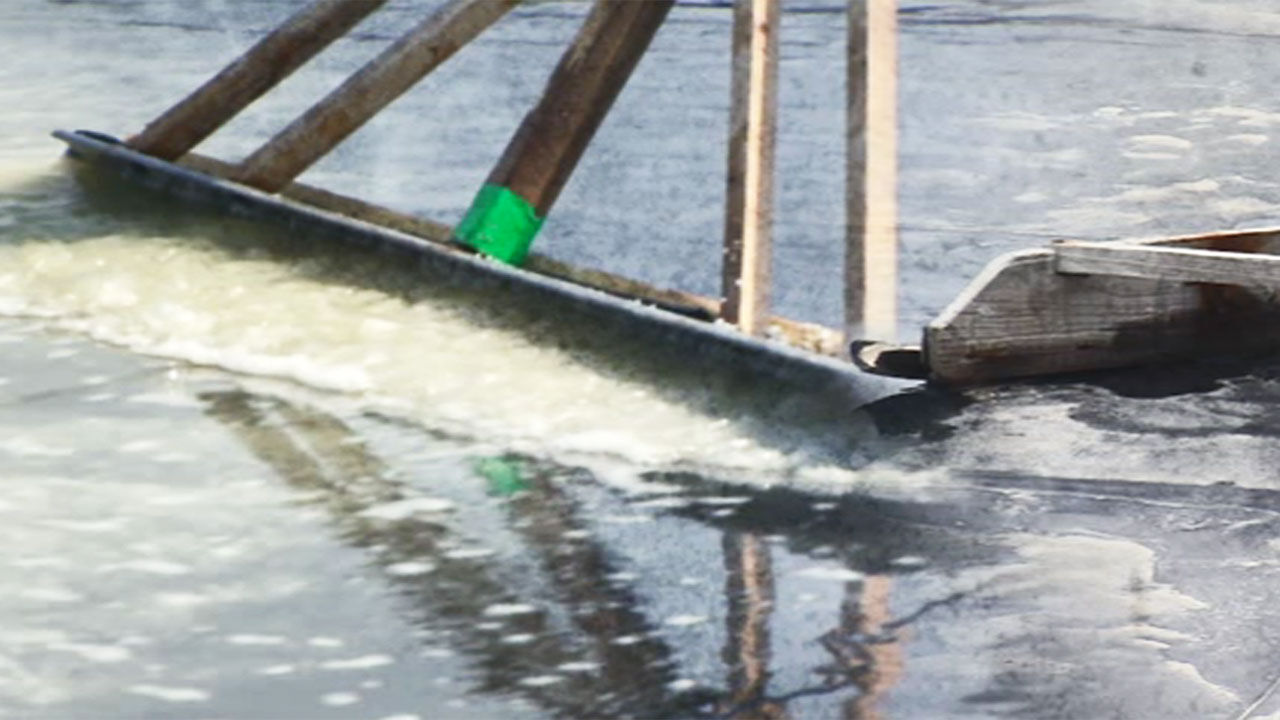 In 2014, when it became known to the world that the socially underprivileged were subjected to forced labor at a salt farm in Sinan, Jeollanam-do, there was a big stir at the time.

However, last year, when the incident was slowly being forgotten, Park Young-geun recently claimed that he had experienced a similar incident.

It is said that they had been exploited for more than 7 years without receiving a proper salary at the salt farm in Shinan.

The investigation started immediately, and it was hoped that the case would end with the arrest of one salt farm owner, but it turned out that another worker from the salt farm escaped at the end of last year.

When we covered the process, suspicious circumstances were found in various places as to whether the police and prosecutors were willing to investigate.

I'm selling till the end, this is reporter Jeong Ban-seok.

Near Mokpo Port, Jeollanam-do, there are signs of job placement agencies stating that they offer jobs at salt farms and fish farms.

Their focus is on people with nowhere to go and no one to turn to.

[Recruitment agency official: There were a lot of people who just slept in the subway basement.

They just drag them away.] They say that there

are a lot of unauthorized contractors, and the methods of evading investigations and crackdowns have become more sophisticated.

[Recruitment agency official: (Unlicensed contractors) take him to the inn, take the paper, write a contract and upload it.

Now (looking out the window) this person is also unlicensed.

It will probably happen once, several times, loudly]

I personally went to a salt farm in Jeungdo, Sinan, where Park worked.

CCTV is installed at the entrance of the old wooden dormitory, and the toilet outside is unsanitary to the extent that it is doubtful whether it is possible to use it.

Park's colleagues have denied allegations of exploitation or assault.

(salary) comes out every month.

There is nothing unfair, so go quickly.] You

are repeating the argument of the salt farm owner.

[Salt farm owner's family: If we had given more money (we gave), we didn't give it less.]

This attitude is the same as the one shown in the police investigation immediately after the revelation of Mr. Park.

However, it was confirmed that an activist for a human rights group for the disabled, who attended the police investigation at the time, submitted an opinion saying, "It is not a natural story, but rather a statement entered by someone, so 'statement contamination' is suspected."

The case will go well and you guys have nowhere to go anyway.

Don't say anything because I'm in charge of your lives.]

However, it was confirmed that another fellow worker, Mr. A, escaped only after the owner of Mr. Park's salt farm was arrested at the end of last year.

It was only after receiving the protection of an organization for the disabled that he changed his statement and confessed the fact of the damage.

I don't even get money

If you run away, they catch you and slap you in the slap.

The boss told me not to talk, just shut up.

A lot of people died in the salt farm where I worked before.]

Human rights groups claim that the police investigation conducted immediately after the revelation of Mr. Park did not strictly separate workers from the salt farm owners, and that disability tests of fellow workers were also passive.

As a result, when Park's salt farm owner was arrested, only charges such as taking out loans in the name of a salt farm worker or using a credit card illegally were applied.

[Activists for human rights groups with disabilities: (salt farm workers) have no belief that this case will be resolved in a just way, and in the emotional confinement of 'I can't do anything' amid long-standing abusive language and abuse ( We need to get him out)]

Disabled groups have decided to expose the damage of Mr. A and file a further accusation against the salt farm owner.