Here is the news of the incident overnight. A large fire broke out at a textile factory in Ulsan, and firefighting work continued overnight. Buildings are at risk of collapsing, and finished textile products are on fire, making it difficult to extinguish. 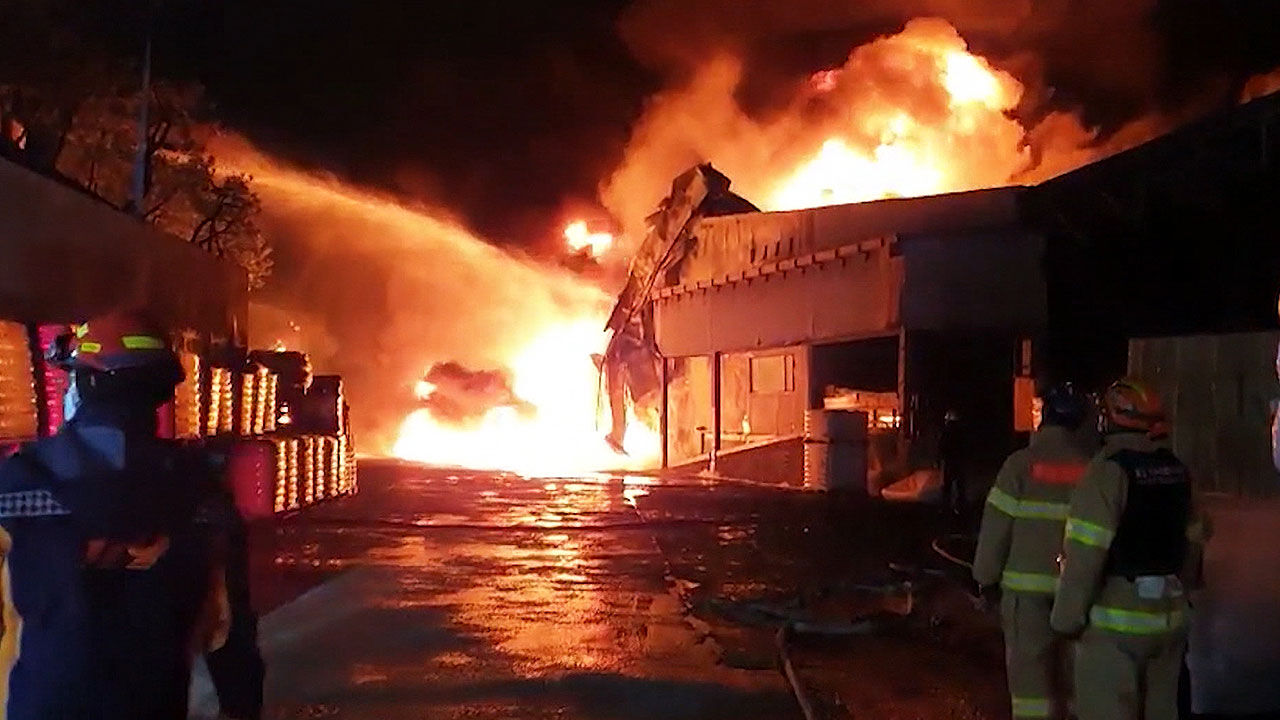 Next, we will tell you about the incident overnight. A large fire broke out at a textile factory in Ulsan, and firefighting work continued overnight. Buildings are at risk of collapsing, and finished textile products are on fire, making it difficult to extinguish.

A fire broke out at a textile manufacturing plant in Nam-gu, Ulsan, yesterday (23rd) around 6:50 pm.

The fire started on the first basement floor of the factory and spread to the entire six-story building via a pipe.

The fire caused two workers to inhale smoke and were taken to hospital.

The fire department issued the second stage of response to mobilize the nearby fire department within three and a half hours after the fire broke out, and the fire was extinguished overnight, but it still did not catch the fire.

Fire officials said they were having difficulty putting out the fire as the building collapsed and the entry was delayed and the fire spread to finished textile products.

A sidewalk block in the middle of the sidewalk collapsed, creating a large hole.

Yesterday evening, around 8:30, a 3m deep land collapse occurred next to a construction site in Magok-dong, Gangseo-gu, Seoul.

A woman in her 20s, who was walking, fell into a pit and injured her arm and leg and was taken to the hospital.

At the site, we are controlling vehicles by closing nearby roads as there are concerns about additional ground-off accidents.

[Gangseo-gu Office Official: The cause has not been identified yet.

Yesterday, around 12 noon, there was a ground-off accident in Jongno, Seoul, and three surrounding lanes were controlled.

The city of Seoul believes that a sinkhole has occurred as a result of the rupture of the water supply pipe and is in the process of restoration.