Loles León: "More than a street with my name, I prefer a fountain with three jets"

Loles León (Barcelona, ​​August 1, 1950) inevitably spreads her joy, her enthusiasm for things, even though she is 600 km away and the conversation with her is... 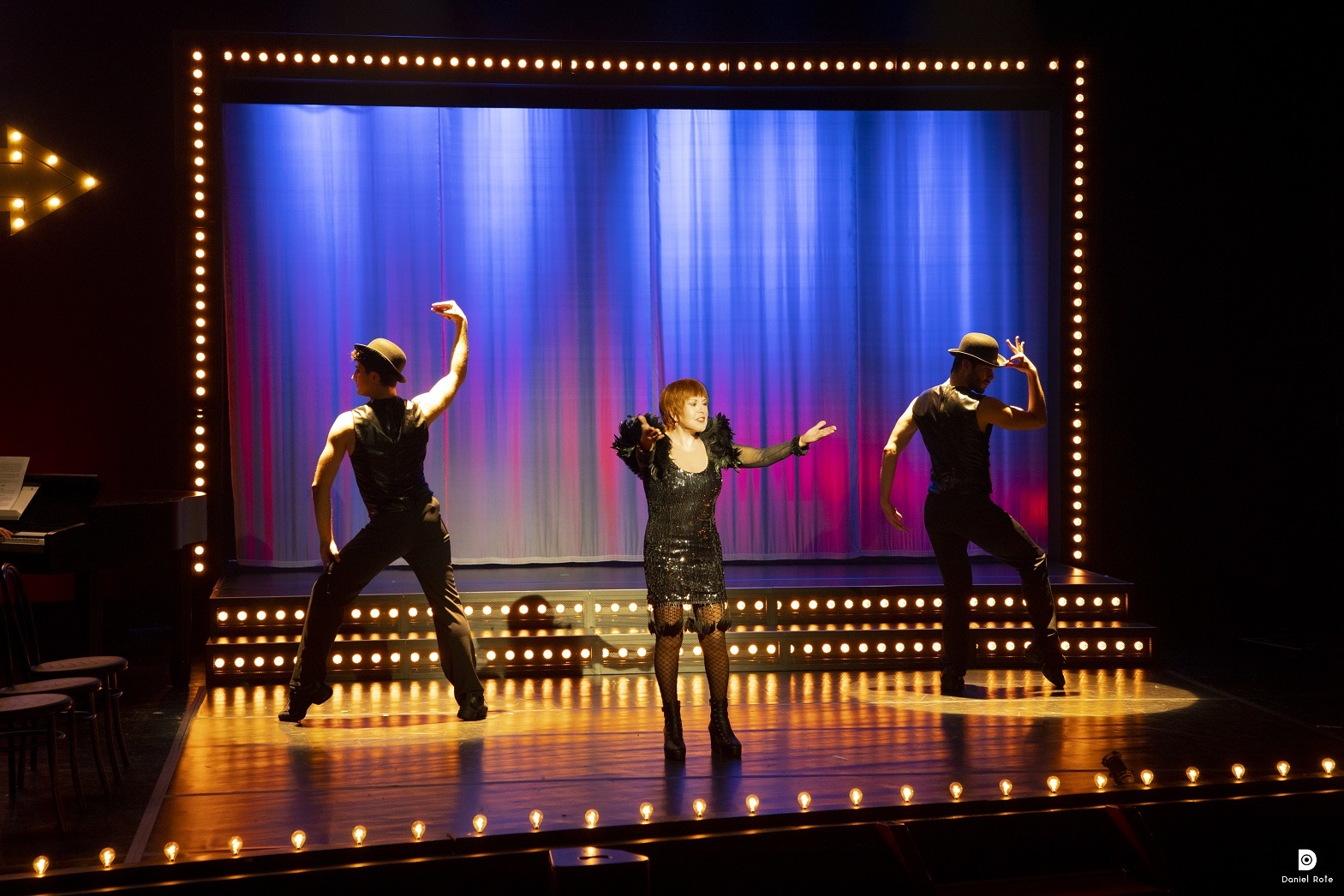 Loles León (Barcelona, ​​August 1, 1950) inevitably spreads her joy, her enthusiasm for things, even though she is 600 km away and the conversation with her is on the phone.

At 71, the actress, who is going through one of her best professional moments, assures that her positive and optimistic attitude towards life and her good humor have taken her to where she is today.

"I love my job, I really enjoy everything I do, whether it's in an interview like this, in the theater or whatever. I like everything and I feel full," she says with a laugh.

the play that premieres at the La Latina theater in Madrid on Friday, January 21. It is a show made to measure by his great friend Juan Luis Iborra, a

in the style of cabaret and music hall in which the star tells anecdotes and moments of his life, some real and others fictitious, accompanied by the music of Yeyo Bayeyo and Briel González and Fran del Pino in the dance numbers. Memories full of emotion and

take the viewer on a journey through the last 50 years of Spanish history.

Have you been waiting all your life for this kind of show? After spending so much time making movies and series, I really wanted to go back to the theater. The last time was with

in 2013. Juan Luis Iborra, with whom I have been working for many years, began to write the text for me during confinement.

He called me and read me what he was having to see if I liked it.

He knows me so well that I liked what I heard, and we moved forward.

Something good came out of lockdown!

(laughs). You dance, you sing, you perform.

What else are you going to surprise us with here?

With a little gymnastics... (laughs).

More than dancing I do gymnastics.

I'm older than Methuselah and I raise and lower my legs, but dancing... not much, because I'm not a dancer and I'm not good at it.

I am the narrator and I sing, yes.

There are eight themes.

Have you prepared especially for this play? No, really.

I've been doing cabaret theater shows since the 1970s, so I mix stories, songs, gags... Yesterday, for example,

Are 90 minutes enough to really get to know Loles León? No, it's just that you can't tell everything because it would be a three or four hour play. With so many years that I have and 55 of profession, it is not possible to explain everything. But it's enough to meet the artist Loles, the one who appears on TV, the one who makes movies and who shares her artistic life with the public, but I don't get involved in my private life, because it's the same as always: a lady who she already has a grandson, who is a housewife... That is of no interest, that is why we do not show it. Among the anecdotes there are bitter moments and others that are happier... Life is not easy and we all have bad moments and we go through them, getting into the puddles and then get out. But in the show there are no sad situations, because now what you have to do is have a good time,have fun and forget about the sorrows and this complicated moment that we live worldwide. We do not expect anything else. You start the work saying: "If you don't like things in your life, who said you can't change them?". What have you changed for your profession? I have changed a lot... in fact, they always tell me that I am constantly reinventing myself. If there is something I don't like, then I leave it... I remember when I did

You have worked in series, theater,

, cinema... what do you have left to do? Well, continue, repeat everything.

You tell me: "we are going to repeat everything, in its order" and I would do it again.

Your face sounds familiar to me

... and in April, we started again with the series

How do I manage?

Well bad (laughs), because my head is like a pressure cooker... but you have to do things calmly.

Of all this, what do you enjoy the most? With the simple fact of being active.

I love my job, whatever it is, and in any job I give my all.

The Madrid of Loles Leon

You arrived very young in Madrid. What struck you the most about this city? The possibilities that I had to get ahead in my job. It is a city very similar to me, to my character, to how I understand life. I love Barcelona, ​​where I have my roots, my family, but Madrid is the one that best suits my spirit. I discovered it and said: this is my place. Would you like to have a street with your name now that it is so fashionable? one comes out with water, from another cava, which I like a lot, and from another... well, a little milk, so that the kids can make cola-cao, because I have many small fans because of the series. And now that they have put 'La que se avecina' on

you will have more Do you usually see her? Yes, every night, even if I don't go out. I put it on loop and fall asleep with it, because there is nothing better than going to sleep laughing. I just love it, I laugh with all the actors. In addition, I usually send them messages about how well they come out and what I like, but not only in this one, but in all the Spanish series. After your time on Master Chef, do you like to cook for others at home or do you prefer to go out to trendy restaurants to see what's cooking? The truth is that neither one nor the other. I take great care of myself because I'm of an age and I'm a person at risk, so no one comes and I don't go anywhere. I'm at home, I cook for myself, I don't go to anyone's house or to restaurants, well except when I'm on tour when I have no other choice, but either the hotel or the one closest to the theater, but I try to take care of myself.I have a lot of responsibilities, I have three jobs at the same time and I can't afford to test positive and cancel shows. I am a very patient person and now we have to wait. I don't have that anxiety of youth that it seems like they'll never have a beer again, they'll never be able to go to a nightclub again... it's normal for young people to be like that, but not me. Do you order food at home? Neither. I go to the market and I cook.

What favorite places in Madrid do you like to walk through?

It has such beautiful corners, that's where I recharge my batteries. I also like the Segovia bridge, Madrid de los Austrias. The Plaza de Oriente, Rosales, the Parque del Oeste... all that part gives me a lot of energy. My grandson is now nine years old, but before I used to take him for a walk to the Las Vistillas park. Can you do it quietly, without being recognized? Well, if I go with the glasses and the hat, they don't recognize me, but if I speak, yes. The voice gives me away. But I always stop, I like it a lot. The public is what gives meaning to my profession, without it I could not do anything. I am aware that not everyone likes me, if I believed that it would be absurd, but just because one person likes it seems enough to me. What is your favorite theater? La Latina. I worked there a couple of times, but when we decided to do

One Night With Her

I wanted it to be there.

It is the theater that fills me the most.

Jesús Cimarro [president of theater and dance producers in Spain] wanted to send me to another theater because he was busy, but I told him that then I would wait for him to be free and play me, he wanted La Latina... Are you going shopping ?Very little because I dress as Teria Yabar (Claudio Coello, 60).

She gives me the clothes so that I can be comfortable and calm.

He has things of my style, so I go to his store, I try on and what suits me, I take it to the programs or in case I have to do promotions or press conferences.

She is the one who saw me.

The final interview Blanca Portillo: "There is distrust of politicians because it seems that nothing ever happens to them"