Migratory birds that visit Korea for the winter are being killed every year due to poisoning. Natural monuments such as goshawks and eagles are also being damaged. 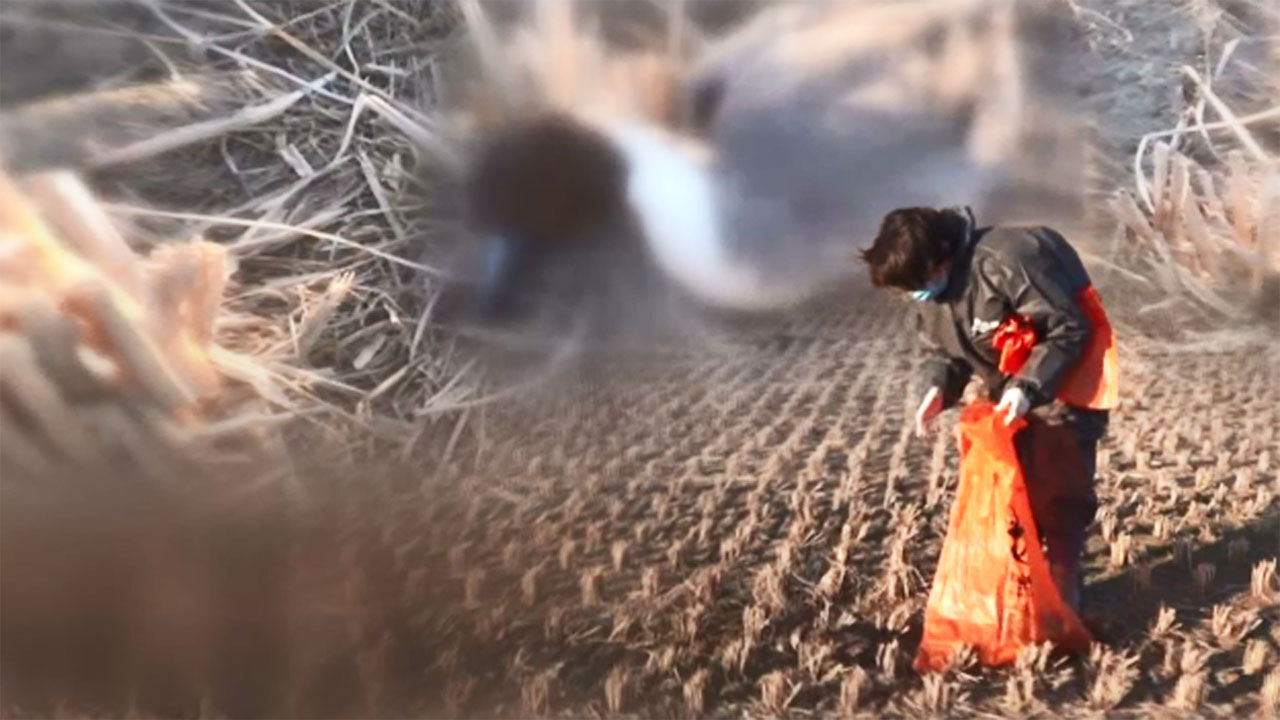 Migratory birds that visit Korea for the winter are being killed every year due to poisoning. Natural monuments such as goshawks and eagles are also being damaged. Although it is presumed to be poaching, it is not easy to crack down on the crime as it is mainly carried out in the fields.

This is reporter Lee Yong-shik's report.

is a field in Asan, Chungcheongnam-do.

Dead birds are scattered all over the rice fields.

They are mainly winter birds of the family Auridae, including green-headed male mallard ducks, as well as pintails and stingrays.

About 100 carcasses have been found dead here.

These are winter migratory birds that came to Korea to winter.

The avian influenza test came out negative, but a close examination is being conducted because poisoning with poisons such as pesticides is suspected.

[Kim Seong-joong / National Wildlife Conservation Council Asan President: This happens repeatedly every year, and we are quite embarrassed.]

On the 5th, three eagles and two severely damaged dead geese were found together in Taean. That's it.

One eagle is dead, and the rest are recovering after receiving treatment such as gastric lavage.

It appears to have suffered secondary damage from poisoning with pesticides and eating dead geese.

[Ye-eun Oh / Veterinarian at Chungnam Wildlife Rescue Center: I believe that the cause of the eagle's death is pesticide poisoning, but I was able to confirm that the remains of a goose (in the eagle's body) were found.]

A poisonous insecticide was released from the body of the dead migratory bird, and the raptor goshawk and eagle suffered secondary damage.

Poaching wild animals is punishable by up to five years in prison or a fine of up to 30 million won.

However, the same damage is repeated every year because the crime scene is a field without CCTV or witnesses.