This is the breaking news of the Gwangju apartment collapse. The five remaining missing persons have not been found yet, but the work of dismantling the tower crane to search the upper floors is also being delayed. 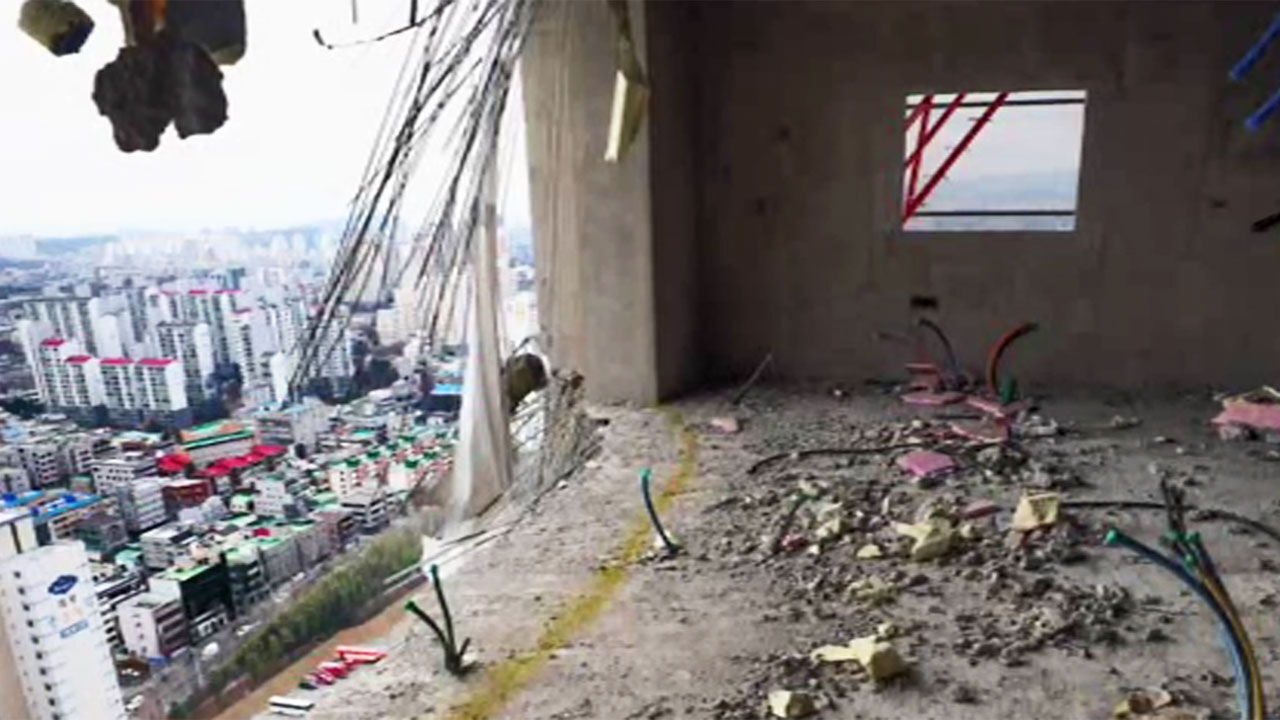 is the breaking news of the Gwangju apartment collapse. The five remaining missing persons have not been found yet, but the work of dismantling the tower crane to search the upper floors is also being delayed. Connect with on-site reporters.

Yes, it is the site of the collapse of the Gwangju apartment.

The dismantling of the tower crane was scheduled to be completed today (22nd), the 12th day of the accident, but it has not been completed yet.

This is because the work is being delayed due to abnormal signs on the exterior walls of the building.

Yesterday, the 55m-long boom and 6 weights that act as the crane's arms were removed. Today, the upper structures such as the cockpit were scheduled to be dismantled. I did.

In the process, there seems to be a possibility that the original plan of dismantling the crane may be changed as an abnormality occurred on the exterior wall of the building.

[Min Seong-woo / Head of Safety Management Department of Hyundai Development Company: If the tower crane can act as a great unstable factor to the retaining wall when it is removed than it is now, we will not proceed with the dismantling of the tower crane tomorrow.]

Then the search for the remaining missing persons will be delayed. I think it will.

Yes, the authorities do not believe that there will be a major risk to the work as the work to stabilize the crane has been carried out first.

The search for the missing person continued today.

About 190 people, 43 equipment, and 5 rescue dogs were deployed.

The points where the rescue dogs reacted are thickly piled with rubble and can only be accessed by lifting heavy equipment.

The fire department plans to start a full-scale rescue operation by sending 14 professional rescuers from across the country to the scene from the 24th.