[Video] "What should I do?" Ski lift fears running backwards... injury one after another

Today at a ski resort in Pocheon, Gyeonggi-do, a lift suddenly ran in reverse. People on the lift had to either jump off hastily to avoid a crash, or were suspended in the air and isolated in the cold and fear. 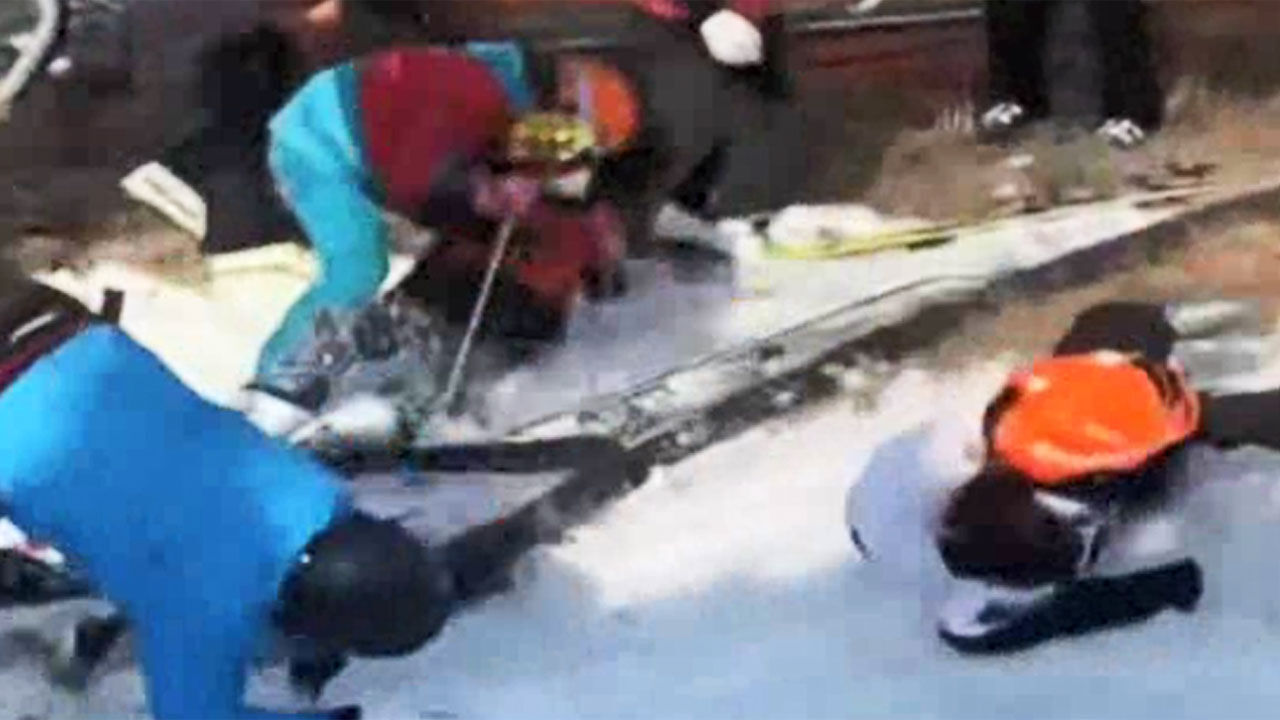 Today (22nd), at a ski resort in Pocheon, Gyeonggi-do, the lift suddenly ran in reverse. People on the lift had to either jump off hastily to avoid a crash, or were suspended in the air and isolated in the cold and fear.

Reporter Kim Min-jung reports the situation at the time.

[The lift is going backwards!]

The lift rushes back down to the starting point.

People who jumped off the lift to avoid a collision tangled together, causing havoc on the platform.

The lifts running in the opposite direction collide with each other and make a roar, and even children fall off the lift and fall on the floor.

Several people try to hold the lift together to prevent the lift from being pushed further, but it is not enough due to its high speed.

Meanwhile, he could not avoid it and got caught between the lifts.

At around 3 pm today, a number of injured people were injured in a lift accident that occurred at Bears Town Ski Resort in Pocheon, Gyeonggi-do.

[Ski resort visitor: There are a lot of minor injuries. There were people who couldn't jump off the chair in the middle. Now put your feet between the lift chairs.]

The ski resort managed to stop the lift, but about 100 passengers were isolated in the air.

[We will be rescued soon, so please wait for a while.] The

fire department installed an emergency medical center equipped with hot packs and blankets at the site to prepare for hypothermia, and fire-fighting helicopters were also deployed.

All passengers who were isolated were rescued around 6pm.

A 7-year-old child with bruises was taken to the hospital.

The fire department plans to investigate the exact damage and cause of the accident.