The dismantling of the tower crane, which was an obstacle to the search for the upper floors of the collapsed Gwangju apartment, will be completed today. The search for the missing person, which was temporarily halted, will resume this morning at the earliest. 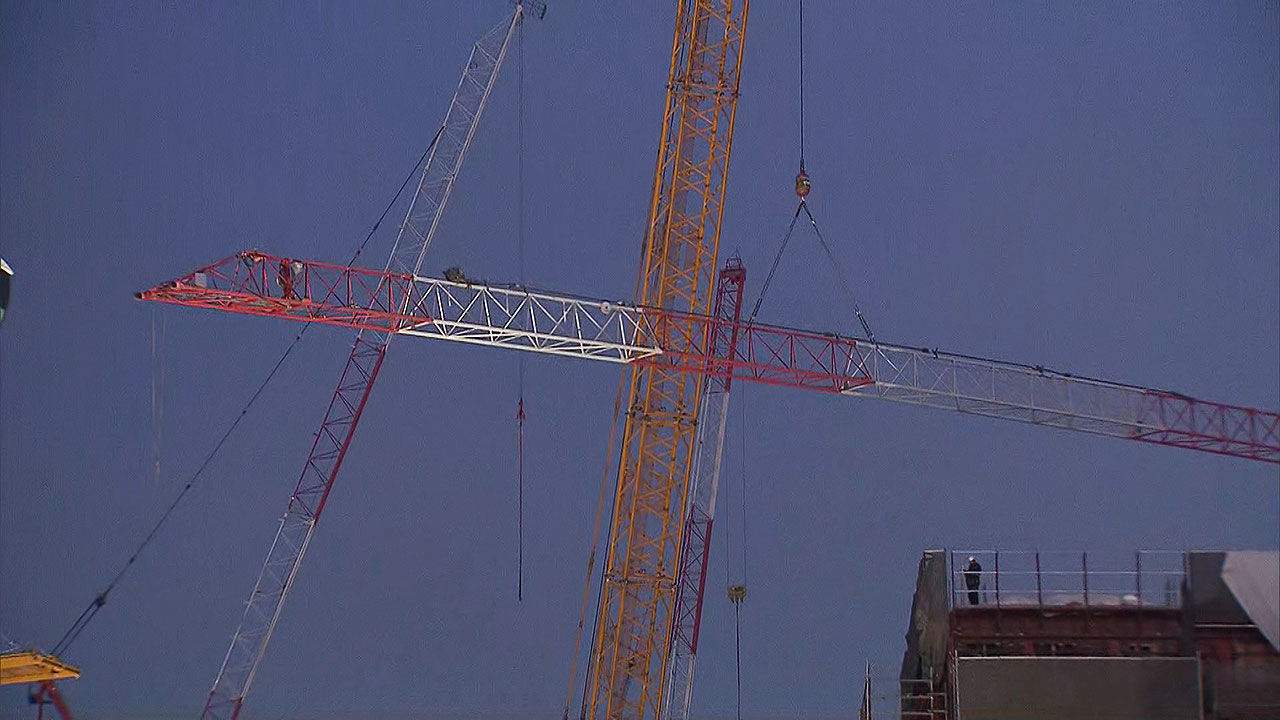 The dismantling of the tower crane, which became a stumbling block in the search for the collapsed high-rise apartment building in Gwangju, will be completed today (22nd). The search for the missing person, which was temporarily halted, will also resume this morning at the earliest.

The tower crane dismantling work, which started in earnest since yesterday afternoon, was stopped around 7:10 pm as the sun went down.

An on-site official explained that more than 70% of the entire process was carried out.

The 55m-long 'boom stand', which serves as the tower crane arm, and 6 weights were removed one after another.

The goal was to finish the dismantling yesterday, but during the work, the outer wall of the building next to the tower crane moved about 80mm, so it took about 3 hours to stabilize it.

Starting this morning, we plan to finish the dismantling work by tearing down the remaining parts such as the cockpit.

Removal of the precariously leaning tower crane next to the building will allow a relatively safe and rapid search of the high rise of the building, where there are estimated to be five missing persons.

The search for the missing person, which was stopped for the safety of field crews during the tower crane dismantling work, is expected to resume as early as this morning.

During the dismantling process, the 'Resident Evacuation Order' issued in case of an unexpected safety accident will also be lifted.

The police investigation into the cause and responsibility of the accident is also accelerating.

The police plan to focus on proving negligence by summoning those involved in the accident as soon as the analysis of the data obtained through extensive seizure and search is completed.