Russian scientists have created a service for predicting chemical reactions. According to the researchers, artificial intelligence calculates the activity of nanoparticles of various substances, and also suggests the optimal conditions for various catalytic reactions. The service is in the public domain and will allow developers to reduce the time it takes to create new components for medicine and other fields. 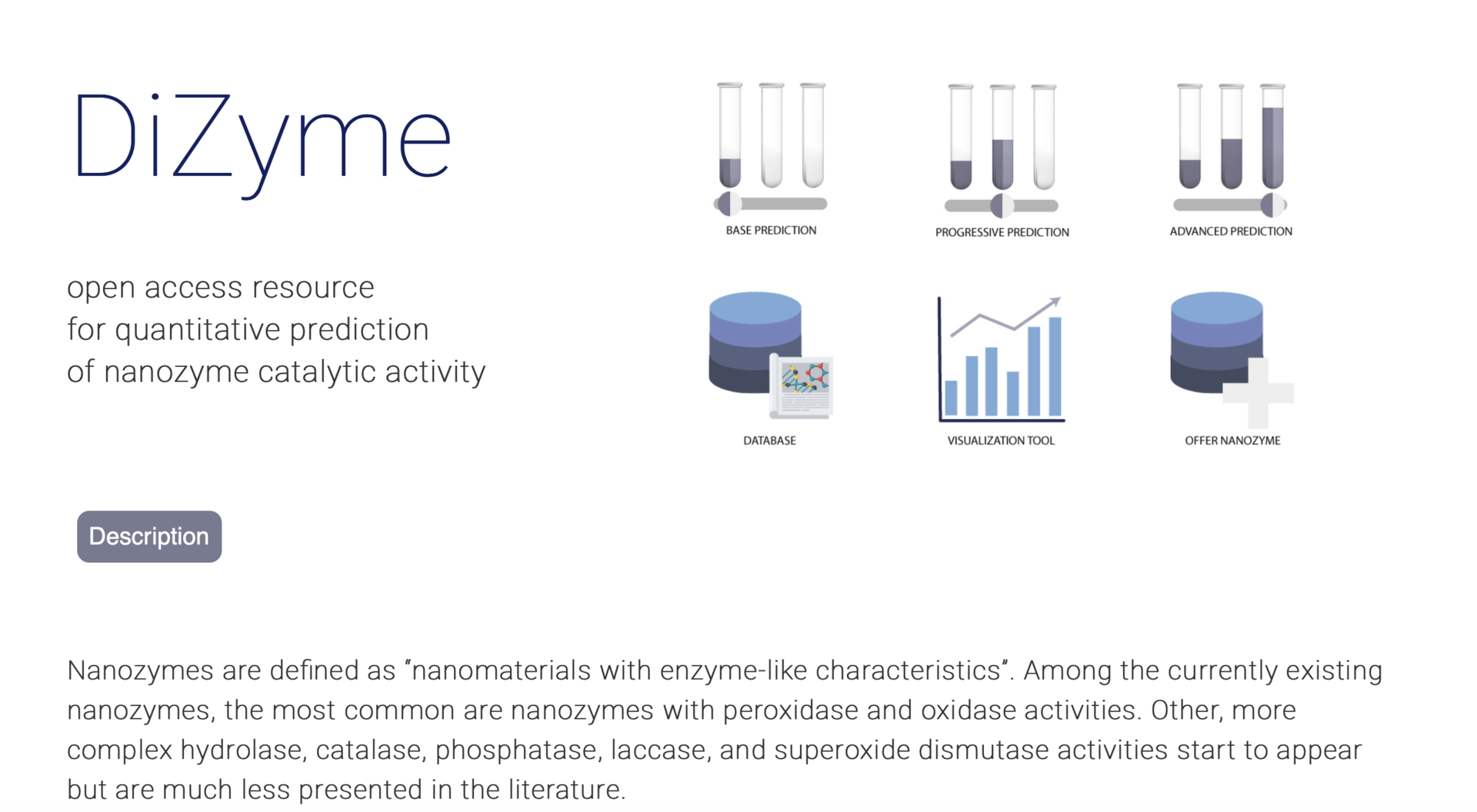 Russian scientists from the SCAMT Institute at ITMO University in St. Petersburg created and launched the DiZyme online platform for predicting the activity of artificial enzymes - nanoparticles.

A description of the principles of the service was published in the scientific journal Small.

The online service is in the public domain and contains a database of inorganic nanoparticles that can act as natural enzymes (special proteins that speed up biochemical reactions).

Computer algorithms make it possible to predict how one or another catalytic reaction with nanoparticles will proceed.

Usually such preliminary calculations are carried out by chemists manually, which requires a huge amount of time and expensive reagents.

Artificial intelligence calculates the reaction in a few seconds, the authors of the project note.

In addition, the algorithm suggests which reaction conditions will be optimal: parameters are entered into the system, and it gives a graph of the dependence of the activity of nanoparticles on different reaction conditions—temperature, pH, etc.

Natural enzymes have high catalytic activity and can be used in medicine and other areas, but the process of obtaining them is expensive and complicated.

Since the 1960s, the world has been working on the creation of artificial enzymes.

An alternative to organic catalysts can serve as nanoparticles of inorganic substances with high activity - nanozymes.

Such particles are quite easy to obtain, and they are not as demanding on storage conditions as natural enzymes.

Nanomaterials have a wide range of properties that can be modified.

For example, it is possible to change the shape of nanoparticles or chemically modify their surface to maximize catalytic activity.

Today, nanozymes are used in medical diagnostics and other areas, including biosensors.

A service for computer simulation of the activity of artificial enzymes can significantly speed up developments in this area, according to the press service of ITMO.

“Our service is aimed primarily at the study of nanoparticles with peroxidase activity.

We have accumulated a large amount of data on these systems.

Anyone can go to the site, enter the chemical formula and parameters of the nanoparticle of interest, after which the algorithm will predict its activity.

The whole process takes a matter of seconds, ”said Yulia Razlivina, the first author of the study, an ITMO master’s student, in an interview with RT.

Peroxidases are called enzymes that accelerate oxidation reactions in living cells with the participation of hydrogen peroxide.

In medicine, such compounds are used for biochemical analysis of blood and urine.

As Vladimir Vinogradov, Doctor of Chemistry, Head of the SCAMT Institute at ITMO University, said in a comment to RT, the platform has been tested in practice.

“To do this, we chose 16 different samples, on which we measured peroxidase activity, to compare how accurate the platform’s predictions are.

It turned out that for about 70% of the systems, the service showed a very good match in terms of parameters.

For the remaining 30%, the values ​​fall within the acceptable accuracy limit for evaluation before experiments.

This suggests that our platform has a high level of accuracy in predicting enzymatic activity,” the scientist noted.

The online platform will help chemists both in applied development and in fundamental research, its creators are sure.

In the future, the possibilities of the resource may expand.

As one of the authors of the project, ITMO University PhD student Nikita Serov, explained, after a sufficient amount of experimental data has been digitized, the resource can be used in other areas of catalytic chemistry.

“Our task is to significantly speed up experimental research and minimize the cost of it.

The more scientists use our platform, the better it gets.

This is its main advantage,” he stressed.