Heavy snow advisory for Seoul and other metropolitan areas and northern Chungcheong... snow in the daytime 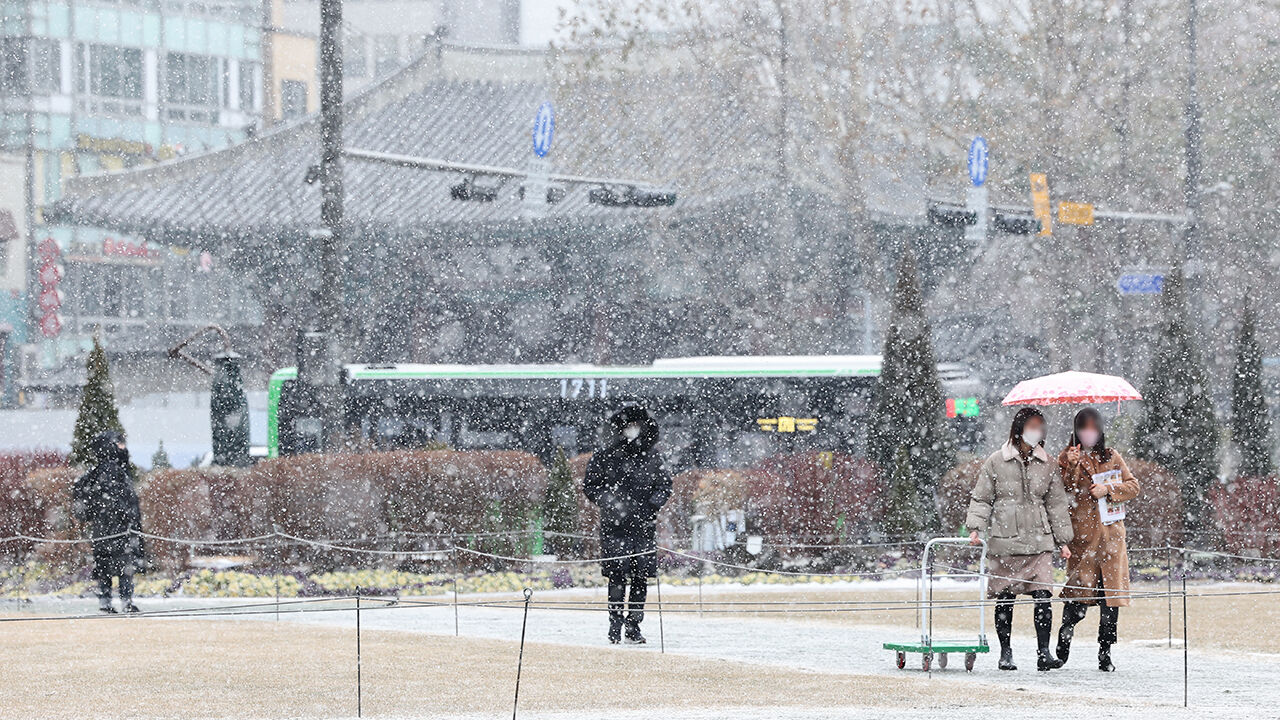 A heavy snow advisory was issued on the morning of the 19th for the metropolitan area, including Seoul, and northern Chungcheong Province.

A heavy snow advisory is issued 'when the 24-hour snowfall is expected to exceed 5 cm'.

A heavy snow warning has been issued for northern Chungcheongbuk-do and Gangwon-yeongseo.

As of 9 a.m., more than 5 centimeters of snow is falling per hour on the 5th island of the West Sea (Yeonpyeong Island).

On Daeyeonpyeong Island, Ongjin-gun, Incheon, 8.1 cm of snow was accumulated.

Snow clouds formed in the West Sea are moving southeast at a speed of 40 km/h.

Therefore, during the day (from 9 am to 3 pm), it will snow 1-3 cm per hour in the metropolitan area, Gangwonyeongseo, and northern Chungcheong.

In the afternoon (noon to 6 pm), it will snow in the central region except for Yeongdong, Gangwon, and in Honam, Gyeongbuk inland, and western Gyeongsang inland.

The expected snowfall in the metropolitan area, Gangwonyeongseo, and Chungcheong areas is 1~5cm.

However, in places where there is a lot of snow, the amount of snow may exceed 7 cm.

1-3 cm of snow will accumulate in Honam, Gyeongbuk inland and western Gyeongnam inland.

Between tonight and tomorrow morning, a lot of snow will fall in Yeongdong, Gangwon, the east coast of Gyeongbuk, and Dongsan in North Gyeongsang Province.

Snow or rain is expected in Jeju at the same time.

In Yeongdong, Gangwon-do, Ulleungdo and Dokdo, there may be places where snow of 20 cm or more can accumulate.

There is a possibility that a heavy snow warning may be issued.

A heavy snow warning is issued 'when the 24-hour snowfall is expected to be 20 cm or more (30 cm or more in mountainous areas)'.