From Patones to Buitrago, route through the four villages of the Sierra Norte de Madrid

The Community of Madrid has 11 villas throughout its territory. Eleven unique towns that deserve this title for having preserved their enormous... 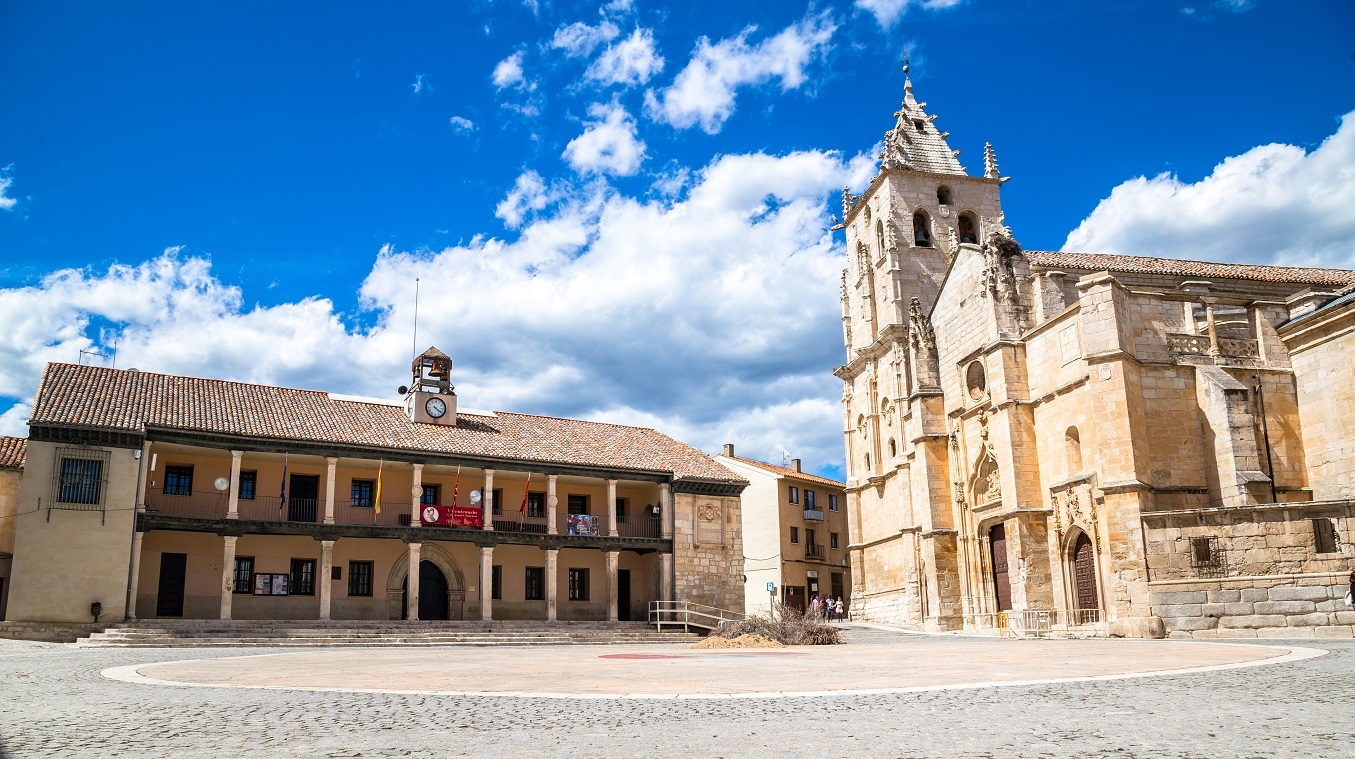 The Community of Madrid has 11 villas throughout its territory.

Eleven unique towns that deserve this title for having preserved their enormous historical and cultural heritage in perfect condition, for their valuable gastronomic and wine tourism resources and for being located in privileged natural environments.

All this turns these jewels into highly attractive tourist destinations.

We propose a route to discover

the four towns located in the Sierra Norte de Madrid

four jewels just over an hour's drive from the capital.

Plaza Mayor de Torrelaguna, with the church and the Town Hall (left).

The town of 4,697 inhabitants, located in the Middle Valley of Jarama, is probably the most unknown of the four. This medieval jewel, which reached its greatest splendor in the 15th century, has been declared a Historic-Artistic Site due to its considerable monumental heritage. The nerve center of the town is its

a typical Castilian square flanked by three of the most emblematic enclaves of Torrelaguna: the

one of the best examples of Madrid's Gothic architecture whose construction began at the beginning of the 15th century, the

, a porticoed building with Renaissance characteristics founded by Cardinal Cisneros in 1514 as a grain store, and the

(16th century), an abbey in which the floor plan and Plateresque façade of the chapel stand out.

In the middle of the square is the

, built in 1802 on the site of the house where Cardinal Cisneros was born.

Other enclaves that are worth visiting are the

Palace of Arteaga or the Infantado

, one of the six that were built in the valley of the Jarama between the 9th and 10th centuries to protect Toledo, the remains of the

, which protected its inhabitants during medieval times.

This town is located 10 km from Torrelaguna, considered by many to be one of the most beautiful and original towns in the region, as it has one of the best-preserved rural urban complexes with a traditional character. Located on a small mountain, it is one of the most representative examples of

To get to the town you have to do it on foot, along a one kilometer signposted path that starts from the Patones de Abajo car park.

Once there, you must walk through its labyrinthine narrow streets, with stone and slate houses that stand out for their balconies full of colorful flowers, to reach some of the most emblematic places, such as the

hermitage of the Virgen de Oliva

Along the way, spontaneous viewpoints appear with beautiful views of the Sierra.

About 35 km along a beautiful road with the mountains of the Sierra Norte in the background separate Patones from Buitrago, a town known as "The Walls of Madrid". The beautiful town bathed by the river Lozoya is located on a promontory at the foot of Somosierra and completely surrounded by a wall of Muslim origin (11th century), perfectly preserved. With a perimeter of more than 800 m, the walls, which in some sections reach 10 meters in height, protect the historic center. It is accessed through the

, an albarrana tower about 16 meters high.

Behind the walls are enclaves such as the church of

(14th-15th centuries and Gothic in style) with its large Mudejar-style bell tower;

or Alcázar attached to the walled enclosure, erected in the 15th century by the Mendoza family, and the Picasso Museum, in the square of the same name next to the Town Hall.

About 30 km to the west along the M-604, crossing the Pinilla Reservoir, you reach Rascafría, a town nestled in the middle of the Lozoya Valley surrounded by mountains and forests. It is a popular destination to escape during the day to enjoy nature, since within its municipal area there is the

the Giner de los Ríos arboretum and the Finland Park. The large number of paths and routes that start from the municipality make Rascafría a perfect place for lovers of hiking.

Strolling through this small town in the Sierra de Guadarrama, full of stone houses, is also a must.

Among its heritage jewels are the church of San Andrés Apóstol (15th century) and, especially,

, on the outskirts, which began to be built in 1390, in Gothic and Baroque styles (entrance : 7 euros. Book online).

Next to the monastery is the

, built by the monks to replace a wooden one and facilitate access to the old paper mill.

(especially that of Sierra de Guadarrama Protected Geographical Indication Meat), either grilled, roasted in a wood oven or seasoned with some of the aromatic herbs that occur in the area such as thyme,

are part of the typical gastronomy of the Sierra Norte of Madrid. T-bone steak, entrecôte, roast lamb and lamb chops are among the most popular dishes.

For tapas, spoon dishes and meats from Guadarrama,

Kid, suckling lamb, migas or tripe are the specialties of

It can also be eaten in portions.

PlansEight proposals not to be missed this week