This is the breaking news of the Gwangju apartment collapse accident. The site is so unstable that the search was stopped seven times today. Families of the missing are exhausted. We will connect you on the spot. 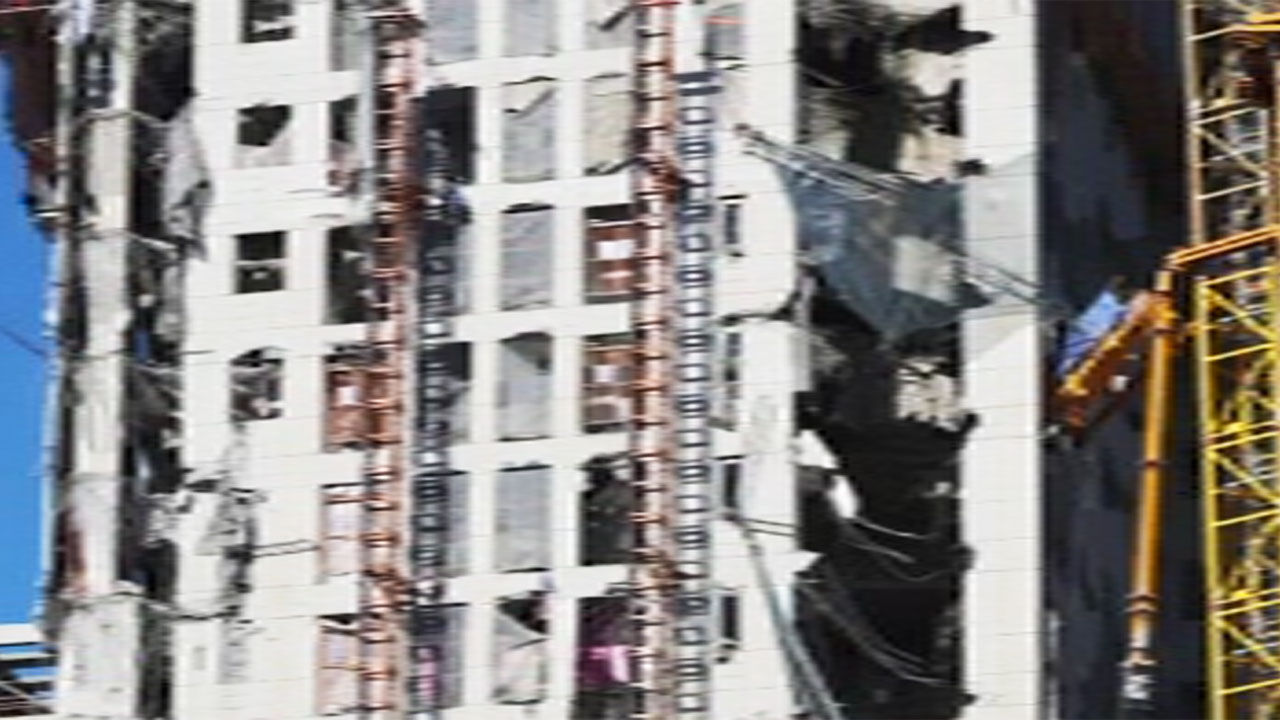 is the breaking news of the Gwangju apartment collapse. Today (16th), the site is so unstable that the search was stopped seven times. Families of the missing are exhausted. We will connect you on the spot.

Reporter Jeong-eun Shin, the news you've been waiting for isn't there today?

On the sixth day of the accident, the search operation started early in the morning.

An intensive search is still ongoing from the 4th basement to the 2nd floor, but there is no news of additional rescue.

[Kor Min-ja / Gwangju Fire Safety Headquarters: Because we are in the process of carrying out rescue work in a situation where the degree of danger to the inside cannot be confirmed. I went into the collapsed building, but there are many cracks in the floor and the ceiling.]

Yesterday, the search operation was stopped with a falling object, but today, today too, a lump of concrete fell 7 times, and the field crews withdrew and repeated the search.

The hearts of the families of the missing people waiting for news of the rescue burn.

[Mr. Ahn / Representative of the missing person's family: If there is no result today or tomorrow, the search for the missing person seems to be prolonged. It can take 2 to 3 weeks, or as long as several months... Because 99.9% of the chances are gradually disappearing.]

As a result of an autopsy by the National Forensic Service, the first finding of a worker who was found and died at the site the other day was 'multiple organ damage'.

How was the dismantling of the tower crane?

As you can see behind me, you will need a separate tower crane for dismantling this tower crane, which leans precariously next to the building.

The work of assembling the 1,200-ton dismantling crane is expected to be completed by early tomorrow at the latest, and a tower crane of the same size has also been added as a spare.

Reporter Jeong-eun Shin, did you hear any news from the police investigation?

Poor concrete curing was cited as the main cause of this collapse.

The police have caught a situation where this work was done in the form of expedient subcontracting.

The police identified the eight workers who were pouring at the time of the collapse to be employees of a pump car equipment company that lifts concrete contracted with Company A to a high floor, rather than belonging to Company A, a construction company that specializes in pouring under a contract with Hyundai Development Company.

So, the police are intensively investigating whether the so-called 'proxy construction' was done.