Researchers identify a virus as responsible for multiple sclerosis 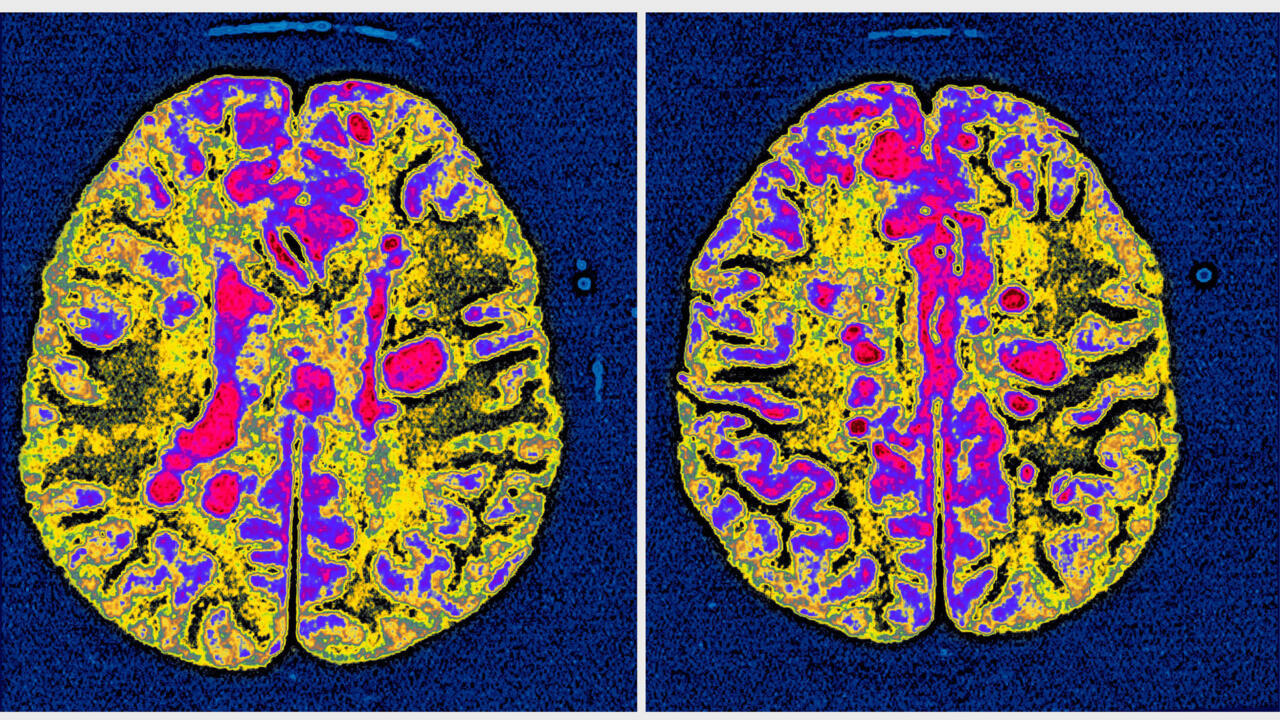 Researchers identify a virus as responsible for multiple sclerosis

CT scan of the brain of a patient with multiple sclerosis, an autoimmune disease of the central nervous system (brain and spinal cord).

American researchers have just discovered that the disease is surely caused by a virus.

The discovery of American researchers appeared this week in the magazine

It could allow the development of a future treatment.

The Epstein-Barr virus is undoubtedly the one that would cause multiple sclerosis.

This virus, which infects approximately 95% of adults, can also cause other diseases such as mononucleosis.

The study, published this week in the prestigious journal

, shows that this virus is necessary for the development of multiple sclerosis, even if all infected people do not develop this disease.

This discovery raises the hope of the possible development of a future treatment, which would make it possible to cure this disease affecting some 2.8 million people in the world.

The hypothesis had been studied for several years, but difficult to prove, in particular because this virus is very common, and the symptoms of the autoimmune disease only appear about ten years after infection.

This is an important step, as it suggests that most cases of multiple sclerosis could be prevented by stopping Epstein-Barr virus infection

Targeting this virus could lead to the discovery of a cure.

The researchers followed for 20 years more than 10 million young adults enlisted in the American army, of which 955 were diagnosed with multiple sclerosis during their service.

According to this work, the risk of contracting multiple sclerosis increased 32 times after being infected with the Epstein-Barr virus, but remained unchanged after infection with other viruses.

According to researchers at Stanford University, who published a commentary on the study in the journal

, other factors, for example genetics, could play a role in whether or not you develop the disease.

Multiple sclerosis is an autoimmune disease of the central nervous system (brain and spinal cord).

It causes a disruption of the immune system, which attacks myelin, the sheath used to protect nerve fibers.

Evolving by "attacks", the disease is highly variable from one patient to another, but can lead to sequelae, and is one of the frequent causes of disability in young adults.

The American company Moderna announced last week that it had started clinical trials on humans of a vaccine against the Epstein-Barr virus.