Celebrate the transition from one year to the next in a virtual world to escape, for an evening, the coronavirus. The idea may seem improbable, even downright sad, but to celebrate the arrival ... 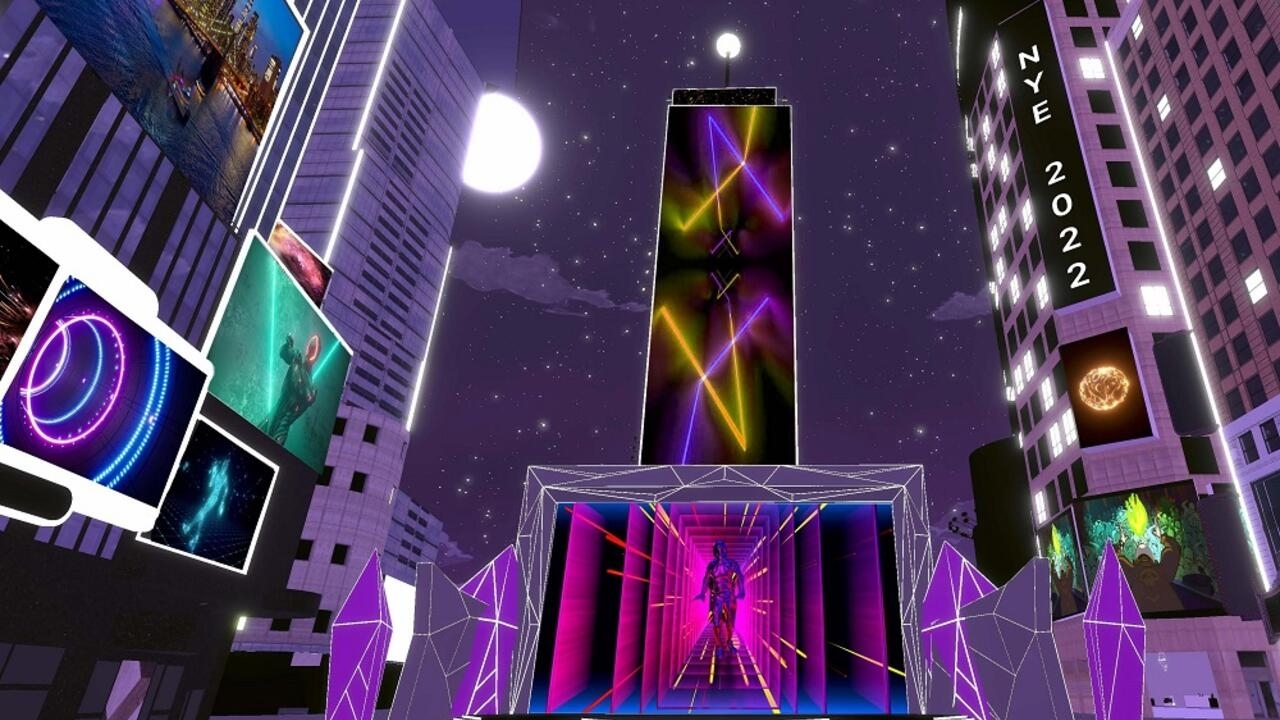 An American company is organizing its virtual New Year in a fake Times Square, in parallel with its event in the real Times Square in New York.

Celebrate the transition from one year to the next in a virtual world to escape, for an evening, the coronavirus.

The idea may seem improbable, even downright sad, but to celebrate the arrival of 2022, parties are organized in virtual worlds, with one objective for the organizing companies: to take the opportunity to earn some money.

What to do for New Year's Eve?

Video game publishers around the world are offering an option for those who don't have a plan, can't go to friends, family, or don't want to.

They can now put on their virtual reality headsets or turn on their computers to dive into a virtual world, hoping to have a good evening, or not.

For several years now, events have been taking place in certain virtual worlds.

More or less qualitative shows, which had the advantage of exploring in a new way the visual universe of artists… but also of generating turnover.

For ten euros, Fortnite players could buy a

, a new form for their avatars, bearing the likeness of Ariana Grande.

A New Year in Times Square

To celebrate the New Year, even though the coronavirus crisis is far from over, we should therefore expect that parties will also take place in the metaverse, these immersive virtual worlds.

Even more now that Facebook is called Meta, and promotes from its Horizon World.

But what is new is that companies in other sectors are starting to transpose their businesses into virtual worlds.

The real estate company Jamestown, which owns several buildings in Times Square, the famous New York plaza, has invested in the virtual world Decentraland to buy plots there and reproduce part of Times Square.

The company does not specify how much it spent, but assures that this purchase is part of the "

With the hope, one day, of selling apartments… which do not exist, except on a server.

Every year, Jamestown orchestrates the descent of the Times Square luminous ball on its One Times Square skyscraper to celebrate New Year's Eve.

However, since last year, with the limited gauges to fight against the coronavirus, the company is organizing the same event in parallel ... but in the virtual world.

During this special evening, called

, the descent of the luminous ball and a virtual pyrotechnic show will be held in the game, free of charge.

But not everything will be open access: paying VIP lounges on the roofs are planned, as well as virtual art galleries, which will allow the

We're having a party in the #metaverse!

Paris Hilton is organizing an evening on the RoBlox video game platform to celebrate 2022. There too, money in sight for the star: it will be necessary to pay to obtain accessories, virtual clothes, as well as to book a jet ski tour in its false property.

The public sector is not left out.

What city other than Seoul could have embarked on virtual worlds first?

- will run until 2026, will be launched by the city on New Year's Eve. A public-private alliance so as not to leave the digital giants with the monopoly of virtual reality.

The traditional Bosingak bell ceremony, which does not ring until midnight for the New Year, will be transposed into the virtual world, and South Koreans will be able to follow it on their laptop or computer.

Later, the mayor's office and administrative services will gradually be duplicated in the virtual world.

Whether we like it or not, virtual worlds will impose themselves in our lives.

They have gained momentum in 2021 and will continue their ascent in 2022. Will they have enough natural resources to celebrate 2030?

We would lean more for the second hypothesis.