For years, the West Indian population has been fighting to have the responsibility of chlordecone, an ultra-toxic insecticide, recognized in the high number of prostate cancers in workers… 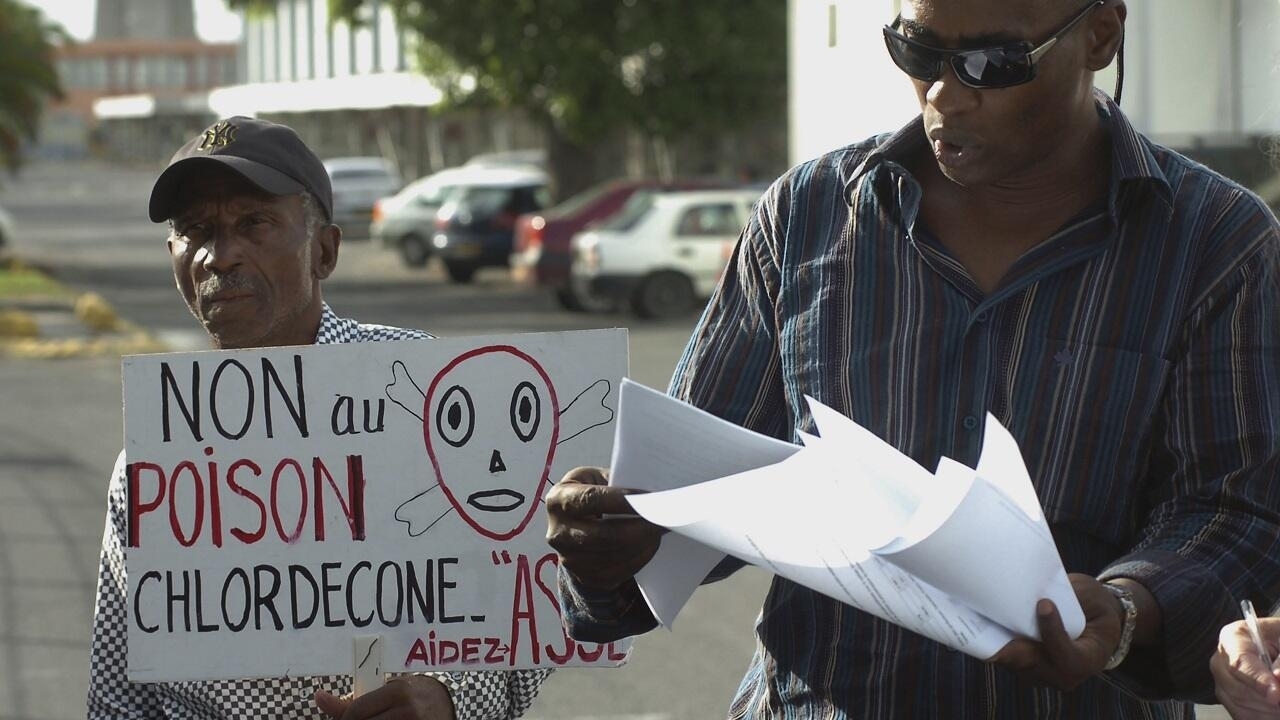 Chlordecone poisoning in Guadeloupe and Martinique has deeply affected the West Indian population.

For years, the West Indian population has fought for recognition of the responsibility of chlordecone, an ultra toxic insecticide, in the high number of prostate cancers among banana workers.

The decree which admits prostate cancer as an occupational disease of banana workers finally appeared on Wednesday.

, marketed under the name Képone or Curlone in France, was used in the French West Indies against the banana weevil from 1972 until 1993. It is an organochlorine insecticide, toxic to all living organisms, which has been classified as possible carcinogen by the WHO in 1979. It is strictly forbidden to purchase and use in Europe since 2004 by the regulation on POPs (Persistent Organic Pollutants).

For more than 20 years, banana workers were sprayed with chlordecone, and everyone who handled the pesticide was contaminated.

The number of prostate cancers is twice as high in Guadeloupe and Martinique than in the mainland, and the summary of studies carried out by Inserm in 2019 confirms the link between these pesticides and the disease.

In the United States, a decisive alert

Chlordecone was first synthesized in the 1950s in the United States and then used until the explosion at the manufacturing plant in Hopewell, Va., In 1975:

and the nearby river, the James River, polluted to the mouth, saw dead fish washed up on the banks. Fishing will be prohibited there for 13 years. Following this disaster, chlordecone was banned in the United States from 1977.

But we are in the midst of a “banana trade war”, and France wants to continue producing and exporting.

Chlordecone will therefore not be banned before 1990. From 1978 to 1990, the product no longer being manufactured in the United States, the large West Indian growers financed the construction of factories to synthesize it in Brazil.

After the ban in 1990, they requested and obtained, until 1993, derogations after derogations, the right to continue to treat banana plantations with chlordecone, in order to sell off the stocks.

The decree published this Wednesday, which recognizes prostate cancer as an occupational disease, is part of the fourth Chlordecone Plan (2021-2027).

It allows the compensation of the farmers concerned via a fund created in 2020, intended to compensate people with diseases linked to the use of pesticides.

All banana operators and employees will be able to apply for this status on two conditions: that they have worked for at least ten years in contact with chlordecone - even if men who have been exposed for less than ten years can still apply - and that less than 40 years have elapsed between the last exposure and the diagnosis of prostate cancer.

For Mathieu Schuler, from the Health Security Agency, “

prostate cancer is a slow progression cancer, and a period of 40 years between the last exposure and the onset of the disease is a very broad parameter which makes it possible to take into account a very delayed effect

Chlordecone is a persistent organic pollutant: its molecule is almost indestructible, it can remain active in soils for 650 years.

Several solutions have been tested.

But it is impossible to get rid of chlordecone on a large scale, except by replacing the first 50 centimeters of contaminated soil with clean soil.

The toxic product has infiltrated the land of the banana plantations, contaminating the fresh water, the tropical rains which gully the soils carry the contaminants to the sea: polluted areas, market gardens, places dedicated to shore fishing. by the sea, are not recommended, or even prohibited.

In 2018, a study by Public Health France showed that more than 90% of Martinicans and Guadeloupeans are contaminated with chlordecone.

This health scandal should remain at the center of the

for a long time to come