The Spanish caviar consumed by the royal house of Abu Dhabi

It is one of the most exclusive foods, a delicatessen within the reach of very few due to its price. Manjar de reyes, it is estimated that the caviar industry moves about 800 ... 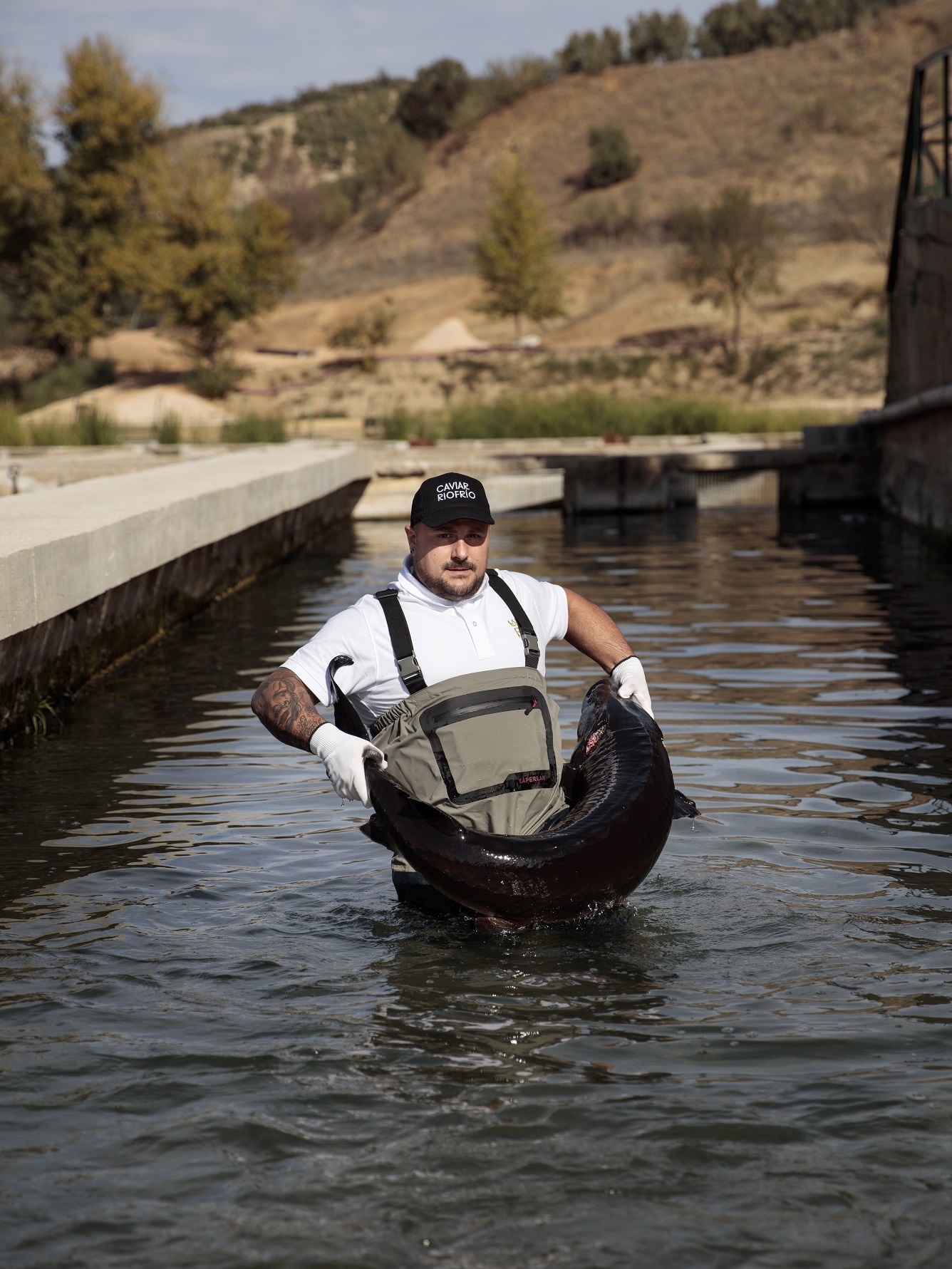 It is one of the most exclusive foods, a

delicatessen within the reach of very few

due to its price.

Manjar de reyes, it is estimated that the caviar industry moves about 800 million euros annually in sales worldwide.

In Spain, the legal consumption of the so-called

(which comes from certified fish farms and with permission to produce it) is between nine and ten tons per year (about 15 and 20 million euros), mainly imported, although national production falls time is gaining more followers, both in our country and abroad.

, founded in 1963 by Dr. Domezain, Navarrese and pioneer of fish farming in Spain, is one of those companies of national production that does not stop growing. Since the 80s of the last century, they have in their facilities in Riofrío, a small town in the province of Granada, in the same Guadalquivir basin, with tens of thousands of sturgeons, mainly of the

(from small fingerlings to adult females between 18 and 20 years old), with whom they carry out the complete caviar production cycle. The jewels of the fish farm are the females between 16 and 18 years old, from which the roe are extracted, after slaughtering the fish, which give rise to an

considered by experts among the best in the world;

nothing to envy the Russians or Iranians and very similar to the wild that was consumed 25 years ago, today non-existent because everything comes from aquaculture.

One of the pool workers at Caviar Riofrío with an adult sturgeon.

These days, the pace of the company is accelerated by the arrival of the holidays.

is almost as seasonal as nougat

. Between 60% and 70% of our sales are carried out in the last months of the year", says David Montalbán, commercial director of the firm, who in 2018 suffered a terrible flood that caused numerous damages in the facilities, which caused the loss of 80% of the adult female sturgeon they had.

Despite the catastrophe, Caviar Riofrío has managed to partially recover: "we are talking about fish that need between 16 and 18 years to reach full maturity and to be able to produce caviar, that is, there is still a lot left until returning to the numbers from before," he says. Even so, it augurs a good end of the year for the company. "It is an exclusive product for its price, which is intended for a public with very high purchasing power, but at Christmas and special celebrations, the spectrum of clientele opens up a little more in terms of economic level, to spend

that It costs a can of about 30 grams [quantity for two people, 3 or 4 tablespoons each] ”, he continues.

At present, Caviar Riofrío, which in 2000 became

the first organic caviar in the world

and was awarded the Food of Spain Award for Organic Production 2020, annually produces about 1.2 tons of caviar (from a 20 kg female about 2 and 3 k of roe are extracted), between 15% and 18% of the total Spanish market. 80% of this production is destined for national sale (through the website and Riofrío's own store, the hospitality industry, and gourmet and high-end stores), while 20% is exported to around 15 countries. "The main consumer this year for us is Denmark, in terms of volume, then France and the United Kingdom," says Montalbán. However, this year,

the brand has entered the United Arab Emirates with great force.

, specifically in Abu Dhabi, "where we have a great client: the royal family. It has become a fairly important point of consumption in recent months."

The caviar that everyone likes

What is the difference between Riofrío caviar and Russian or Iranian, for example?

According to the director of the Malaga company, today, 80% of the market is controlled by China, but the quality of caviar does not depend so much on the origin as on the conditions in which the animal is raised and fed, processes controlled by the Business.

"For that reason, the difference would be given by the location, the climate and the quality of the water, as well as the ecological feeding of the specimens. The flavor and texture of our roe

, which now it no longer exists, because everything is aquaculture. It has to taste like sea, shellfish ... not fish, "he says.

Two biologists ultrasound a female sturgeon to see the status of the roe.

The usual process to obtain caviar is the sacrifice of the female prior to the extraction of the gonad where she keeps the eggs.

"There are other techniques that remove the roe without sacrificing, but the traditional one involves the death of the female," says Montalbán.

Once the roe are extracted, the firm uses the sturgeon meat to freeze and sell it or to make smoked or canned fish with virgin olive oil.

"Before removing the caviar, ultrasound, biopsies and more studies are carried out on the females to verify that the quality and quantity is optimal and an animal is not sacrificed for a product that is not good. To the female that does not respond to these criteria is left to reabsorb its load of roe and reproduce again three or four years later. "

With the approximately three kilos of caviar from each female, the company fills one hundred 30-g cans.

Once the roe are removed, depending on the type of recipe that the company wants to make, they are washed to remove traces of blood, fat and viscera;

"Depending on the flavor and texture that we want to achieve, a maturation process of this roe takes place, which can last two, six and up to eight months, and results in very powerful flavors: mojama, herring, anchovy ...".

This production process does not exist in the organic market, which is the company's other (and main) line of business.

Here, the roe, once salted, is packed directly to preserve its original characteristics.

These are of different levels, although all of them go through the production phase, see and touch the fish ... and end with

a caviar tasting paired with champagne

Other visits are more personalized and exclusive, such as those that allow you to bathe with the sturgeons, do an ultrasound of a female to see the amount of roe or, the most peculiar: go, select a fish in the water, enter the kitchen, take it out. the roe and make your own caviar with the purchased specimen.

The caviar can then be brought home directly or left to ripen there until ready (price: between 10,000 and 12,000 euros, depending on the weight).

For visits it is necessary to book here.

GetawayCuéllar: why this medieval town among pine forests is one of the most beautiful towns in Segovia

The Madrid of ... Carmelo Gómez: "Madrid has a billion corners, no wonder people lose their heads because of it"

Well-beingThe OCU warns about the consumption of algae: they contain cadmium, a carcinogenic heavy metal