The fire on the first basement floor of the officetel... firefighters injured

Today, a fire broke out in an officetel in Busan and spread quickly on the exterior walls of the building. 17 people inhaled smoke and were taken to hospital, and four firefighters were injured during the rescue process. 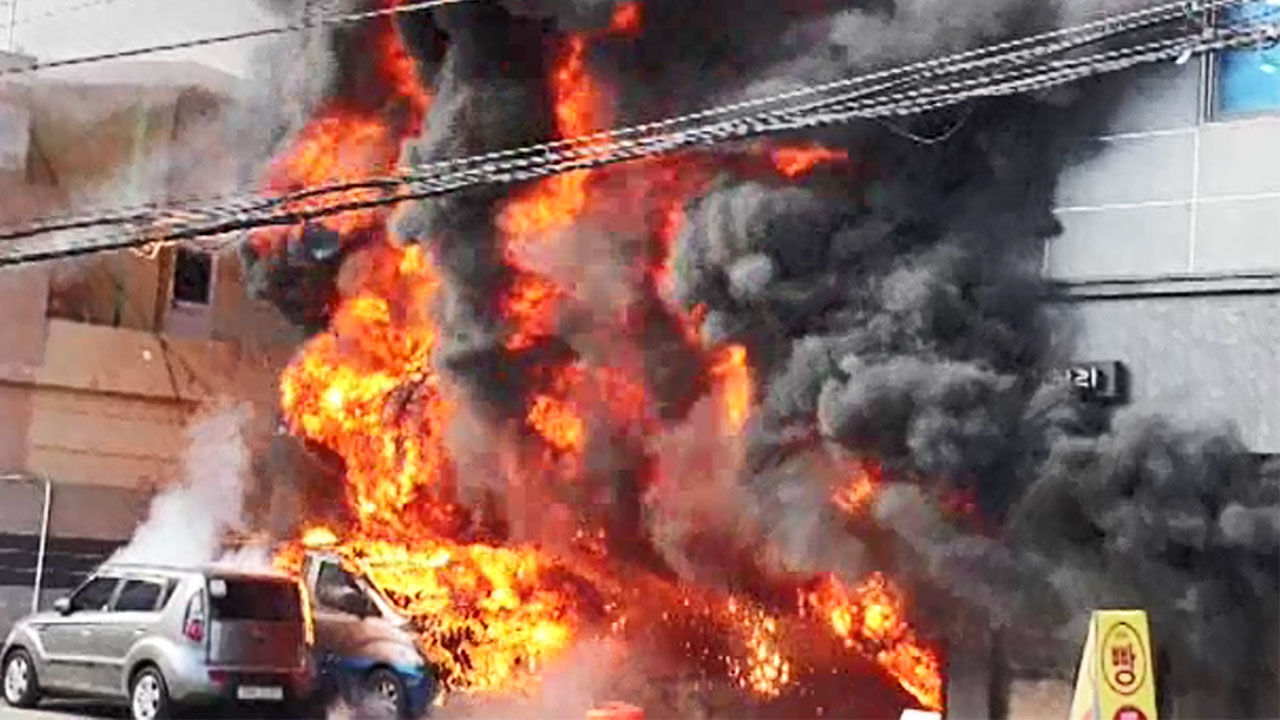 Today (9th), a fire broke out in an officetel in Busan and spread quickly on the exterior wall of the building. 17 people inhaled smoke and were taken to the hospital, and four firefighters were injured during the rescue process.

<Reporter> There is a

huge explosion with a lot of dust, and then the flames soar up.

The flames transferred to the parked cars burn terribly, engulfing the entire building.

At around 11 am today, a fire broke out in a 9-story officetel in Dongnae-gu, Busan.

The fire started on the first basement floor, and spread quickly through the exterior walls.

[Kwak Hak-dong / First reporter: Suddenly, 'Gigijik, boom!' As it sounds... . I went out with a fire extinguisher, but I couldn't stand it. It was too hot.]

Eight residents who could not get out were isolated on the roof and were rescued within 2 hours, and 17 other residents and the manager were taken to the hospital by inhaling smoke.

[Officetel tenant: It's absurd. Because I can't even go home. I left the phone in the house for a while and then came back and it caught on fire... .]

At the time of the fire, it was known that there was welding work for repair in the mechanical parking lot on the first basement floor.

Four firefighters were also seriously injured, including two 119 rescuers who were using ropes to go down to the basement to rescue workers.

The exterior wall of the building was built using the dry-bit method, which is vulnerable to fire, increasing damage.

So, firefighters had a difficult time putting out the fire.] The

fire burned down the exterior wall of the building and all four parking cars, and was put out in about three hours.

Police believe that the fire was caused by a spark during welding, and the exact cause of the fire is being investigated.