A group of scientists from Russia, China and Japan have invented a substance that can decompose organic pollution into water and carbon dioxide in sunlight. A new catalyst for starting such a reaction was created by combining particles of two substances into a nanocomplex - amorphous molybdenum oxysulfide and boron oxynitride. The researchers note that in terms of its useful activity, the resulting substance can surpass analogues by 100 times. 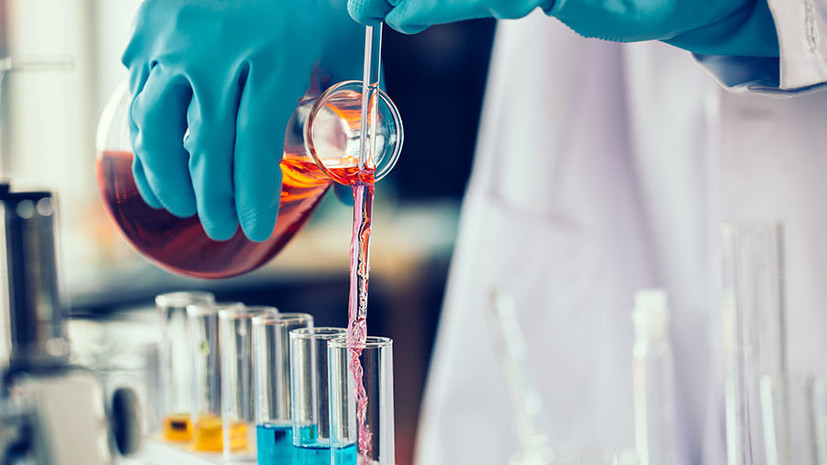 Scientists from NUST MISIS together with colleagues from FEFU, Fudan University (China) and Tokai University (Japan) have created a new compound for photocatalytic water purification from organic contaminants.

This was reported to RT by the press service of NUST MISIS.

The study was supported by the Russian Science Foundation (RSF).

The results are published in the international scientific journal Nanomaterials.

Photocatalytic decomposition of organic pollutants is considered one of the most environmentally friendly wastewater treatment technologies.

To start the reaction of decomposition of organic matter into water and carbon dioxide, the presence of a catalyst and sunlight is necessary.

At the same time, the catalysts themselves should not harm the environment, should not be toxic, and should also have a long service life.

A group of Russian and foreign researchers have developed nanohybrids for photocatalytic water purification based on non-toxic compounds - amorphous molybdenum oxysulfide and boron oxynitride.

Both components of nanohybrids are non-toxic and chemically stable, according to the press service of NUST MISIS.

As noted by one of the authors of the study, a researcher at the laboratory "Inorganic nanomaterials" of NUST "MISiS" Andrei Matveev, molybdenum sulfide itself is considered one of the promising catalysts for the photodegradation of organic waste in water.

It has high activity due to the presence of unsaturated bonds in sulfur, the activity increases with the replacement of chemical bonds with oxygen.

“Therefore, we assumed that amorphous molybdenum oxysulfide should have many active centers and, accordingly, high catalytic activity,” Matveev explained in an interview with RT.

As the researchers note, they were able to apply a new synthesis method, which made it possible to increase the activity of the resulting catalyst.

Laboratory experiments have shown that nanohybrids are not only stable, but also remain highly active for a long time.

According to the developers, the efficiency of the new photocatalyst can exceed that of other materials of the same class by a factor of 100.