"Yellow substance in Dunkin' dough" video, police judged to be some manipulation

The police judged that the video that caused controversy over poor hygiene, including scenes of foreign substances falling on the dough at the Dunkin Donuts production plant, was partially falsified and handed over the photographer to the prosecution. 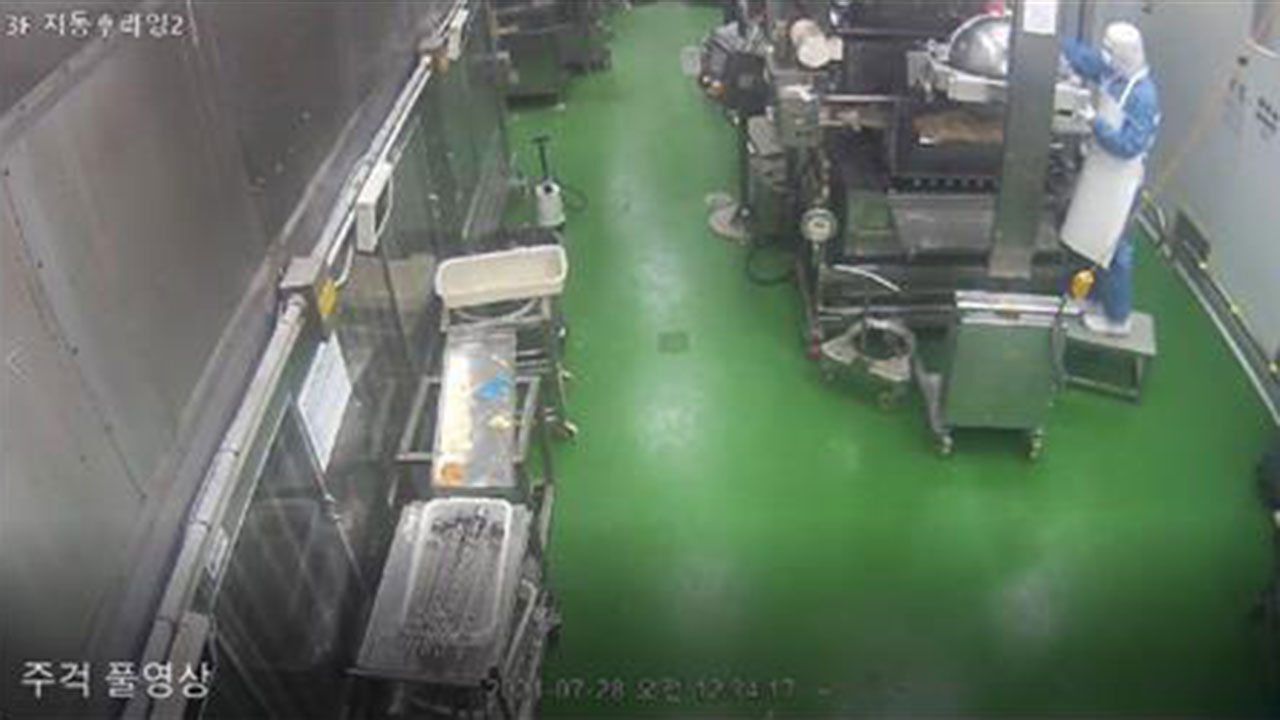 The police judged that the video that caused controversy over poor hygiene, including scenes of foreign substances falling on the dough at the Dunkin Donuts production plant, was partially falsified and handed over the photographer to the prosecution.

The Anyang Dongan Police Station in Gyeonggi Province investigated a case in which BR Korea, affiliated with SPC Group, which operates Dunkin Donuts, sued A, a worker and videographer of the Dunkin Anyang factory, on charges of obstruction of business, and sent him without detention to the prosecution with the opinion of indictment. ) said.

Earlier, on September 24 of this year, Mr. A filmed a video showing hygiene problems, such as yellow substances other than ingredients falling on the dough at the Anyang factory, and reported it to the Justice Party lawmaker Kang Eun-mi's office.

This video was transmitted to KBS through the parliamentary office and was reported through the news on the 29th of the same month, causing outrage among consumers.

In response, BR Korea raised the possibility of manipulation of the reported video through a press release on the 30th of the same month and requested the police to investigate.

At that time, BR Korea said, "After checking the CCTV in the factory, it was found that on July 28, Mr. A was filming secretly on a line with no one around using a pen-type small camera. "It was like trying to drop it and scraping it off with a rubber spatula to make it fall well on the dough."

"This scene has been confirmed to match the appearance of the video used in the report," he added.

The police, who were handed the video along with the complaint, conducted related investigations such as summoning the accused and on-site verification, and determined that Mr.

A police official said, "We cannot disclose the details of the judgment, but based on video evidence, it was determined that there was an illegal act and the case was forwarded to the prosecution."

Regarding this, the chemical fiber food union of the Korean Federation of Trade Unions (KCTU), who raised the issue with Mr. A, said, “The purpose was to inform the contamination of food, and therefore the Anti-Corruption and Civil Rights Commission also recognized Mr. A as a informant of public interest.” “But the police clearly understood the intention. It is regrettable that the case was forwarded based on the video that did not work."

“Dunkin demands thorough hygiene from its franchisees, but it does not give its workers time to clean and is only focused on increasing sales,” he said. a situation,” he said.