The picaresque who hid in the 'houses of malice'

There was a time, back in the seventeenth century, when up to 6000 &amp; apos; casas a la malia &amp; apos; coexisted in Madrid, whose layout made it impossible to guess at a glance how many ... 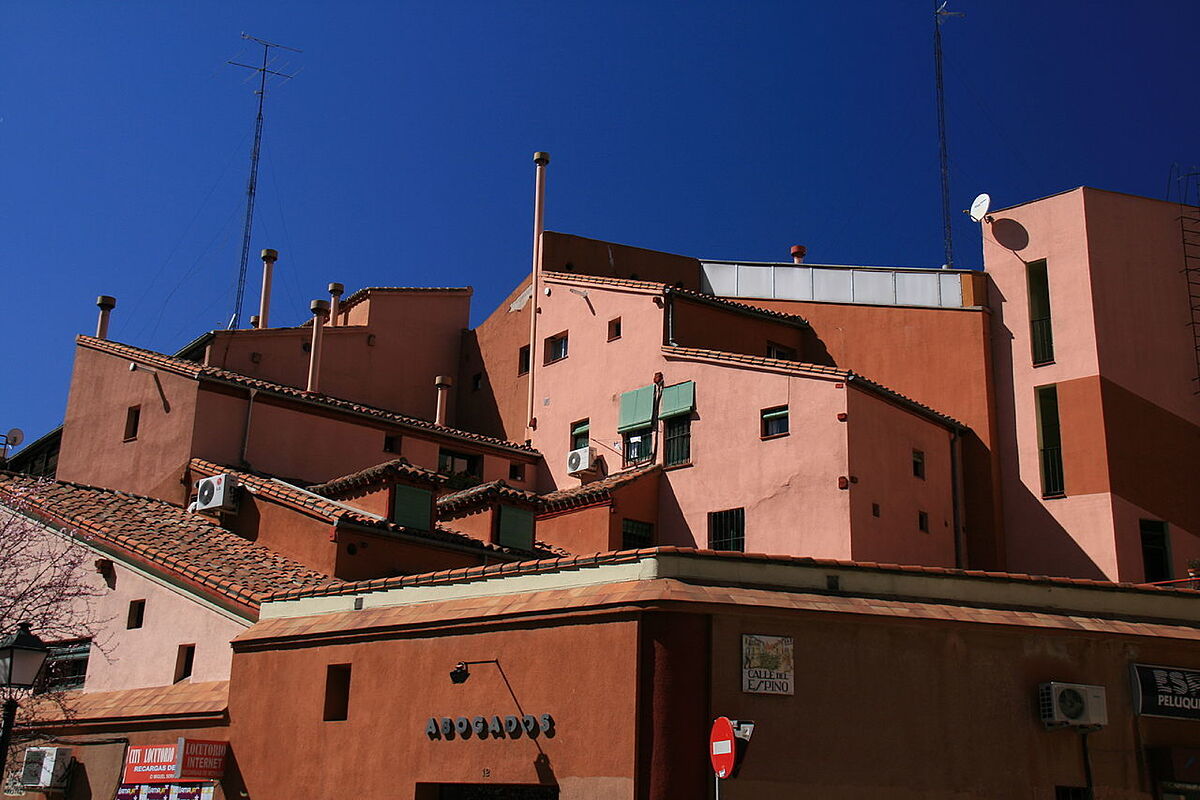 There was a time, back in the seventeenth century, when

whose layout made it impossible to guess at a glance how many plants they housed inside. Excessively sloping roofs, strategically disordered windows dotting the façade or cleverly concealed middle floors are some of the architectural tricks that are characteristic of this type of building.

Its proliferation was accelerated by the 'Room

, a measure that, in terms of José Luis Corral, author of

(El Avapiés), was born with the capital of the Villa itself, and reached almost the end of the reign of Elizabeth II. "With absolutely unique characteristics throughout the Kingdom, and that we know of in other countries, the 'Room Royalty' was one of the burdens, and not the only one, that Madrid has had to bear in exchange for the highly debatable advantage of being a Court ", explains the author.

This measure arose to force all the owners of the houses in the Villa to give up half of their farms for free, so that the court of Felipe II could ensure their accommodation in Madrid. Angry at such a disposition, the people of Madrid resorted to

different tricks to avoid it

, being that of reconditioning the houses in such a way that it was impossible to divide between two families one of the most notorious. While they were officially designated "houses of uncomfortable distribution", they became popularly known as "malice".

"It has been said that such houses looked like one story outside and had, however, two toward the inner courtyards. Totally false," denies Corral. "It was necessary to give more formal overtones to

which was the body that governed these tasks." Such denial has its reason for being in examples of up to three floors, arranged, of course, with all the intention of the trick: from quickly improvised cribs on the ground floors, to innocent-looking storage rooms located in the attics that, in reality , they were not such.

As a result of that mischievous fame of ours - as symbolic as it is ingenious -, it is not surprising today to locate this type of story,

nor is the outcome that this one had surprising

When the apartment charge was replaced by a tax, it contributed both to the rise in rents and to the increase in the price of land.

Faced with the impossibility of coping with such numbers, the new population was forced to settle on the outskirts.

CultureSantos Yubero, the rogue, authentic and captivating photographer: Indalecio Prieto got him out of jail, Carmen Polo adored him

HistoryThe brave women who raised Madrid: from the mutiny of the greengrocers to the "smoke that rises to the head" of the cigar makers