"I'm not a movie-watching guy," Jeremy Renner responds when asked how it feels to look back and observe his legacy in the Cinematic Universe ... 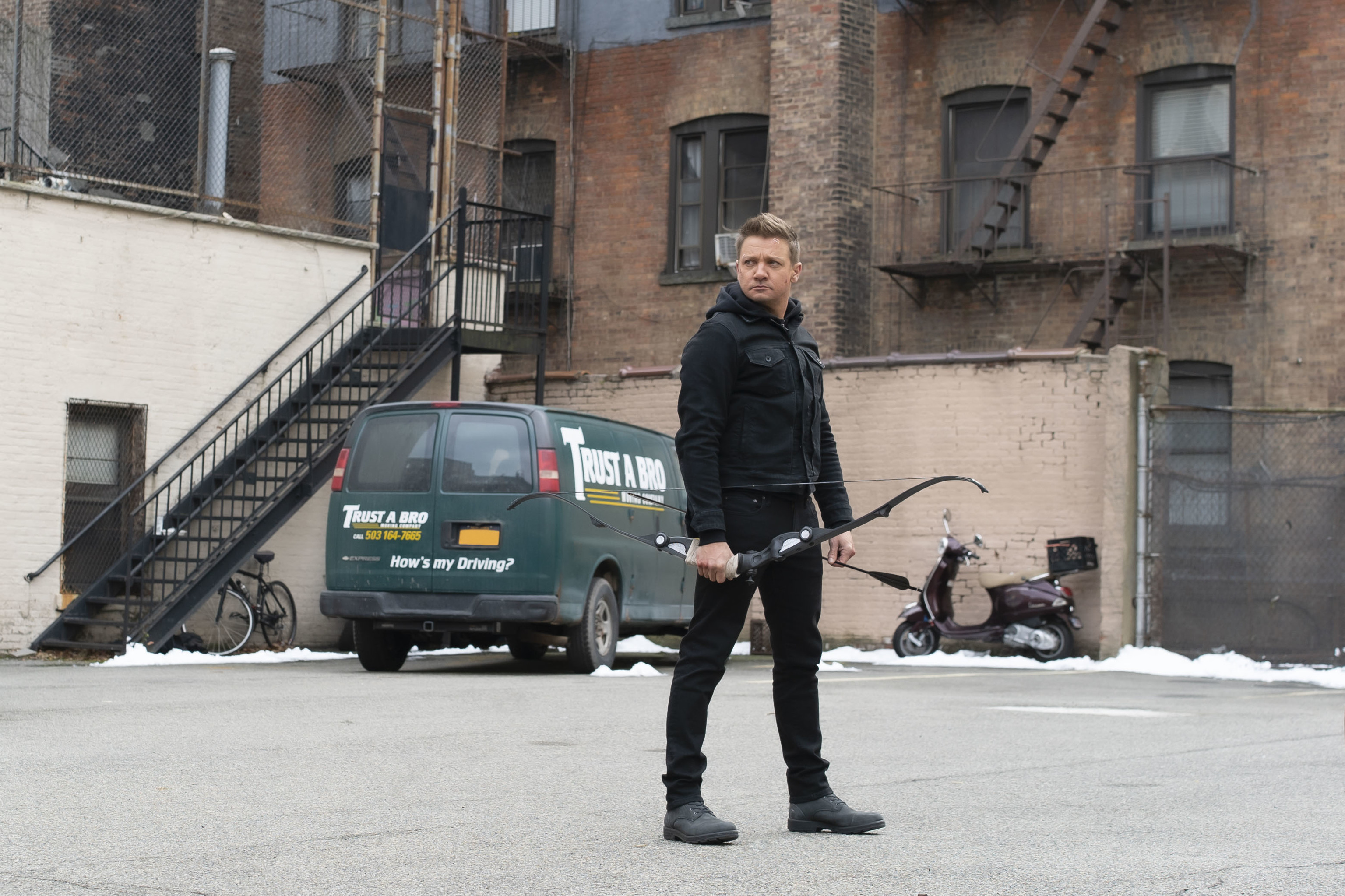 I'm not a guy to watch a lot of movies,

when asked how it feels to look back and observe his legacy in the Marvel Cinematic Universe, where he has played

(and relatives). It may seem like a show of reluctance, so he quickly qualifies it himself: "I haven't looked back too much, but I have a pretty good memory of what I've lived through during the last years I've been at Marvel. And they have to see above all with the

, the group that make up the original six avengers

, and the weight they have had in my life, because the experiences I have had with them are different from all the ones I have had, "he says.

But the truth is that now Hawkeye picks up the bow again, but in the category of former avenger and away from the cinema, although fully immersed in Phase 4 orchestrated by

. He premieres series on

and his first mission in it does not include time travel or the Infinity Gems. It is simply about

getting out of New York to join his family for Christmas

. But things will not be so simple, the past returns in a threatening way and the irruption of Kate Bishop (

), a young millionaire archer who dreams of being a superhero, will alter everything in an unexpected way.

"I've been in the shoes of Clint Barton for 11 or 12 years, but in this production we have

the equivalent of six hours of cinema

, which allows us to explore it thoroughly. It is a luxury to have so much time and connect it with new and incredible characters." And among them, of course, the brand new Bishop, a character who, in his opinion, has allowed him to "meet Clint Barton in a different way." For the Oscar-nominated interpreter for

, the important thing about his performance as a mentor is that it begins as "an obstacle, a nuisance" and ends up evolving into a relationship closer to that of two partners and that will lead "to

to be discovered as the series progresses. "

And everything in them, in a context as particular as Christmas, with the tropes that all this entails.

"I can not say for sure, but I think the idea of this scenario was the

Therefore, the Christmas spirit was established since fiction took its first steps.

"It was super fun to lean on these parties, because you know that Clint is a familiar man, it is part of what defines him in front of the other characters, so we feel that the Christmas season is presented as a perfect place to meet him in

a moment of potential peace and relaxation

and then enjoy watching all of that get interrupted and destroyed. "

But not only this particular holiday set the pace. So did the character's celebrated stage in the comics produced by

. "It was a great base for us visually and at various points in history," Renner points out, although it is something that could already be seen in the promotional material of the series and in its credits, which trace the art of the prestigious Valladolid artist to such an extent that many fans and authors

have claimed in networks

that their work is rewarded beyond simple recognition.

"The Matt Fraction and David Aja run was definitely a great touchstone for us.

enjoy the approach they put on the character of Clint

: they focused on the absurdity of the situation he lives in and Ultimately, they also taught us that this is

a guy who is struggling with his self-esteem

. For me it was such a clear, identifiable entry point, that after thinking about it again, I decided to go back to it because it seemed such a fun to see Clint Barton within the Marvel Cinematic Universe that I thought had to be the great point of contact with the viewer, "concludes Thomas.

RecommendationsFour good premiere series that you have to see

RecommendationsFive series that will make your bridge happy

Interview Loles León: "I think I have come to this world to entertain people and make them laugh"