The six Spanish cities that look best for Christmas

One of the most anticipated events at the beginning of the Christmas season is the lighting of the lights in the cities. The routes created by the consistories so that the ... 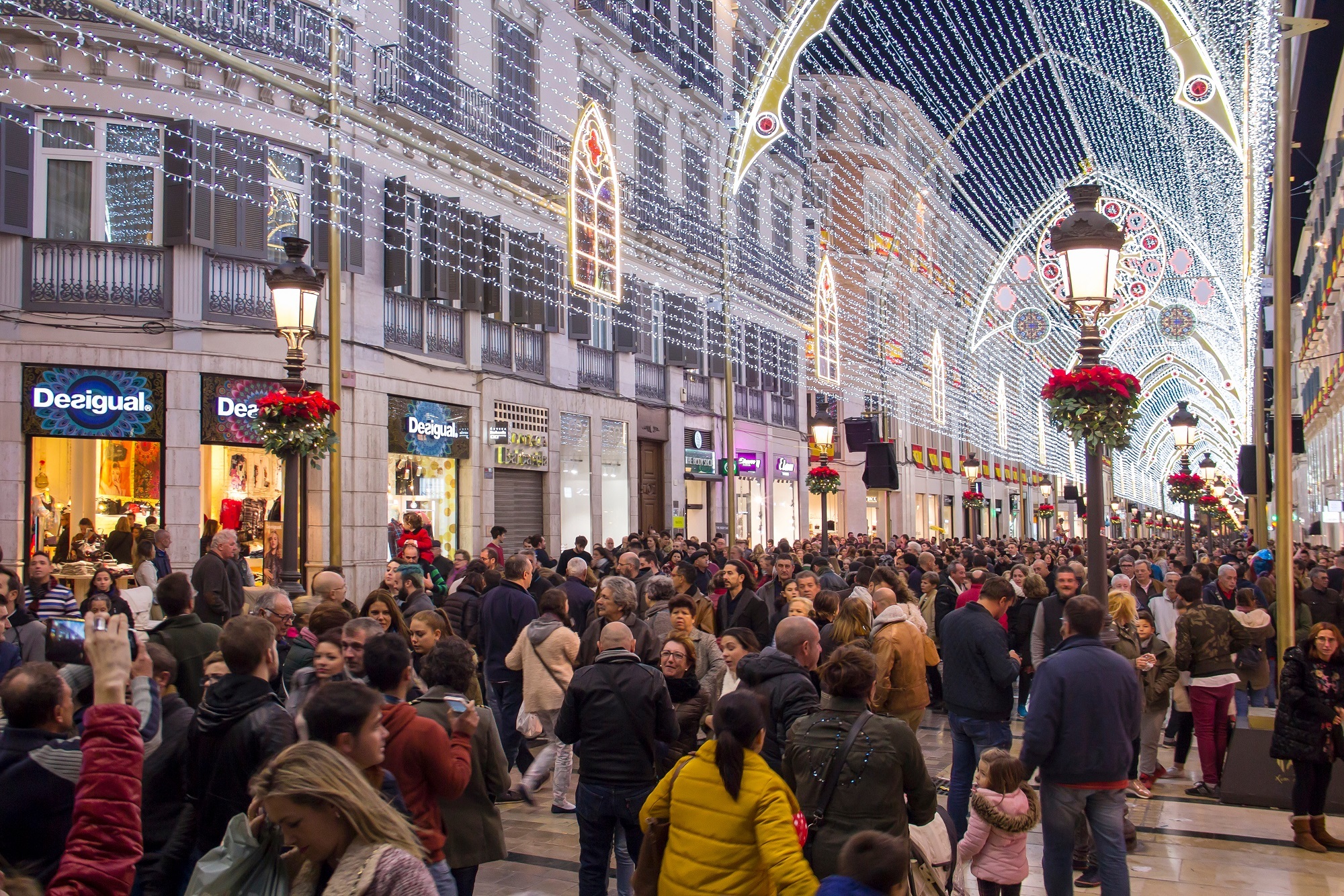 the lighting of the lights in the cities

The routes created by the consistories for citizens to travel on foot and by car through the hundreds of landscapes that make up the thousands of bulbs (led) that cover the streets, squares and buildings are a claim on these dates for residents and tourists.

Cities like Malaga and Vigo have already become real tourist attractions during Christmas, thousands of people come to these towns just to see the festive lighting.

There are them with greater and lesser taste but all of them provide light, color and, above all, joy.

We review six places that each year exceed the public's expectations when it comes to Christmas lighting.

In recent years, the Andalusian city has become one of the places in Spain that attracts the most people to see the Christmas lights, thanks mainly to the spectacular decoration of its central

For yet another year, the renowned avenue becomes

with 22 arches from which the sound and light show comes out (screenings are held between 7 pm and 10 pm).

In total, Malaga will have half a thousand streets, squares and gazebos with Christmas lights.

Among the novelties of this year, those of the Cathedral stand out, on whose side façade a

The determination of Abel Caballero, mayor of Vigo, to dazzle the International Space Station with the Christmas lights that he installs every year that, according to him, already reach 400 kilometers in height, has made the city one of the most illuminated in the world. world.

More than 11 million led lights decorate some 350 streets and squares of the Galician town, among which the Porta do Sol stand out, with its giant tree, the Cíes Market, the Ofeitoaman craft fair, which this year will be located in Praza of Compostela, etc.

The Three Wise Men and their camels in the recently opened Plaza de España in Madrid.

Five million led lights illuminate the capital of Spain with numerous designs made by renowned artists, designers and specialists, such as Ben Busche, Teresa Sapey or Sergio Sebastián. This year, in addition to the typical and more touristy streets and squares of Madrid, 25 new locations throughout the 21 districts have been illuminated, with the incorporation of new decorations in streets such as Preciados, Montera, Gran Vía and Jorge Juan.

(more than a ton in weight, with more than 800 balls, luminous cords and 27,000 points of light with LED technology).

The traditional figurative nativity scenes of the historical gates of the city (Alcalá, Toledo or San Vicente ...) and the great

luminous ball of 12 meters in diameter

at the crossroads between the street. Alcalá and Gran Vía street, in front of the Metropolis Building.

More than 100 kilometers of streets and squares will be illuminated until January 6 in Barcelona.

The most spectacular is that of

whose lights surround it creating a circle simulating rays of the sun, which will turn on and off like a heartbeat.

The decoration of Gran Vía and Aragón street are also a highlight;

on this occasion they have designs by the Estudi Antoni Arola.

For the first time, Ronda Sant Pere is lit up, between Passeig Sant Joan and Urquinaona, Carrer Blames is widened, from Diagonal to Ronda Universitat, and there are also Christmas lights in 39 municipal markets.

The large illuminated tree of the emblematic Plaza de Zocodover is one of the most photographed during Christmas in the imperial city, in which more than a million points of light have been installed, in addition to another 30 trees and five large pine trees. dimensions.

Avenida de la Reconquista has 20 arches with 80,000 points of light, as well as the Alcántara and San Martín bridges.

, in which another large Christmas tree has been installed illuminated in gold and red tones, will be the setting for

Toledo has a star

287 streets are illuminated this year in Seville to give more light and color, if possible, to the city of Seville.

most iconic ones in the center

(Avenida de la Constitución, Sierpes, Tetuán, Imagen, Campana, Laraña, Alfonso XII, Salvador and Asunción) have specific designs and is the area with the most illuminated roads.

two most visited points of the city to see the lighting.