The artisan empanada and elaborated with care live moments of splendor and there are more and more proposals featuring this bite, where the filling is as important as the dough ... 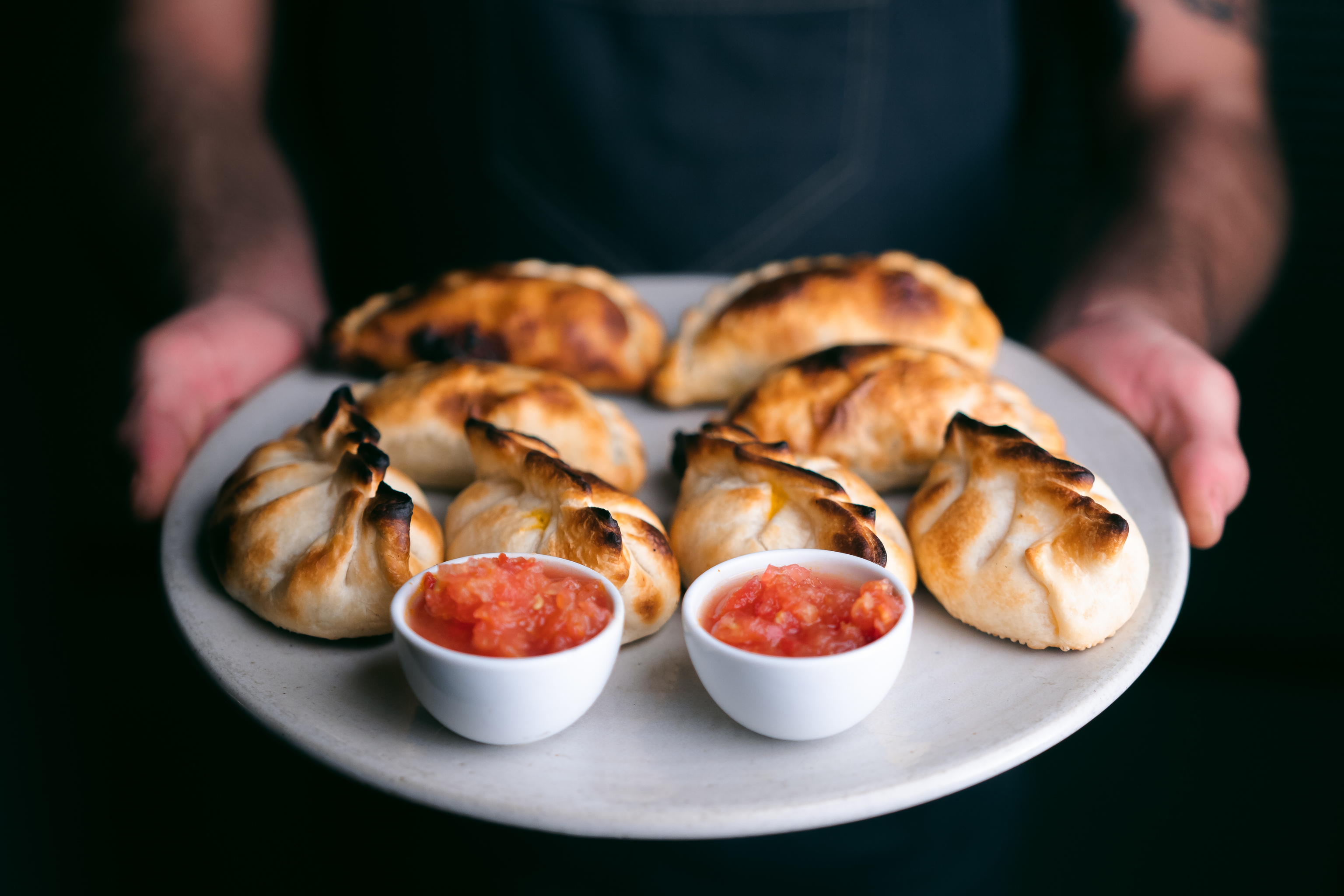 The artisan empanada and elaborated with care live moments of splendor and there are more and more proposals featuring this bite, where the filling is as important as the dough that surrounds it.

(Buenos Aires, 1966), who focuses on the authentic Argentine empanada, handmade, closed by hand and made with first-class raw materials.

According to Trocca, the meat ones are a must-taste;

They are prepared with meat from the

The offer is completed with ham and cheese, spicy meat also

cut with a knife

, cheese and onion, vegetables and corn.

At the moment, they are only served at home on the main

One of the 12 varieties of Classic Argentino.

, where they have a dozen stores, this brand arrives with its empanadas and Argentine ice creams. Behind this adventure are the Argentine

, who from the beginning set out to make this classic an exquisite bite. They arrive in the capital in delivery format and with 12 varieties where artisanal prevails, both when preparing the dough and the fillings, which are prepared daily. La Bomba, with York ham and its

and Cordobesa, with selected and minced beef, red peppers, spring onions, raisins and green olives, summarize well the essence of its menu.

Of the ice creams, the one with dulce de leche takes the cake.

Tuna with tomato, at The Pâtissier.

If at Christmas the panettone and the roscón by

are the undisputed protagonists, the truth is that the puff pastry empanadas and other savory delicacies offered in this space are gaining ground.

Its showcases are a real temptation: tuna and tomato confit -all a

and cheese, marlin meat and peppers ... «The dough is made

one day before Puff pastry

so that the flour is hydrated with the water and in this way the folds between butter and dough are better formed, ”explains Vélez.

The scallops, cod with raisins, octopus and tuna are the stars of this

that already has four stores in Madrid.

They sell their empanadas by weight

and make them daily in each local with artisan bread dough that is sent to them from Galicia and a sauce of onion and pepper with olive oil as a base.

: meat, chicken with mushrooms, mussels, pork shoulder with chorizo ​​... Galicians who come to try them usually ask for "

s, well known in Galicia and little in Madrid," they tell from Furancho .

Present for four years in Madrid, there is no neighborhood where this firm does not sell its

They are made daily with natural ingredients and traditional fillings and other more creative ones.

In its wide range (

) there are empanadas for all tastes: from the classic Argentine ones, such as humita -with corn, onion, red pepper and cheese- and the meat ones, to those that wink at others. international cuisines, to Mexico with that of cochinita pibil;

to Spain with the

But there is more

Up to 18 varieties serve in Forno de Lugo.

- a man from Madrid who at the age of 19 went to Castroverde (Lugo), the town of his parents - sold his artisan products

at fairs and markets

But the Covid arrived, almost its ruin and the change of business format and today it has 14 stores, 2 in Galicia and 12 in Madrid, the majority

associated with a former employee

In all of them, the stars are their breads and, of course, the empanadas - a good size (between 8 and 12 servings) - which are made with products from Km0 and arrive every day from Castroverde.

the classic ones of bonito, cod and meat;

In this family business in

(Santander) they have been working with

and they do it with real mastery.

and her sister are the fourth generation at the helm.

their polkas, their chocolate palms ... and their delicious empanadas with bonito del norte and tomato and Iberian chorizo ​​and bacon.

Gastronomy13 restaurants to travel the world without leaving Madrid