Armaments: nothing more can stop the French Rafale?

The sale, signed on Friday, of 80 Rafale fighters to the United Arab Emirates is not only "historic", but it also seems to confirm the good health of the French fighter plane for export these… 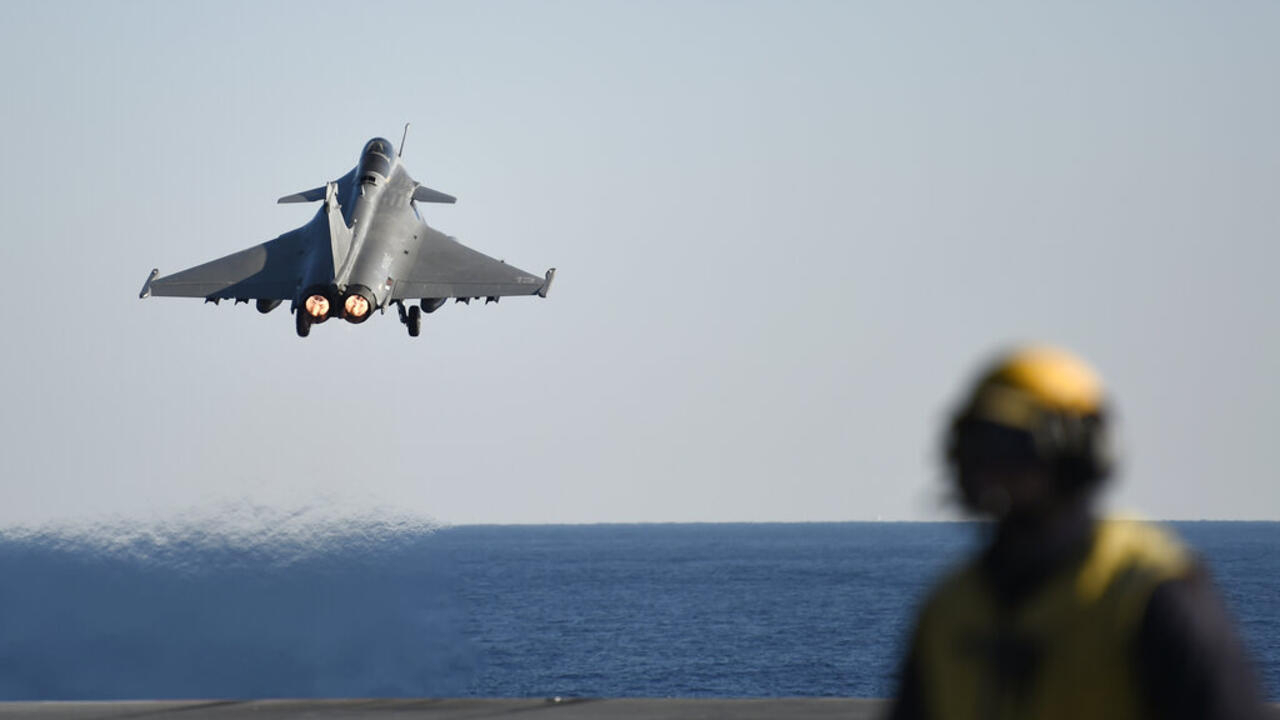 The announcement, Friday, December 3, of the contract for the sale of 80 Rafale in the United Arab Emirates was hailed as "historic" by the Minister of the Armed Forces, Florence Parly, while the CEO of Dassault Aviation, Éric Trappier, was delighted. of a "French success" which constitutes the contract "the most important ever obtained by the French combat aeronautics".

The boss of the Rafale manufacturer must have salivated when he saw the crown prince of Abu Dhabi, Mohammed ben Zayed al-Nahyane, affix his signature to this agreement of 16 billion euros (including 2 billion for armaments) , a record for the French aircraft manufacturer.

The Rafale is reborn from its ashes?

For Dassault Aviation, but also Thales (Rafale electrician), Safran (the engines) and several hundred subcontractors, it is a guarantee of activity for more than six years, since it takes at least a month to go out. a Rafale from the factory.

This sale - which is also good economic news for President Emmanuel Macron less than a year from the next presidential election - further strengthens the reputation of Rafale military aviation as a "phoenix".

During its more than 25 years of existence, this hunter first experienced a lot of lows.

Presented as the most advanced aircraft of its generation in its infancy, the Rafale struggles to sell abroad.

Until 2015, Dassault Aviation saw nothing coming.

And it's not for lack of trying - whether in Brazil, India or already in the United Arab Emirates (negotiations had been going on since 2008) - but the Rafale appears to be too expensive.

It is offered at around 100 million euros, and that's not counting the maintenance costs which are then "among the highest on the market", we can read in a law thesis published by the University of Toulon in 2011. Its competitors, such as the Eurofighter, the Swedish fighters from the Gripen group or even American planes, often sell for well below 100 million euros.

In fact, the tricolor aircraft was at the time locked in a vicious circle: with more orders, Dassault Aviation could make economies of scale and sell cheaper, but foreign countries are reluctant to buy it because of the price. .

And it is not the French market that can allow it to sell much more.

However, the Rafale proved its worth in Libya and Afghanistan at the end of the 2000s. Something to arouse more interest.

The baptism of fire in real conditions of the French hunter constitutes the tipping point, according to the economic daily La Tribune.

This is what would have led Egypt to become, in 2015, the first purchaser outside the French army of about twenty Rafale.

The contracts were then "multiplied" until the one signed with the United Arab Emirates, which thus became the sixth member of the Rafale foreign customer club alongside Egypt, India, Qatar, Greece and Croatia.

The sales signed in Dubai even allow the Rafale, which has struggled so hard to leave its French nest, to become an aircraft more sold abroad than in France (236 internationally, 192 for France).

The heavy shadow of the American F-35

But this story of a rebirth that would make the Rafale, once described as a "cursed plane", a "success story" which is embracing a growing number of countries must be put into perspective, warns Alexandre Vautravers, security and weapons expert and editor in head of the Swiss Military Review (RMS), contacted by France 24. "This remains far below what direct competition, starting with the American F-35 from Lockheed Martin, announces at the same time", specifies this Swiss specialist .

Lockheed Martin has already sold nearly 1,000 F-35s around the world, and that's not counting orders from the US military itself.

A more extensive order book which allows the American manufacturer to achieve what Dassault Aviation has not been able to: lower the price thanks to economies of scale.

From where an uncomfortable situation for the Rafale: the F-35 is less expensive while being more recent (in service for only 15 years) and "40% more efficient according to the estimates of the Swiss authorities", underlines Alexandre Vautravers.

The two planes are in the same niche of versatile fighters or "omniroles" in the official jargon of Dassault Aviation.

That is to say that during the same mission, they are able to fight for air superiority - traditional mission of the fighters -, to carry out bombardments and operations of support of the armies on the ground.

But the F-35 can, in addition, fly in a completely stealthy way, which is not the case of the Rafale, and has a greater autonomy.

The main advantage of the French aircraft manufacturer is geopolitical.

"The best selling point of the Rafale is that they make it possible to circumvent a possible American embargo", assures Alexandre Vautravers.

That is to say that if Washington decides to strike a country with economic sanctions, it is better not to depend only on American equipment to defend itself, and "the Rafales - just like the Russian systems - make it possible to diversify", underlines the Swiss expert.

Overall, Rafales are selling better above all "because there is a growing market for all players".

The real test, according to him, to assess how popular the French aircraft are is to count the new countries where Dassault has won against its competitors.

Most of Rafale's sales were made "in countries which already had French planes," said Alexandre Vautravers.

Egypt, Greece and the United Arab Emirates have all signed to renew French Mirage fleets.

In other words, France has not really made new customers.

This is why the current negotiations to sell 36 French planes to Indonesia are so important for Dassault Aviation.

It would be the first country to convert to "made in France" since the flight of the first Rafale.